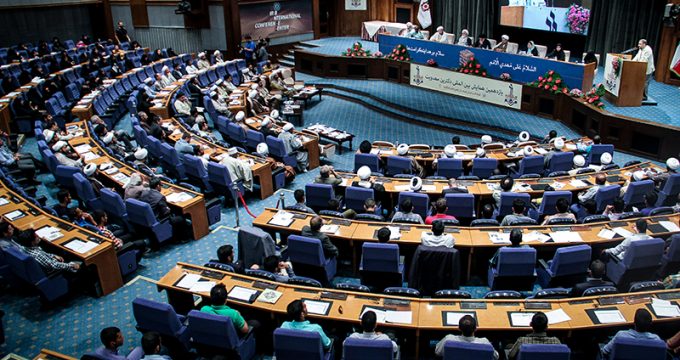 Tehran, May18, The Iran Project-  Iran set to hold The 12th edition of the International Conference on Mahdism Doctrine in the Iranian holy city of Qom.

Bright Future Institute (Institute of Mahdavism) chief, Hojat-ol-Islam Seyed Masoud Pourseyedaghayi, elaborating details of  12th International Conference of Mahdism Doctrine said that that 11 conferences have been held with the aim to develop and deepen the thought of Mahdism so far.

He described cooperation between Hawzah (seminaries) and University as one of the conference’s great achievements.

Also, he said that while the previous editions of the international scholarly event used to be held in Tehran, it was decided that the holy city of Qom, which is home to the Islamic seminary, host the program this year.

Pourseyedaghay reiterated that the secretariat has received 45 foreign articles and as will 15 foreign guests would be present in the conference from different countries including India, Pakistan, Jordan, Germany and Spain.

‘Apocalyptic prophecies from the perspective of the Abrahamic religions’ will be the main theme of the event this year.

The 12th Mahdism Doctrine International Conference will be held on Thursday and Friday, May 19-20.

The Bright Future Institute holds the international event every year on the fifteenth of Sha’ban (in the lunar Hijri calendar), the auspicious birthday of Imam Mahdi (May God hasten his glad advent), to bring together researchers in messianic sciences, according to the website of the institute.