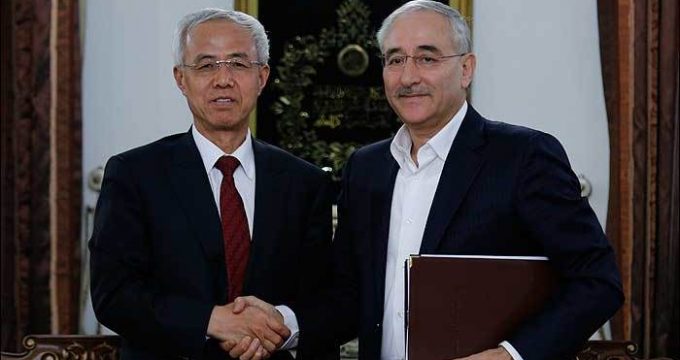 TEHRAN, May 15 (Shana) – Iran and China have signed a 5-year deal to cooperate in oil and gas fields.

From Iran Amir Hossein Zamaninia, deputy petroleum minister for international affairs and trading, and from China, Deputy Administrator of National Energy Administration of China Zhang Yuqing signed the document in Tehran on Sunday.

“The deal paves the grounds for the cooperation of Iran and China,” Zamaninia told reporters following signature of the deal.

He said the deal concerns sale of crude oil and gas condensates, exploration and development of oil and gas fields, enhanced recovery of oil and gas, construction of oil and gas parts and equipment and investment in various oil, gas, refining and petrochemical projects in Iran.

The Iranian official said Iran will never forget the presence of Chinese companies in Iran during the embargo era, expressing hope that major Chinese companies will continue their presence in Iran under the newly-developed oil contracts.

He said Iran expects Chinese companies to fulfill their promises on time and with an acceptable level of quality and Iranian companies will pay the Chinese developers in accordance with the contracts they will sign with them.

The official added that Chinese companies are now buying 600,000 barrels per day of oil from Iran.

#IranDeal, Amir-Hossein Zamani-Nia, Zhang Yuqing May 16, 2016
A Look at Iranian Newspaper Front Pages on May 16
IRGC commander: Iran to stage more drills after US opposition