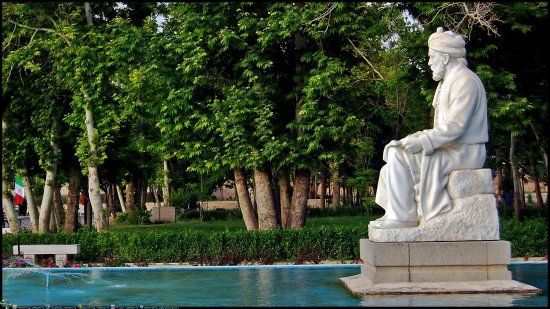 Shahnameh stories teach all Iranians lessons of courage, honesty, sacrifice, patriotism and commitment, Minister of Culture and Islamic Guidance Ali Jannati said at the three-day commemorative conference of the great Persian poet Ferdowsi in Mashhad, Khorasan Razavi Province, on Friday (May 13).
Titled ‘Shahnameh After Shahnameh’ the event was held at the Ferdowi University of Mashhad.

Jannati pointed to the book “as one of our nation’s epical documents” which has been read by all people, “from the capital to the remotest villages,” ISNA reported.

Ferdowsi (940-1020), the author of the epic Shahnameh (Book of Kings) which is the world’s longest epic poem created by a single poet, is celebrated as the most influential figure in Persian literature. The poet continues to revive national and epic stories and history of Iran and breathe new life into Persian language and literature, and therefore he enjoys a lofty status and is venerated as Iran’s national poet.

Shahnameh mainly includes mythical and historical tales of the Persian Empire in the past. “Ferdowsi has elegantly interwoven philosophical and social messages in his epic poems which have added to the charm of his work,” the minister noted.

He asked literature and history researchers to extensively explore the historical, mythical and literary aspects of the epic and complete the efforts of Shahnameh scholars to further introduce this spiritual heritage of Iranians to the world.

The Persian translation of the book ‘Shahnameh and Poetry in Ferdowsi’s Time’ written by Tajik researcher and professor at Tajik National University Khodaee Sharifzadeh, was unveiled at the event in the presence of the author.

The book is a scientific survey on the historical and literary aspects of the Shahnameh and discusses the different types of literary genres in Ferdowsi’s work.

The translation of Shahnameh into Turkish, book of articles on ‘Shahnameh After Shahnameh’ conference and first two volumes of Paj Quarterly (related to Ferdowsi Cultural Center) were other works unveiled at the event.

A commemoration ceremony for Ferdowsi was also held in Dushanbe, capital of Tajikistan, on May 14.

The event included two exhibitions displaying pictures from Shahnameh stories, a theatrical play on the famous story of Rostam and Sohrab performed by Tajik actors and unveiling of Sharifzadeh’s book.