A Look at Iranian Newspaper Front Pages on May 12

IFP has taken a look at the front pages of Iranian newspapers on Thursday and picked headlines from 17 of them. IFP has simply translated the headlines and does not vouch for their accuracy.

Iranian newspapers on Thursday focused on the remarks made by US Undersecretary of State Wendy Sherman on Iran Talks almost one month ago, which were newly translated by Fars.

The pro-JCPOA statements by Ayatollah Akbar Hashemi Rafsanjani were also a hot story.

The papers also covered the appointment of Abdolali Aliasgari as the new head of Islamic Republic of Iran Broadcasting (IRIB) following the resignation of Mohammad Sarafraz. 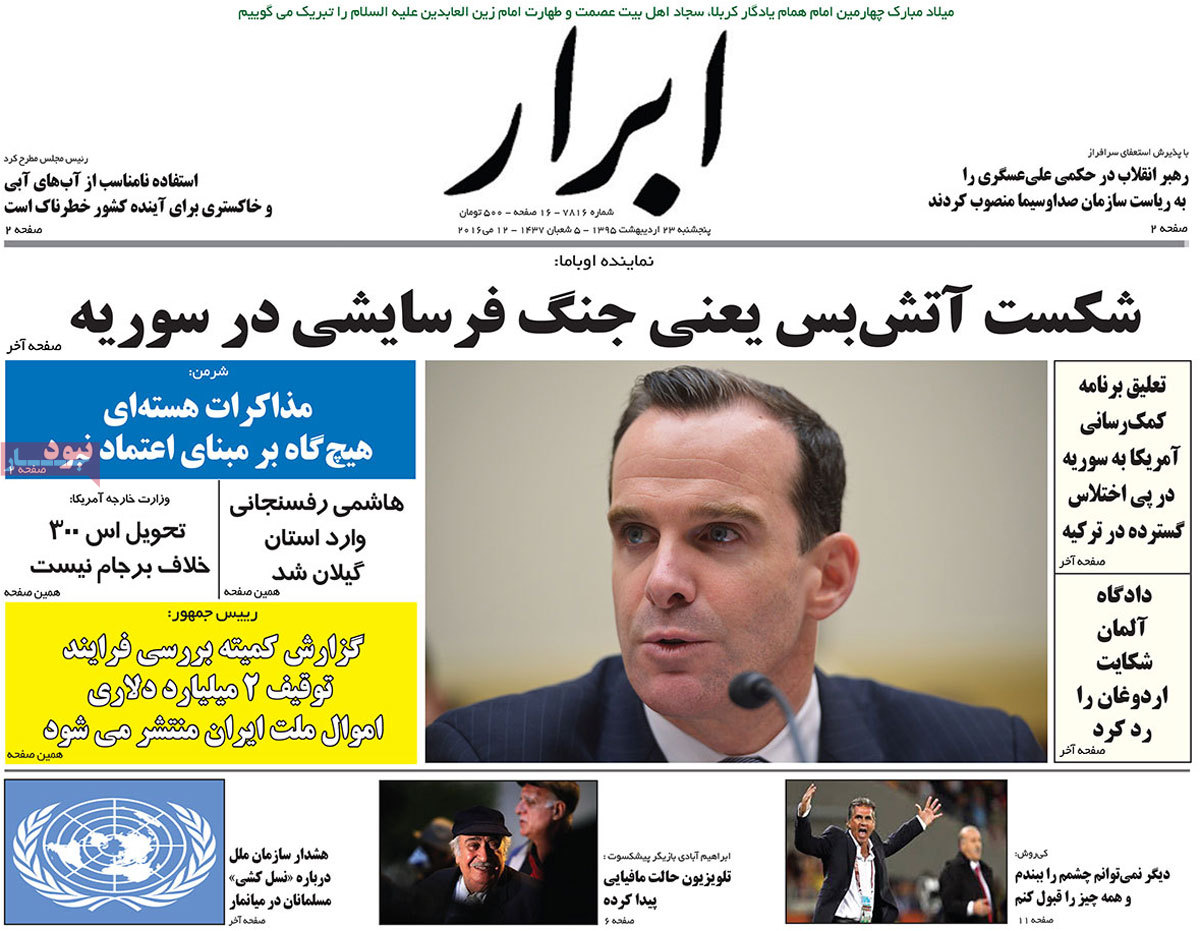 1- Iran and Turkey Start New Round of Power Talks

3- Iran Opens Sales Office in Europe for Its Petchem Products 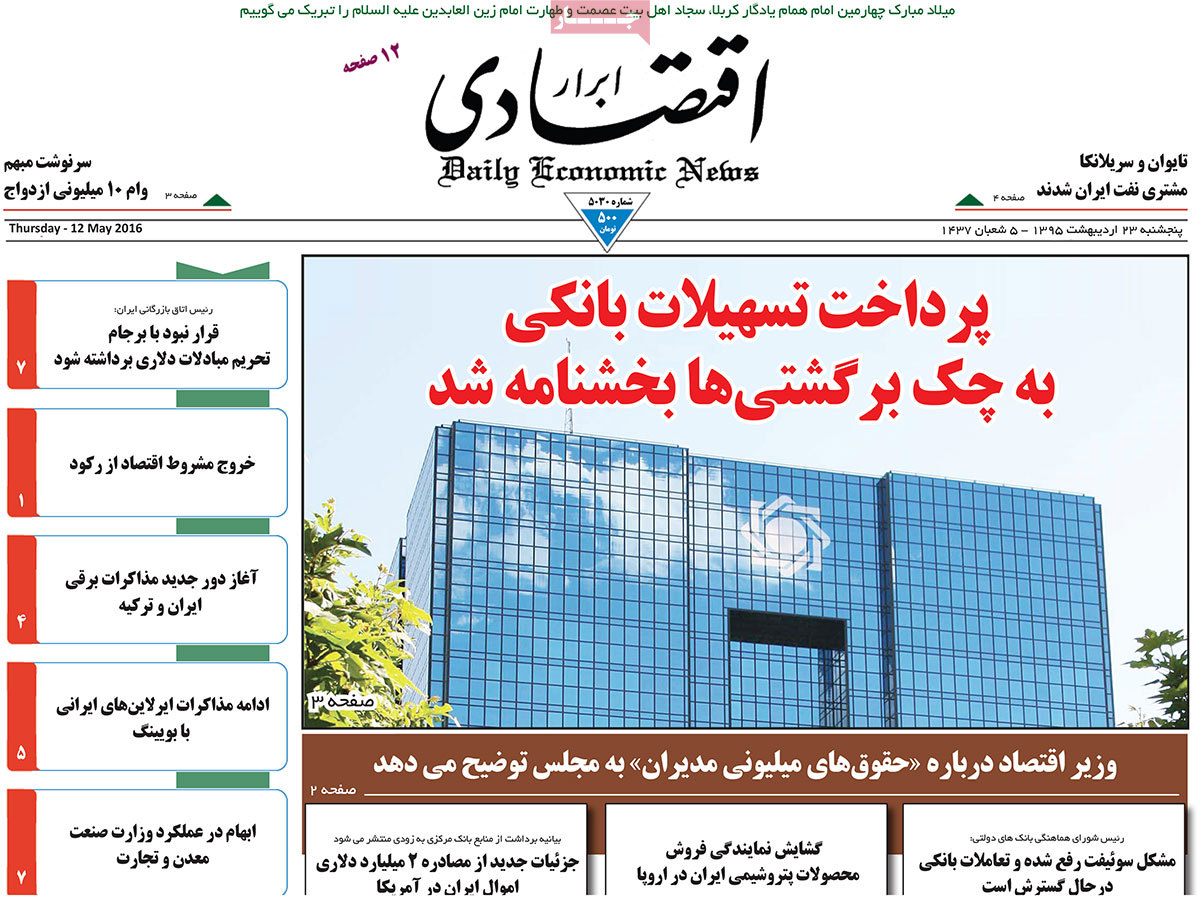 5- 6-Year-Old Girl Goes into a Coma after Tonsillectomy 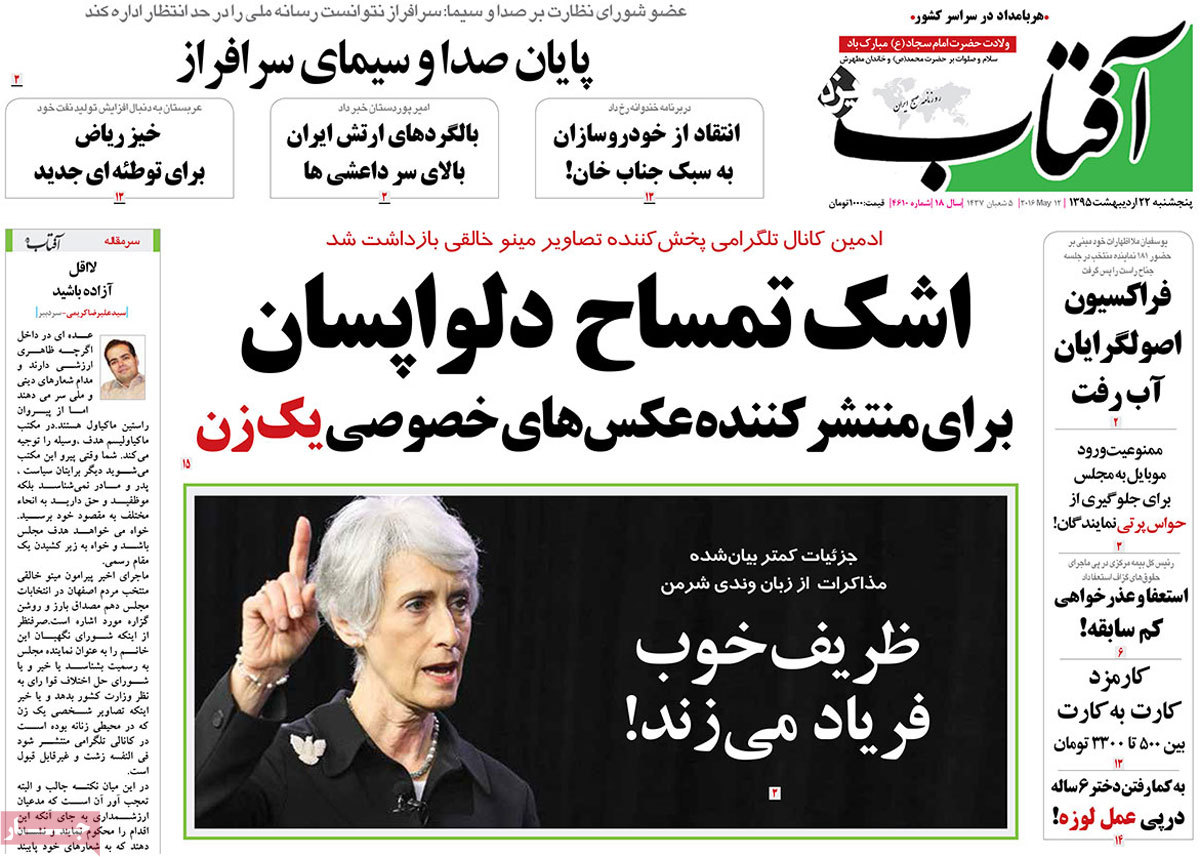 1- Opponents of JCPOA Are Wrong: Rafsanjani

3- Previous Gov’t Should Have Been Put on Trial: MP 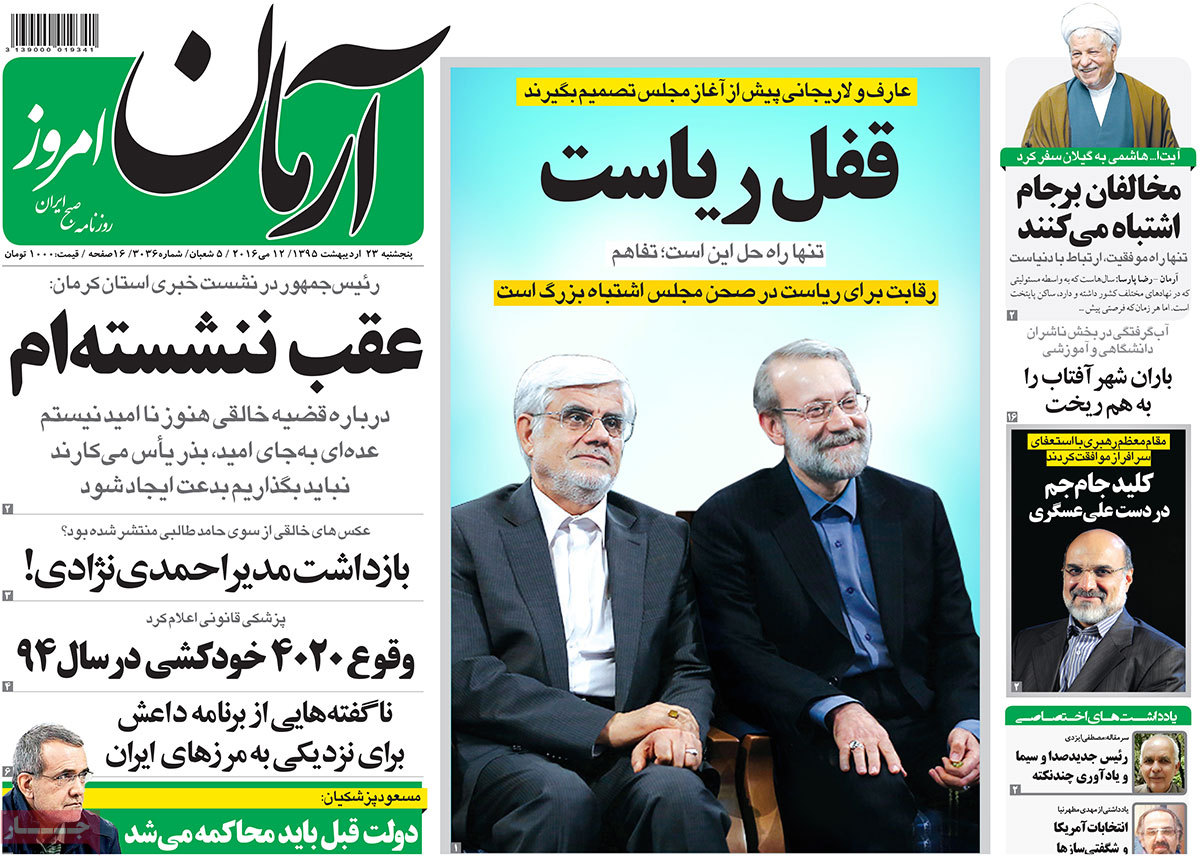 1- Online Sale of History: Tiles from Historical Niavaran Palace on Sale in the Internet

3- Government’s Success in Restoring Ties with the World Was a Great Job: Rafsanjani 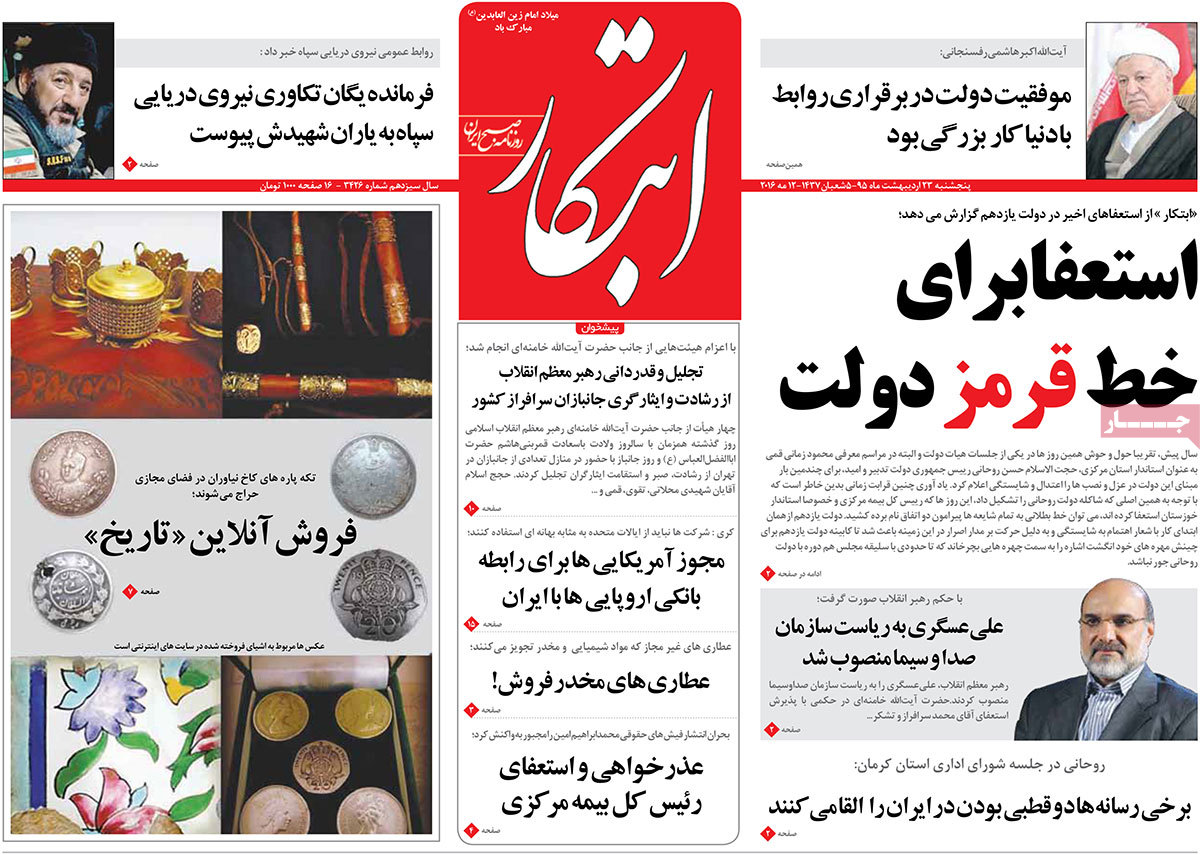 1- I’m Not Disappointed, We Should Not Permit Violation of Law [on Khaleghi’s case]

2- Jannati [Secretary of Guardian Council]: GC Supervises Elections in All Phases [even after the end of polls]

3- Based on Iran’s Constitution, GC’s Supervision Ends When Elections Are Held [Editorial by a jurist] 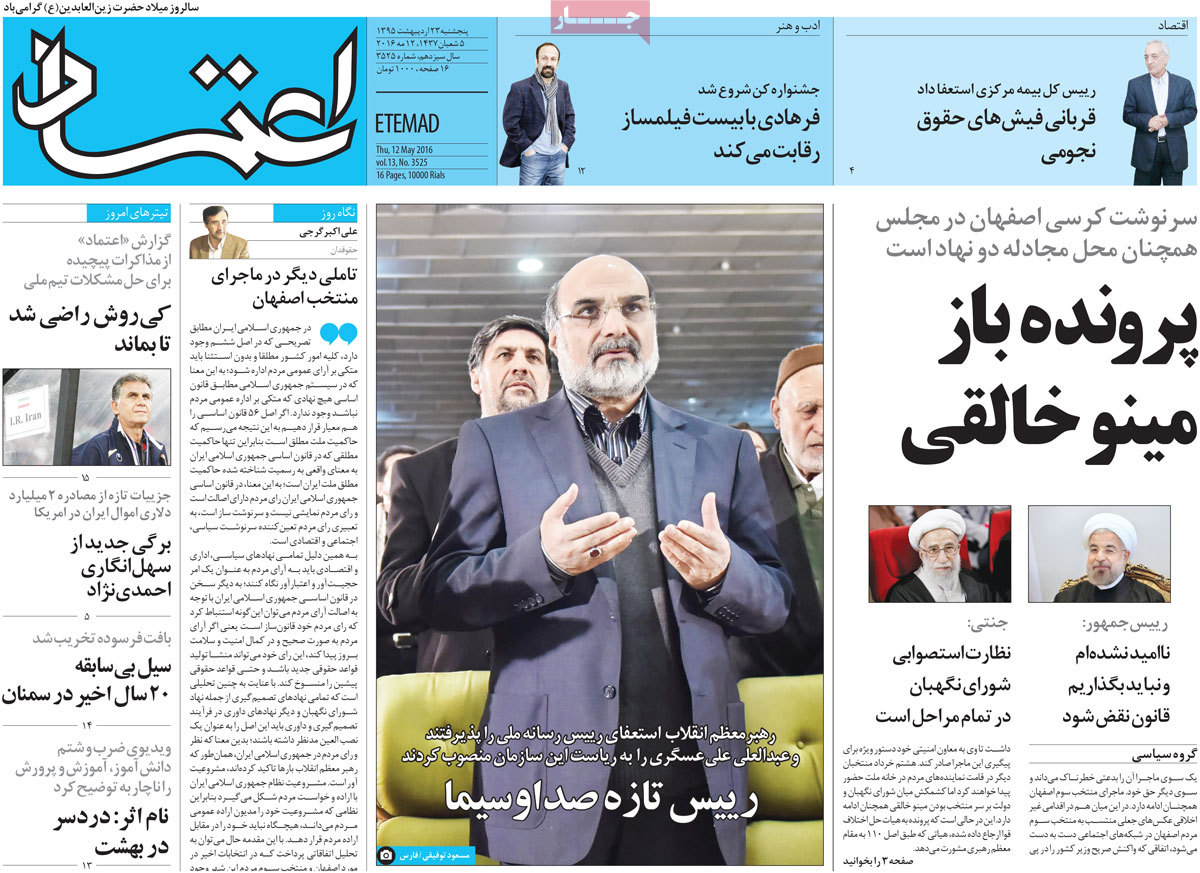 2- Some Trying to Disappoint People Instead of Raising Their Hopes: Rouhani 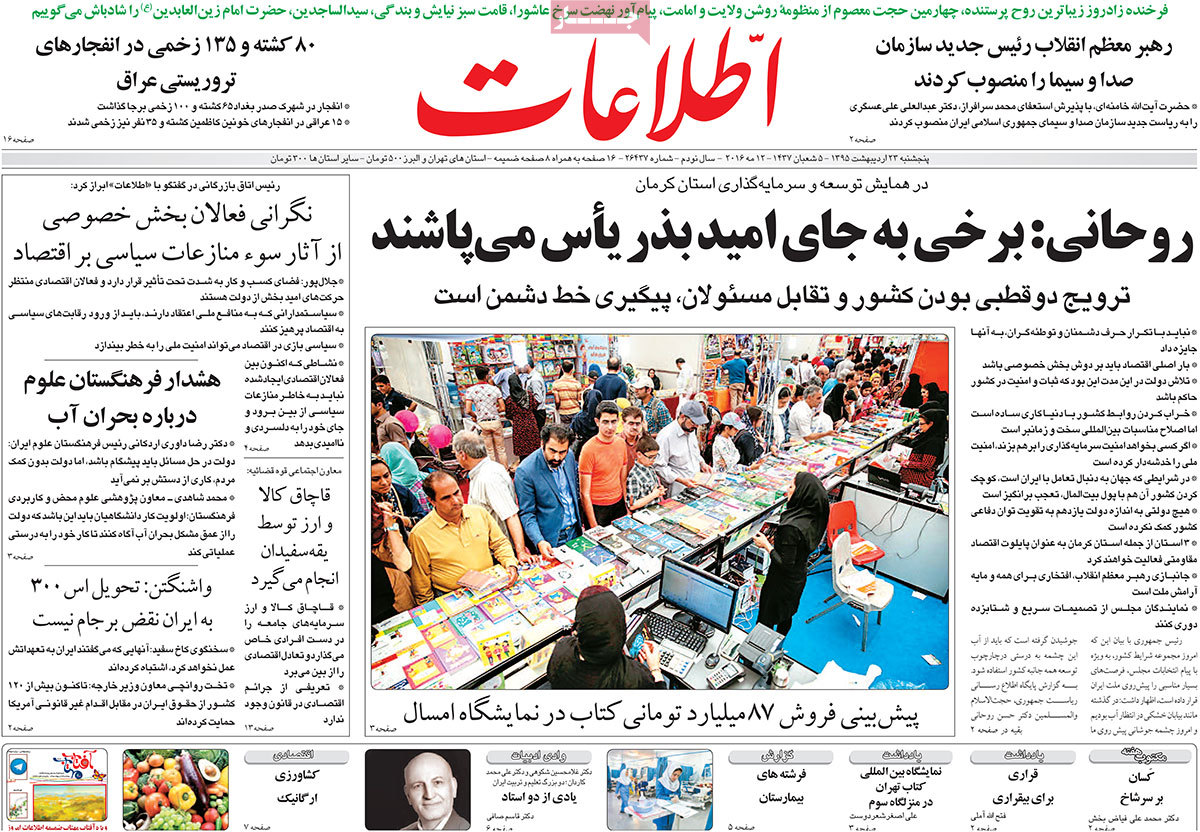 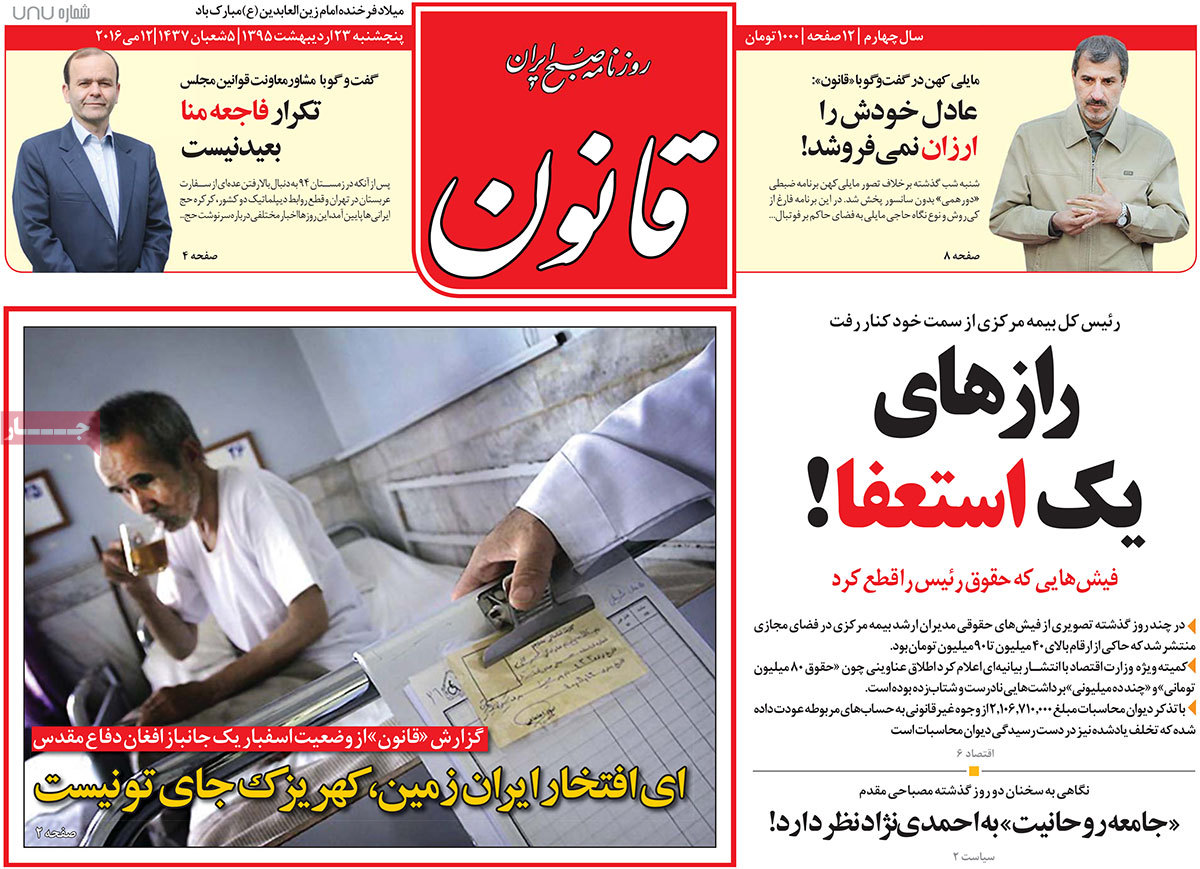 1- Iran’s Lawsuit against US Waiting for Rouhani’s Order

2- Terrorists Freely Active in a Country without Parliament and Gov’t: 3 Deadly Blasts Kill and Wound over 200 Iraqis 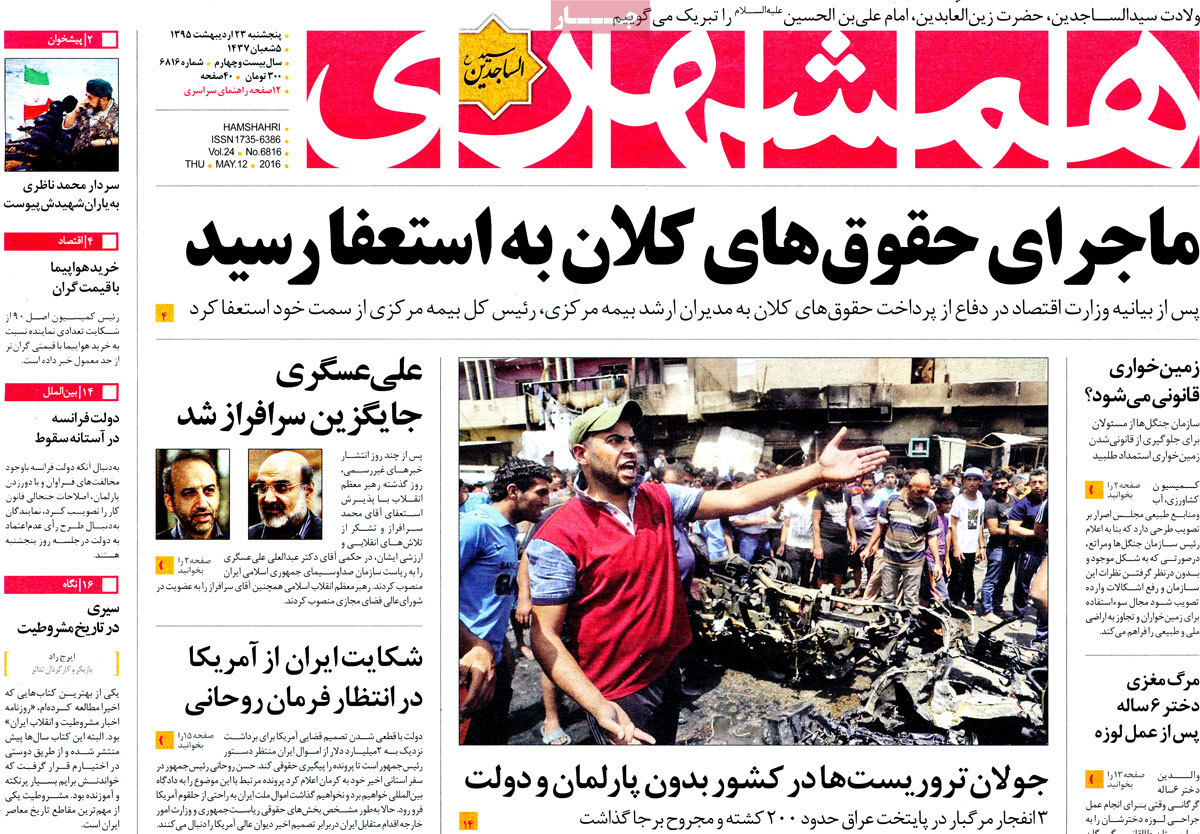 2- French Administration on Verge of Impeachment: Clashes between Police and Protesters in Different Cities of France 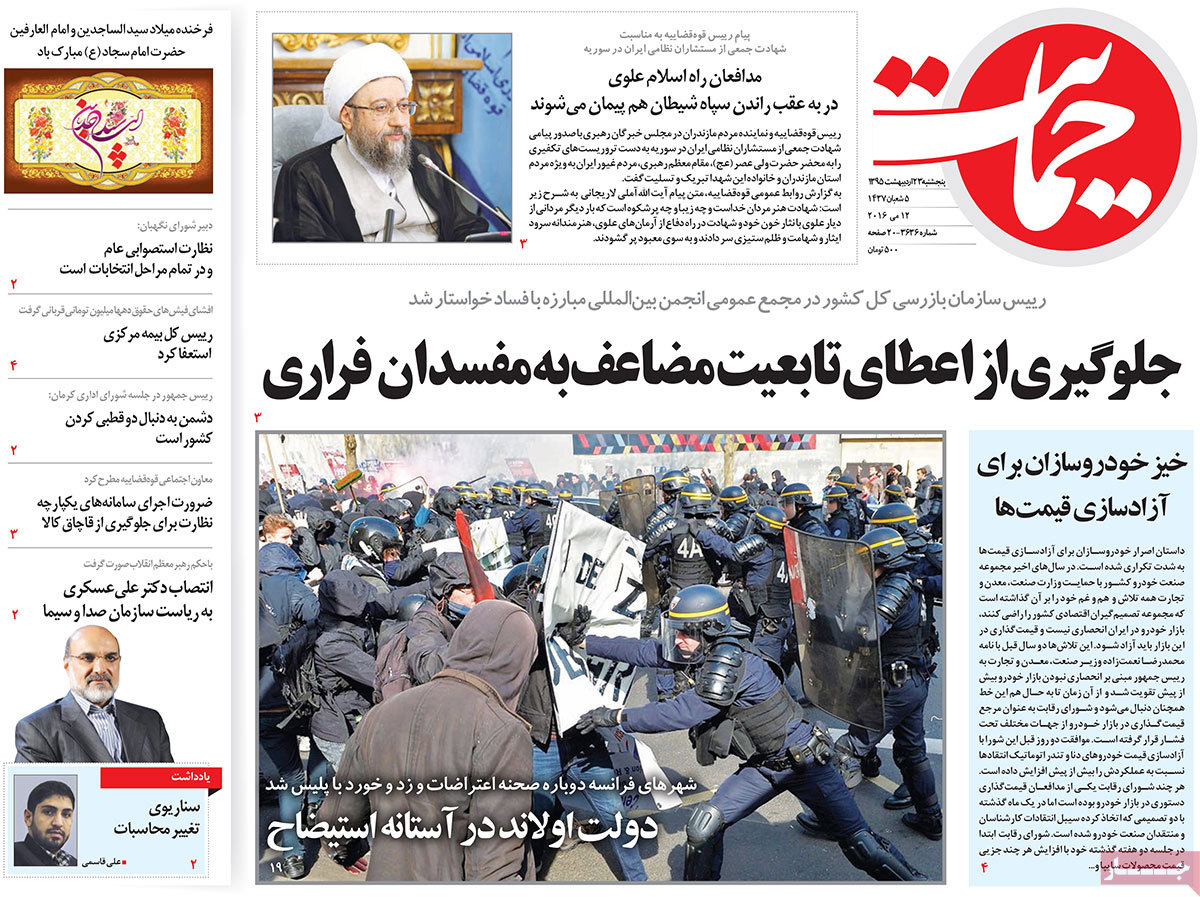 1- Decline of Iran’s Trade with China 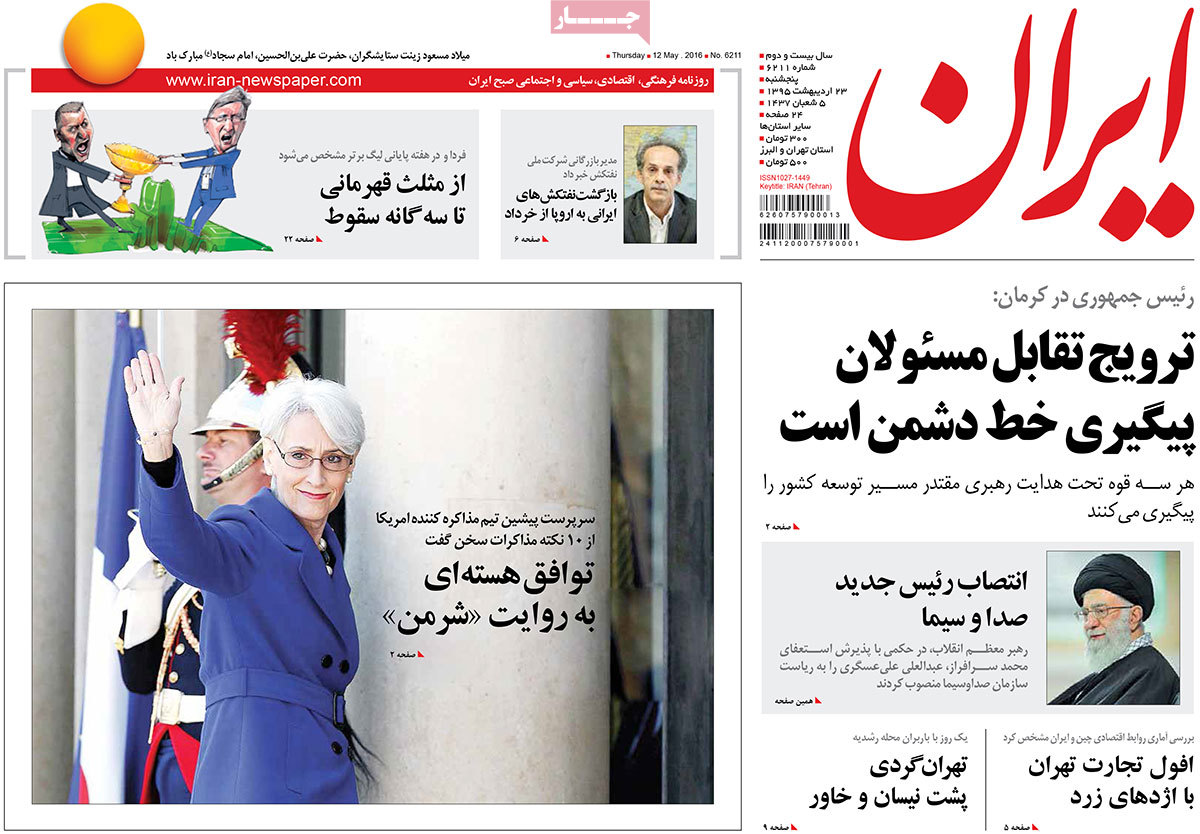 1- Peugeot-Citroen Spokesman: We’ll Return to Iran with Money and Technology

2- No Problem with [European] Banks’ Cooperation with Iran: US 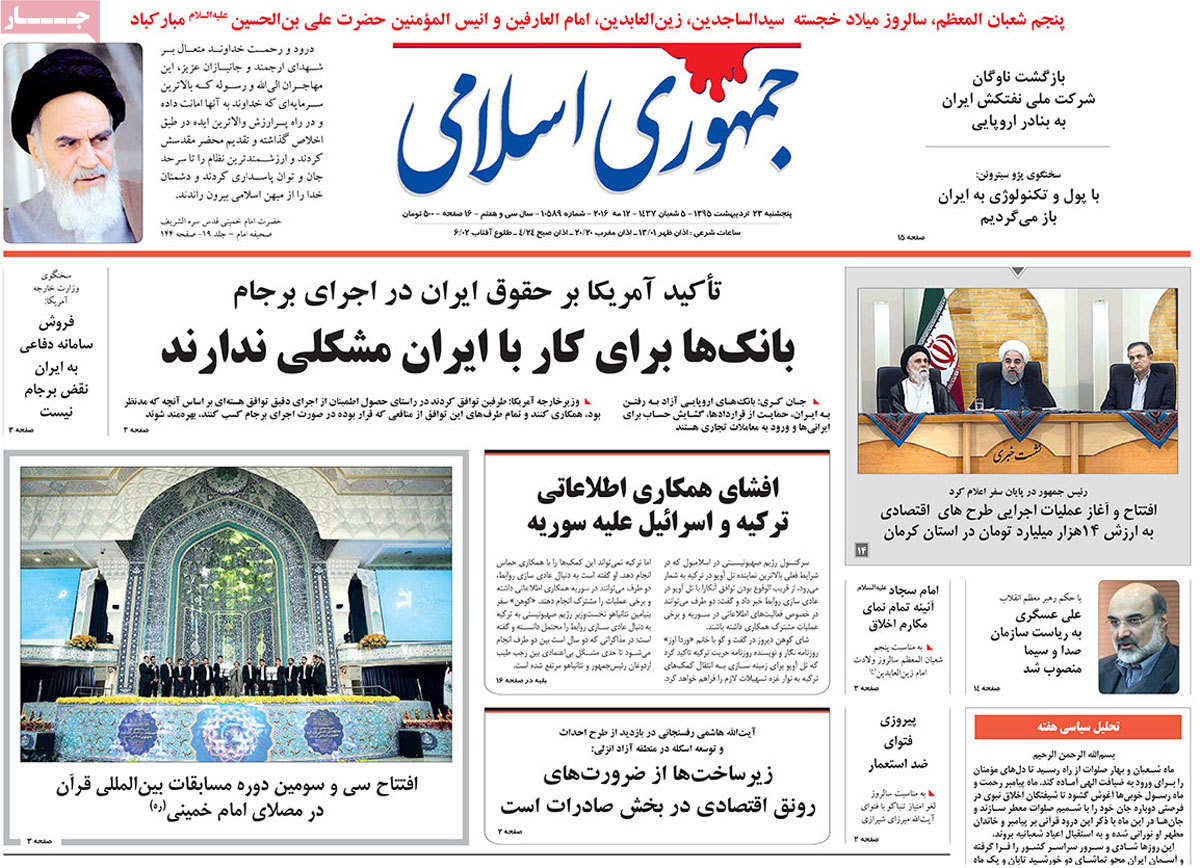 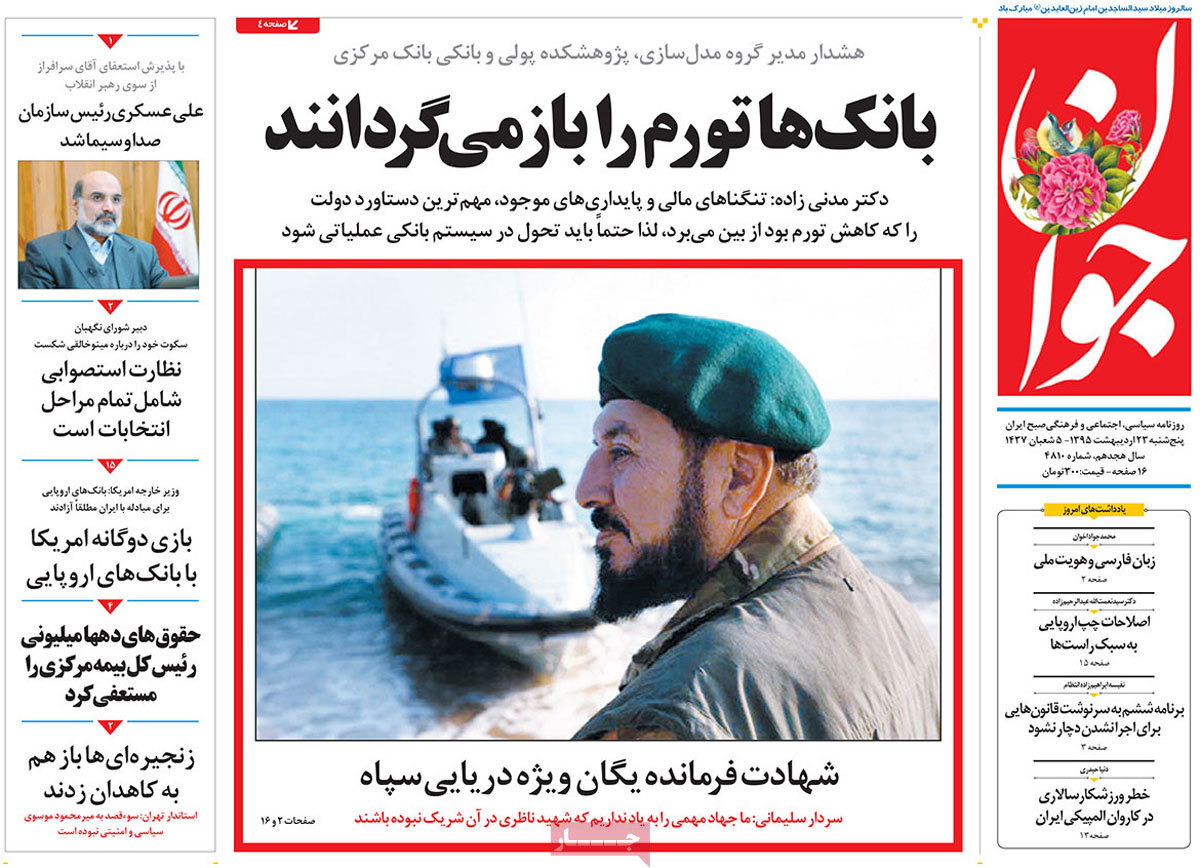 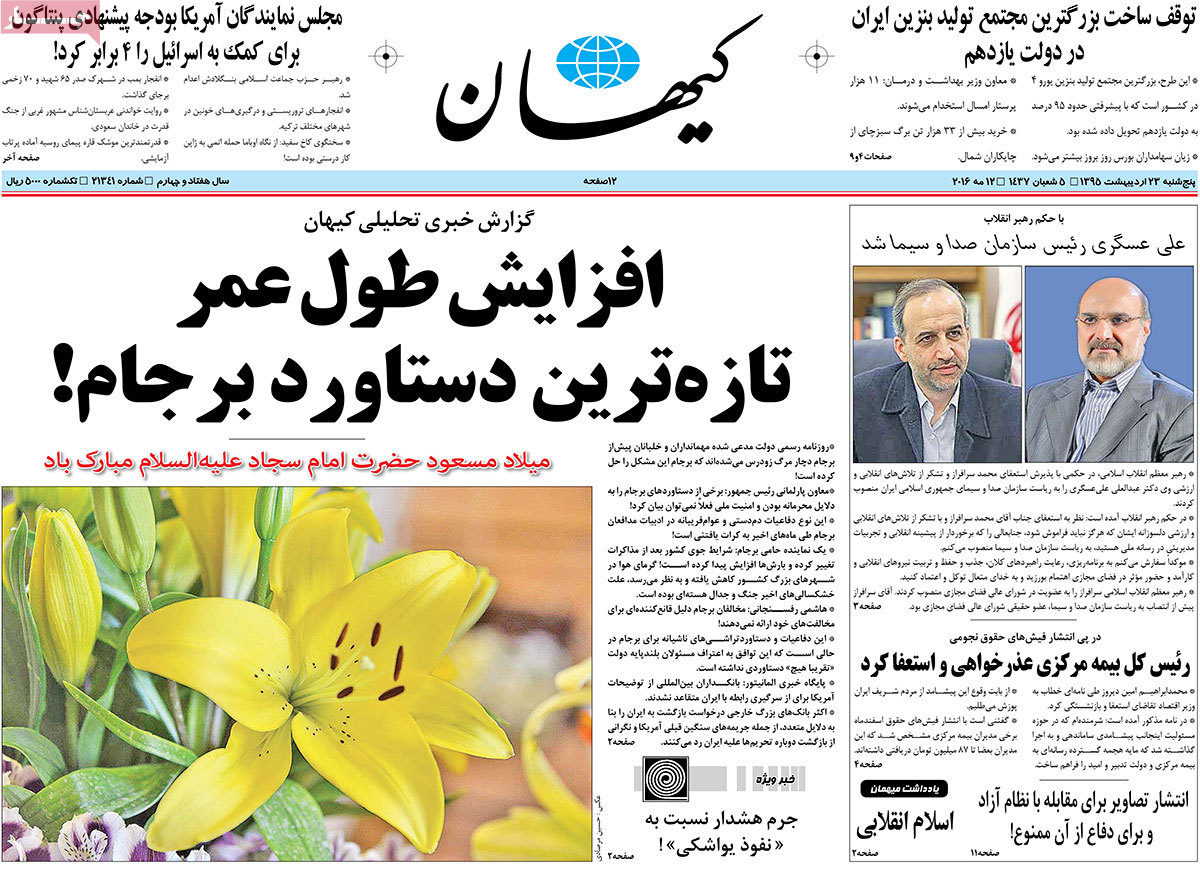 1- Warning against Earthquake in Tehran: A Magnitude 7 Quake Would Kill 800,000 Only in 4 Districts

2- 5m Iranians in Danger of Malnutrition

4- Secrets behind Critical Shortage of Serum in Iran 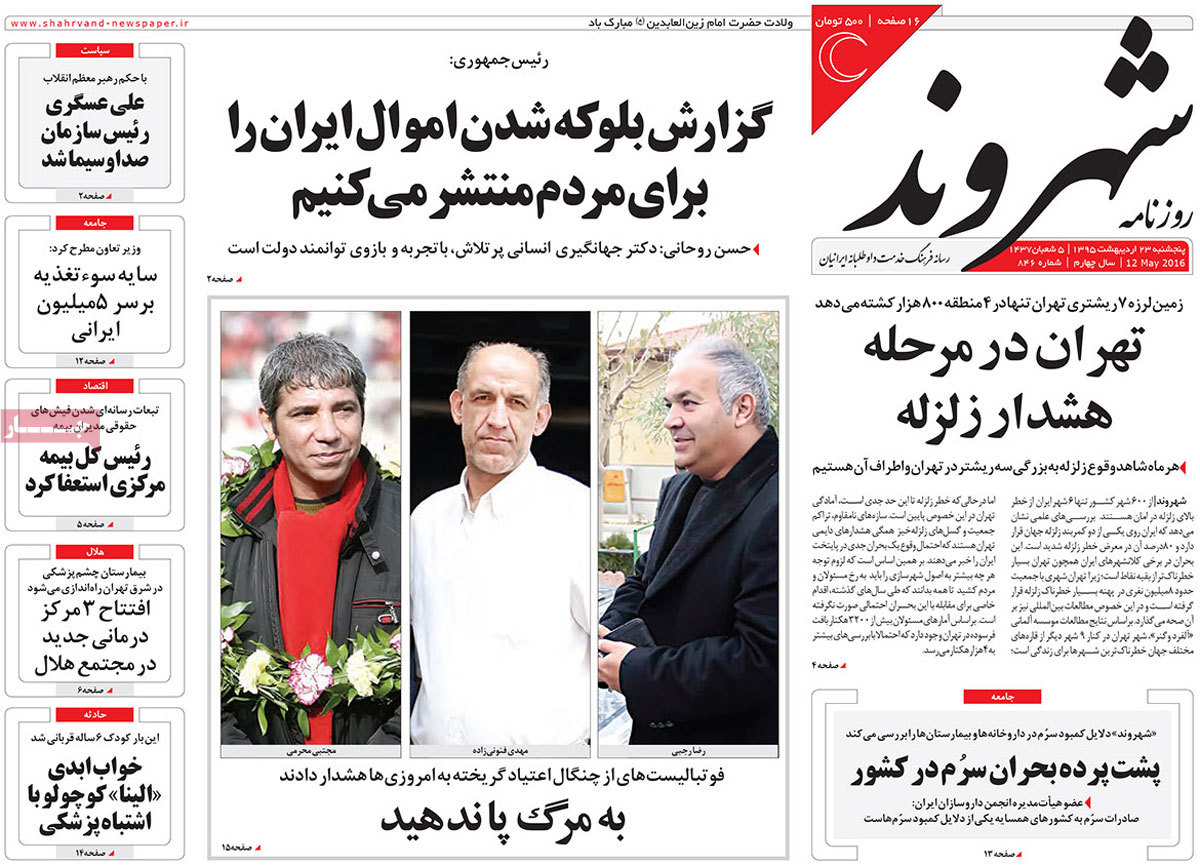 1- Will Ahmadinejad Be Summoned to Court? 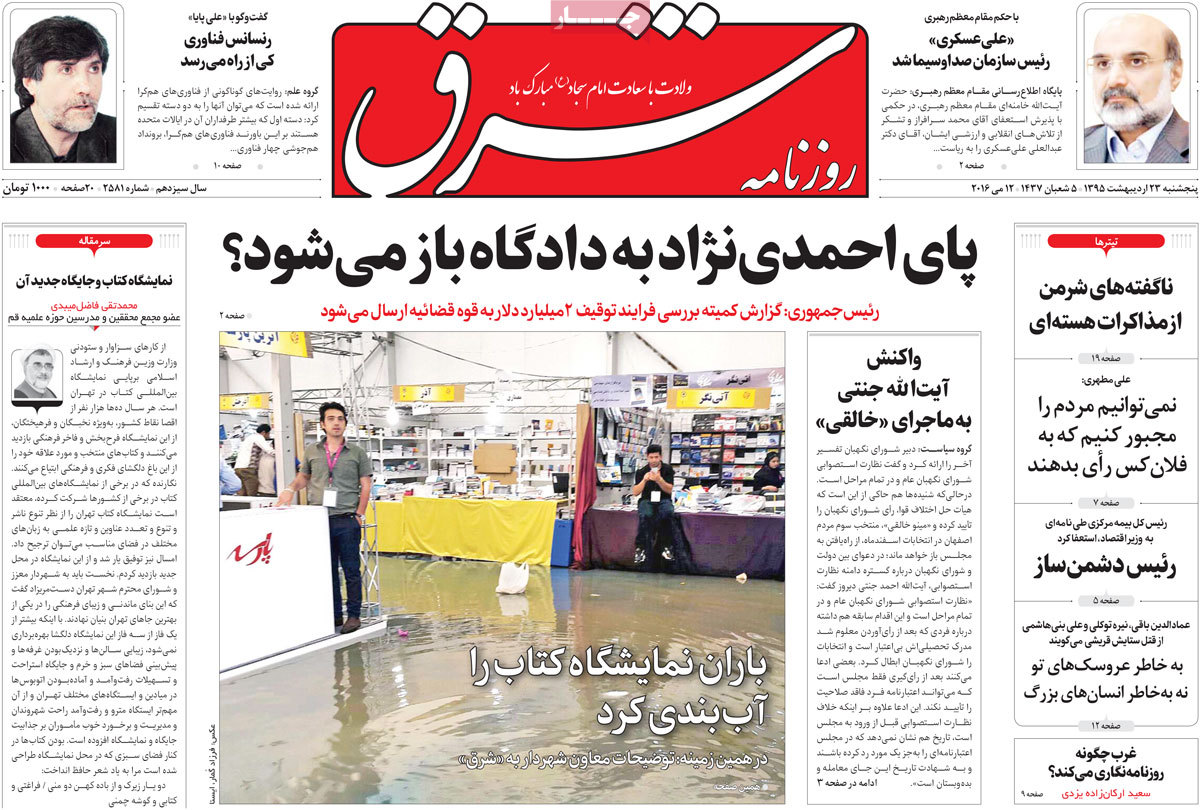 1- “Silver Fox” Confesses: Sherman Says Military Option Was Not on Table Even If Nuclear Talks Failed 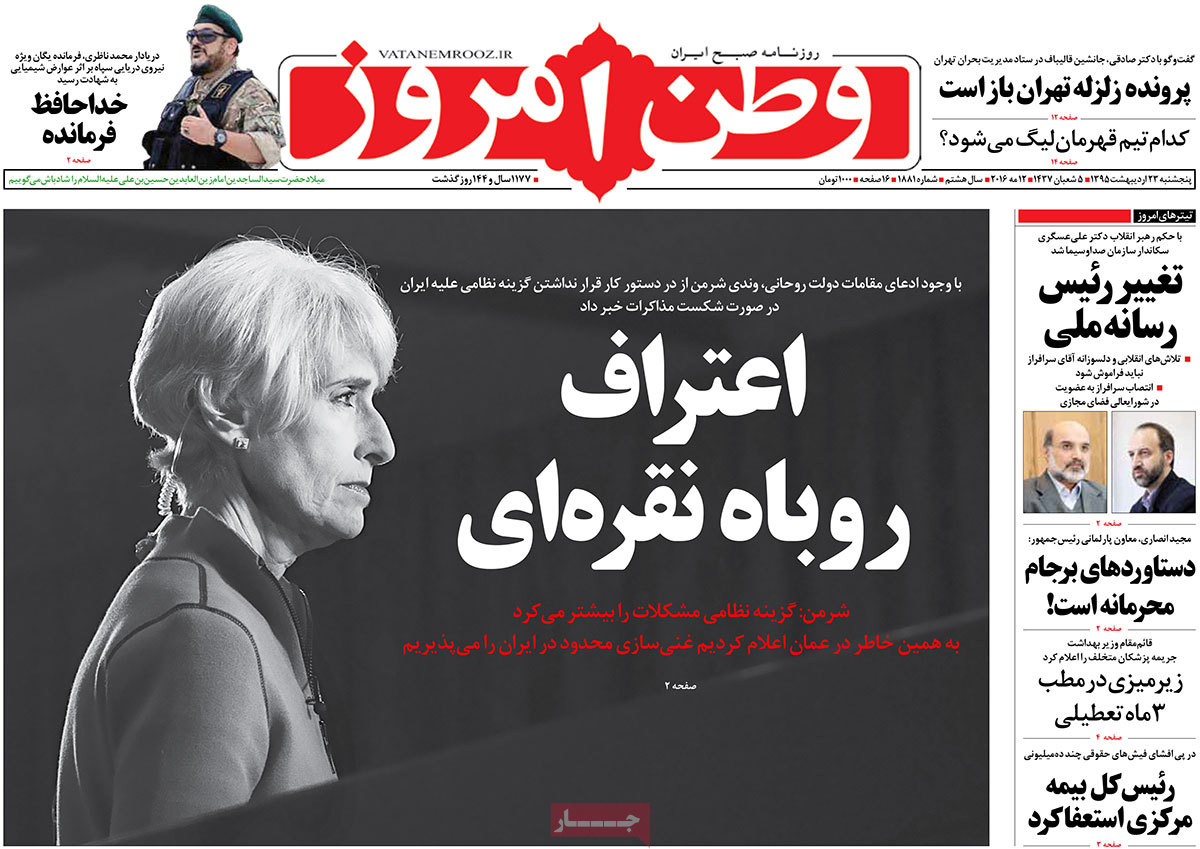