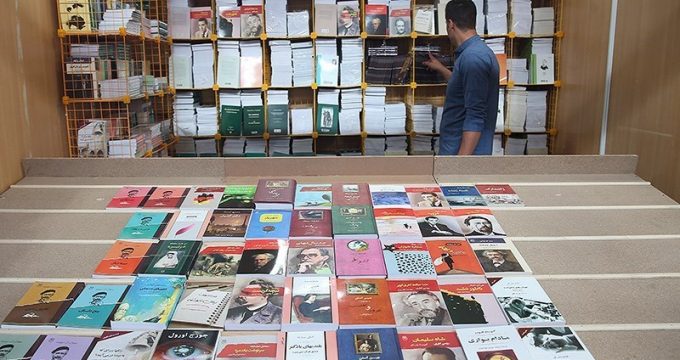 In an interview with the Tehran Times on Sunday, Kaykin said that after he returns to his country, he plans to convince Russian cultural officials to follow the same policy.

“The Tehran book fair has a good policy to attract more visitors, it gives more service, free entry, and good discount to students, with better service to the visitors,” Kaykin stated.

Russia is the guest of honor at the 29th Tehran International Book Fair, which is currently underway at Shahre Aftab, a newly-constructed fairground in southern Tehran.

Kaykin presides over a Russian cultural delegation, which is at the Tehran book fair to promote latest offerings from 50 Russian publishers during the cultural event.

“In Moscow, there is no fair that lasts as long as the Tehran fair. However, it is a good point that the book fair has this much respect among you. We are also planning to talk with government officials to hold a longer fair in our country. The government needs to consider the fair as a cultural event and not a business. Perhaps after several years we will manage to expand our fair,” he added.

He continued, “The fair has a good policy to attract more visitors. This is because your fair lasts longer, that is, yours is about two weeks but ours [Moscow fair] lasts only five days. The expense to Moscow would be more if it lasted longer, so we just have more condensed programs.”

Kaykin also talked about the topics of books on display in the Russian pavilion and said, “There are different books like books on the literature of Russia, and this year we have focused on contemporary, young and famous writers in Russia. There is also a section displaying books on science, technology, culture, art, tourism and books on how to travel to Russia. We have mostly focused on children and educational books.”

The Russian pavilion also displays Russian translations of works by some Persian writers, including “Iran: Country and Its People” written by Ahmad Khatam.

Kaykin also elaborated on their programs and collaborations with Iranian publishers and writers.

“Based on the agreement, a number of Iranian and Russian writers will be selected to translate Russian works into Persian and Persian works into Russian. There are also plans for Biblio-Globus (of Russia) and Iran’s Book City Institute to expand cooperation and establish representatives in both countries,” Kaykin said.

He also said, “The main goal is that visitors get a chance to become more familiar with Russia and Russian culture. They need to know more about our books. We know that our classical books have been translated into Persian, but we must provide more guides to the tourists visiting our country. People from the two countries get acquainted with each other at this fair and the government can have warmer relations in this way.”

In his final words, Kaykin also said that he became familiar with Persian literature through classical works by Khayyam and Ferdowsi, and added that he has begun to read Rumi’s Masnaviye Manavi before his trip to Iran.

The pavilion of Russia dedicates a section to introducing Tatars, their culture and their nations. It also has sections for children’s books, which also offers a variety of programs for teaching children traditional Russian paintings and drawings.

A delegation of 35 Russian scholars, writers, and publishers are attending the fair, which has a number of programs, meeting, sessions and lectures.

Biblio-Globus Co. Chair of the Board Boris Yesenkin, scholar of Russian history Vadim. F. Kozlov, as well as Nizam Zeynalov, translator of the Quran into the Russian language are among the participating guests.

The pavilion also has arranged a small festival of Russian films with Persian subtitles.