IFP has taken a look at the front pages of Iranian newspapers on Tuesday and picked headlines from 18 of them. IFP has simply translated the headlines and does not vouch for their accuracy.

Many newspapers on Tuesday covered Ayatollah Akbar Hashemi Rafsanjani’s remarks against the critics of the nuclear deal between Tehran and world powers, a warning by 103 Iranian lawmakers to the president on the nuclear deal, and the ongoing debate over controversial plan to transfer water from the Caspian Sea to deserts in central Iran.

Mohammad The current IRIB Chief, who has been under pressure

Another story was about the statements by Iranian Foreign Ministry Spokesman Hossein Jaberi Ansari on the recent US seizure of Iran’s assets and the legal actions being taken to retrieve the money. 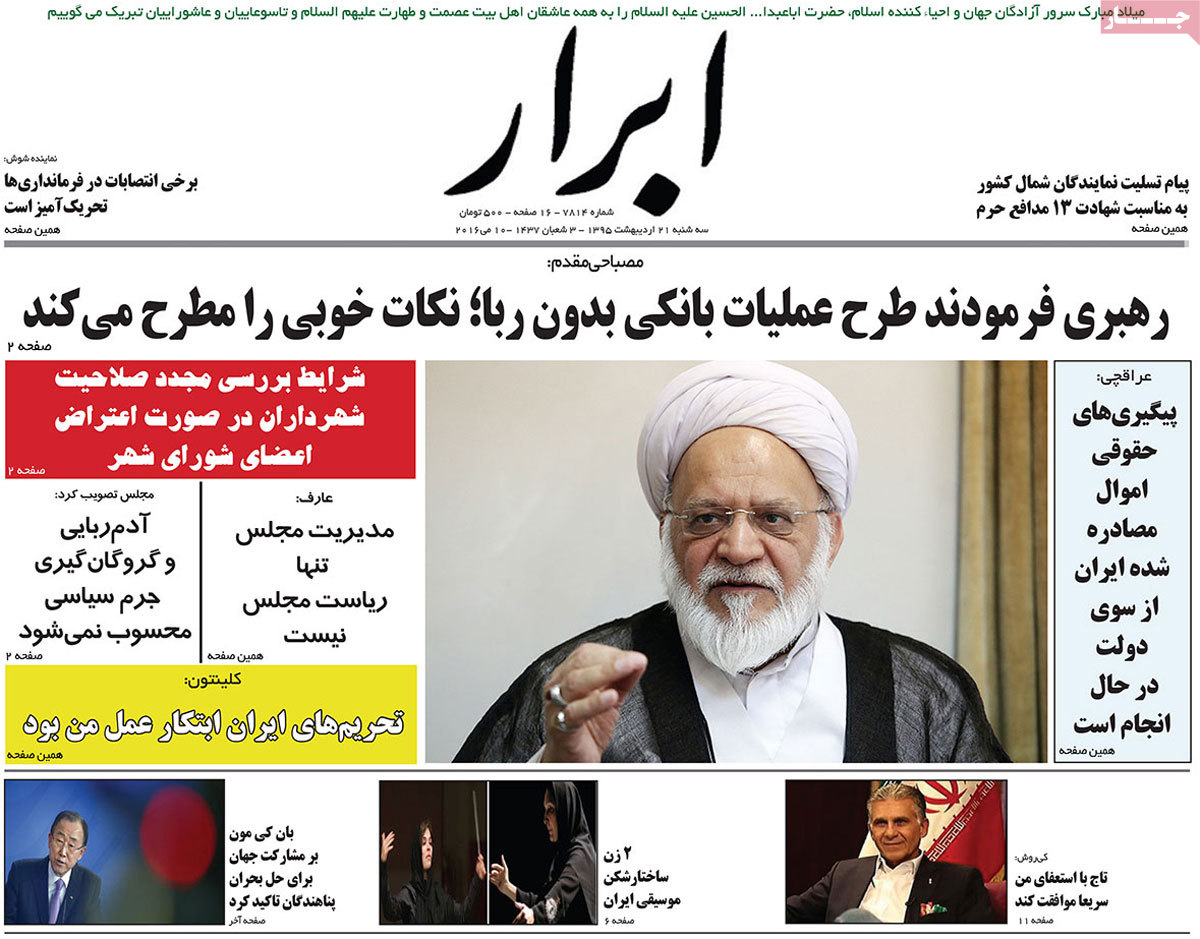 1- Iran’s Airspace to Connect Europe to the East 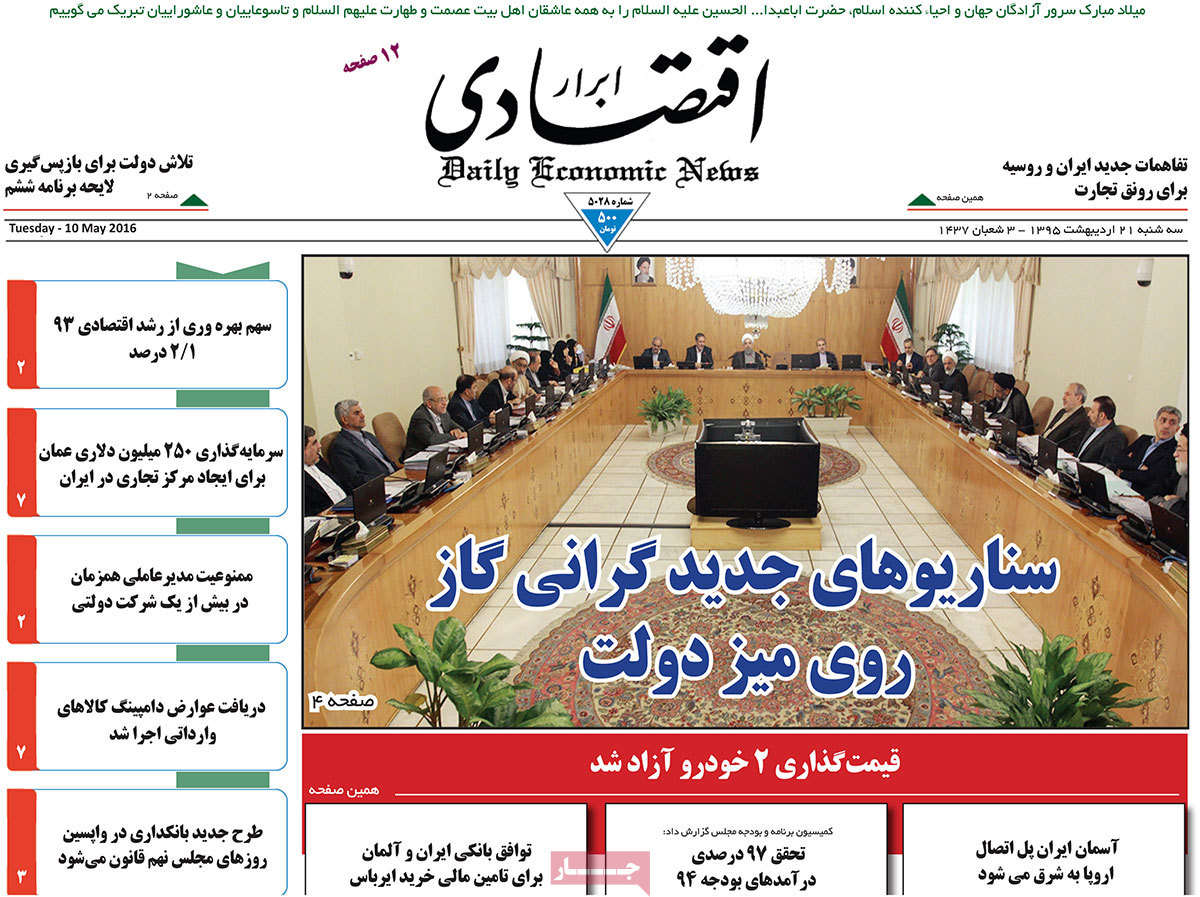 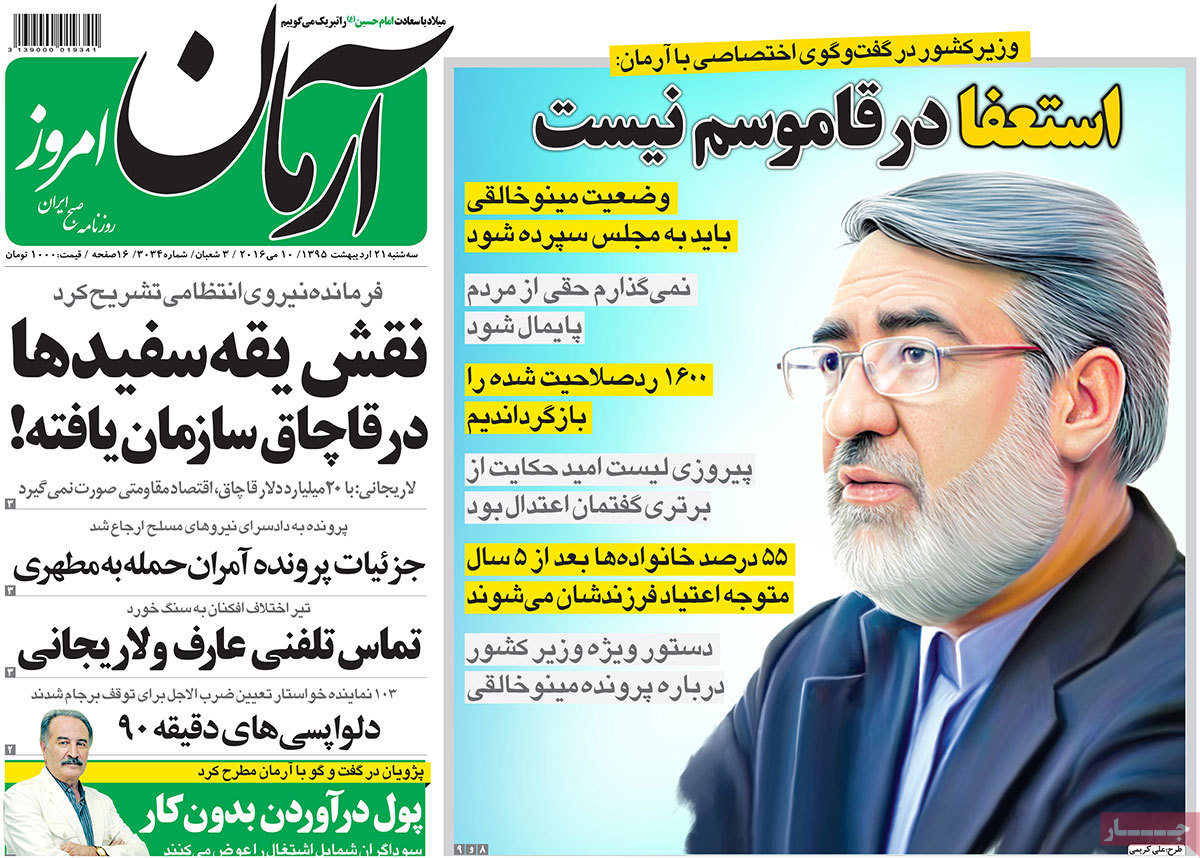 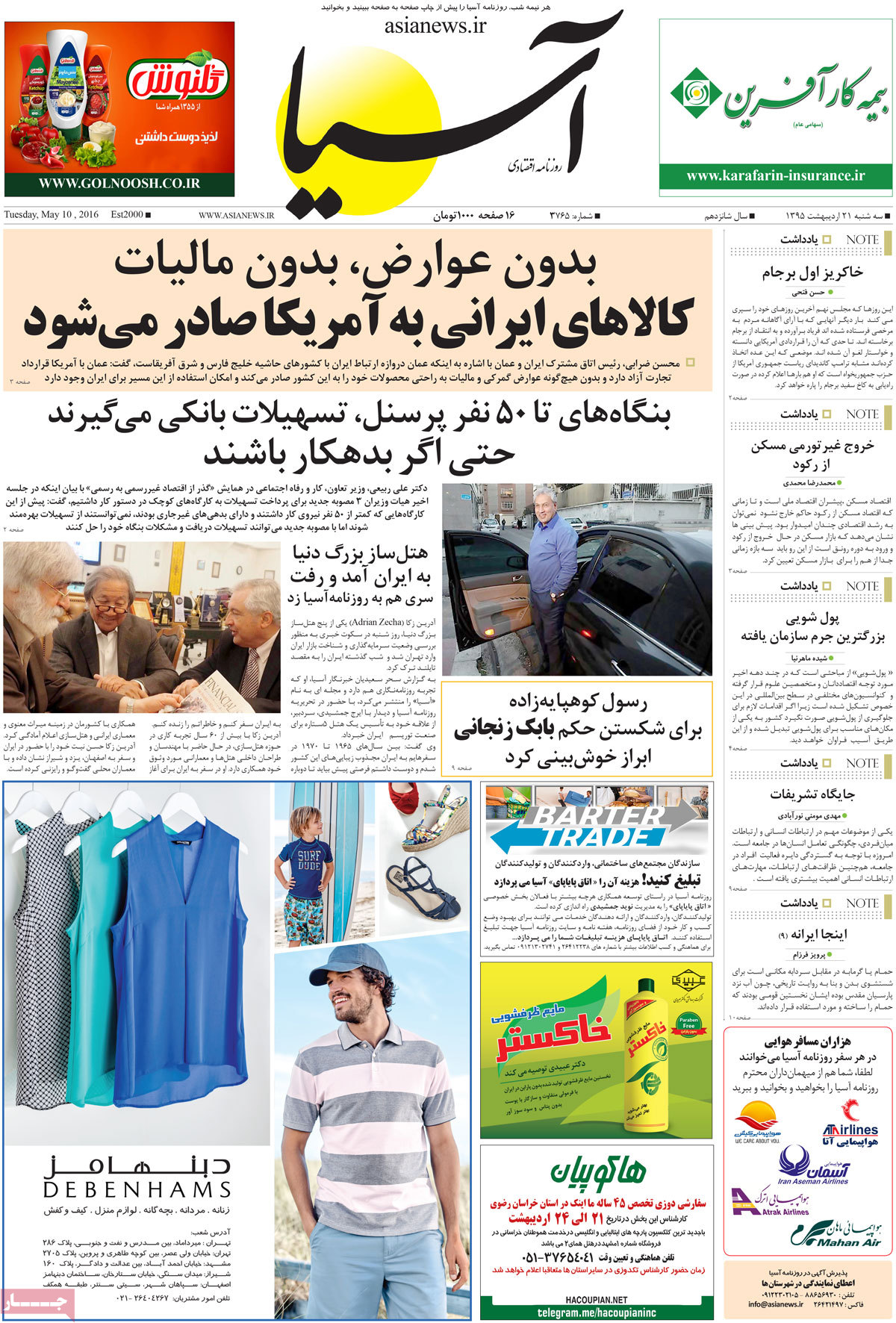 1- JCPOA Opponents Don’t Give Logical Reasons for Their Stance: Rafsanjani

2- Transfer of Caspian seawater to Central Iran Will Destroy All Ecosystems, Even Deserts 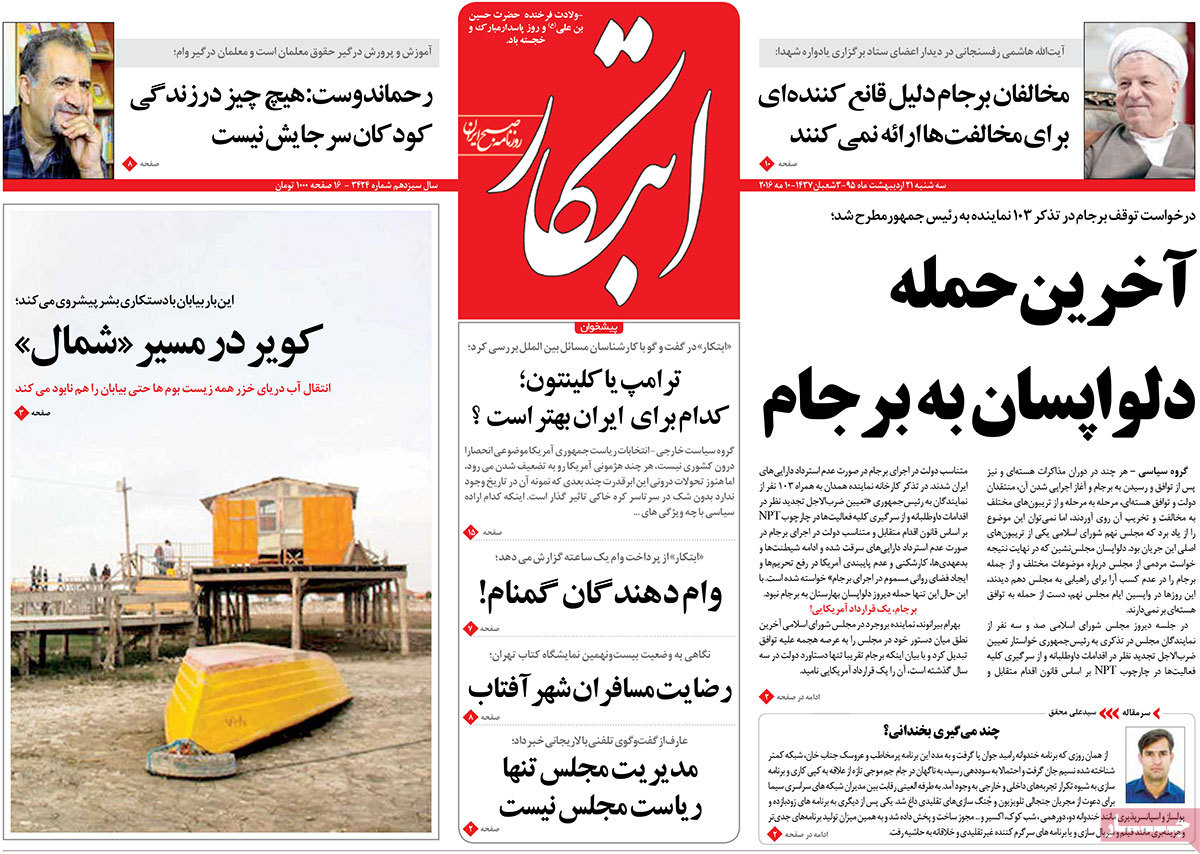 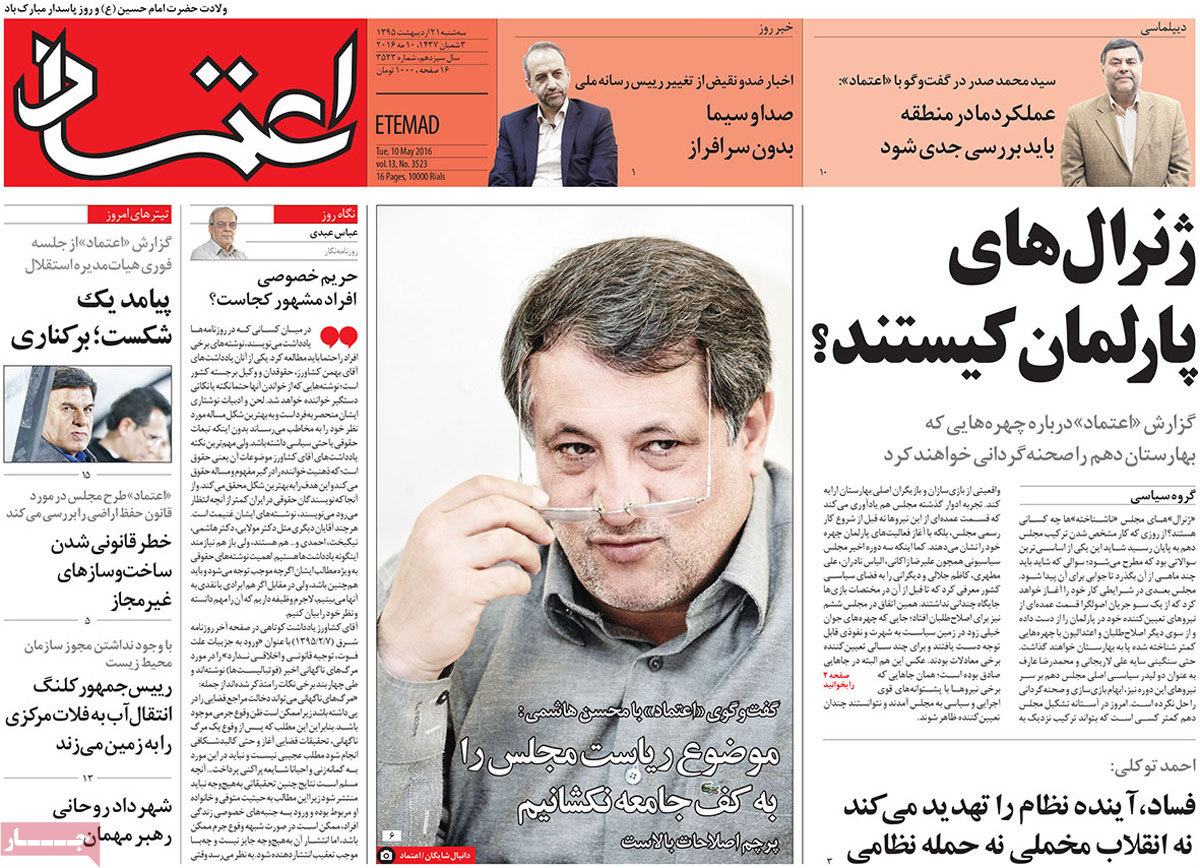 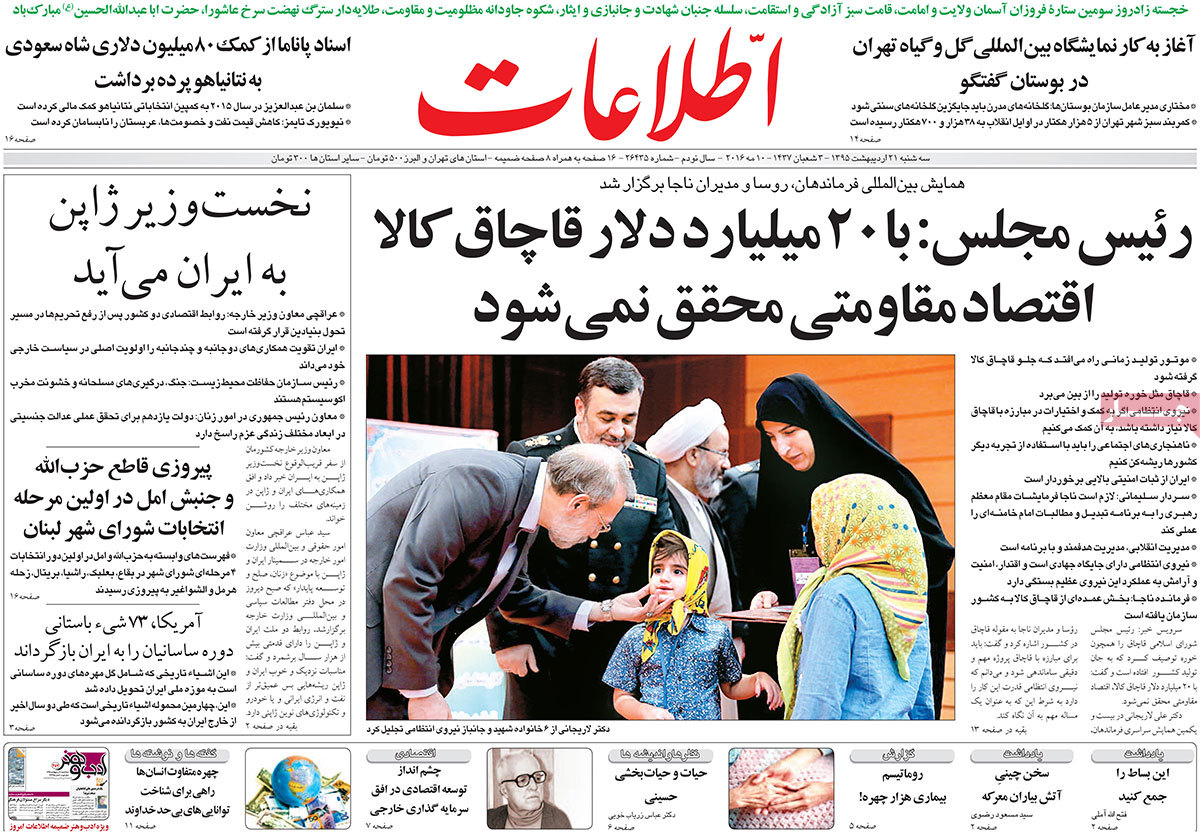 1- Iran and China to Cooperate in Extradition of Criminals 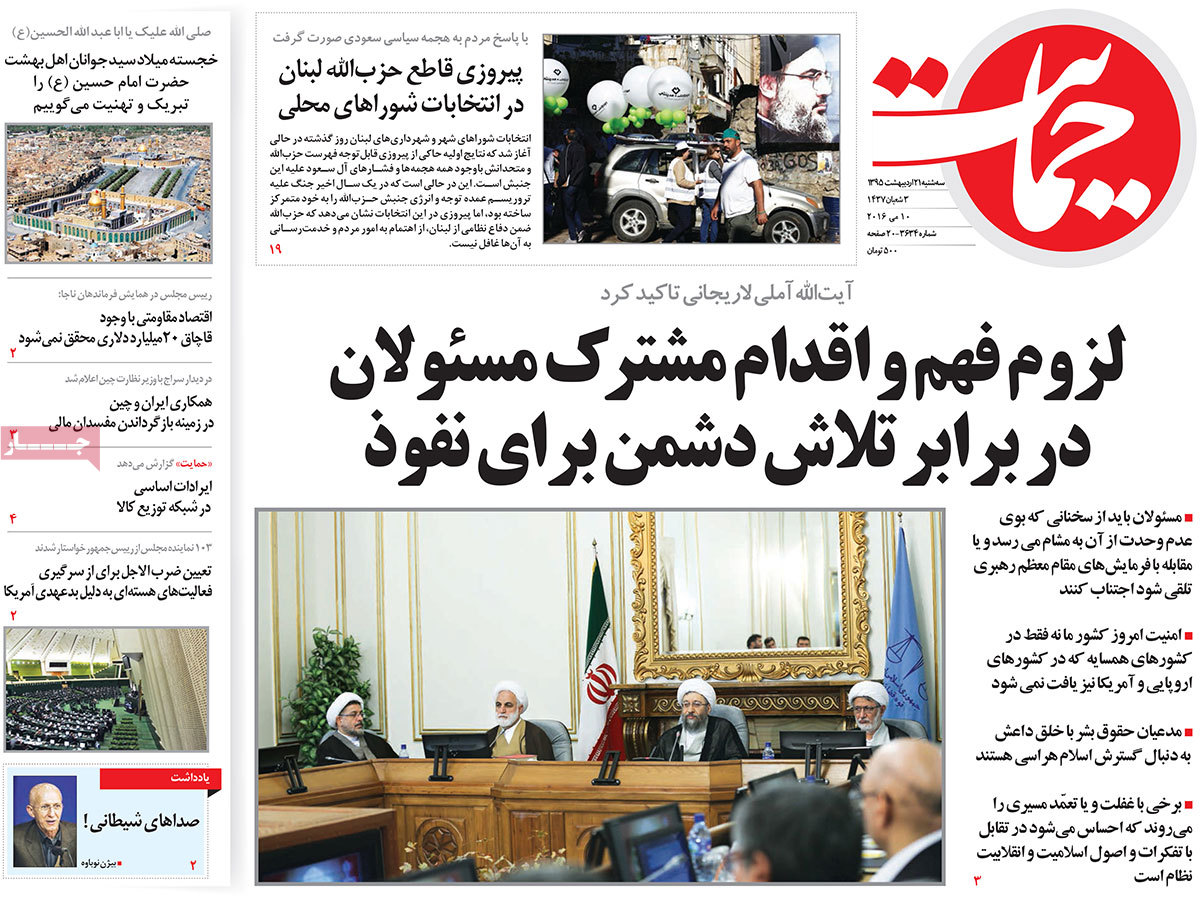 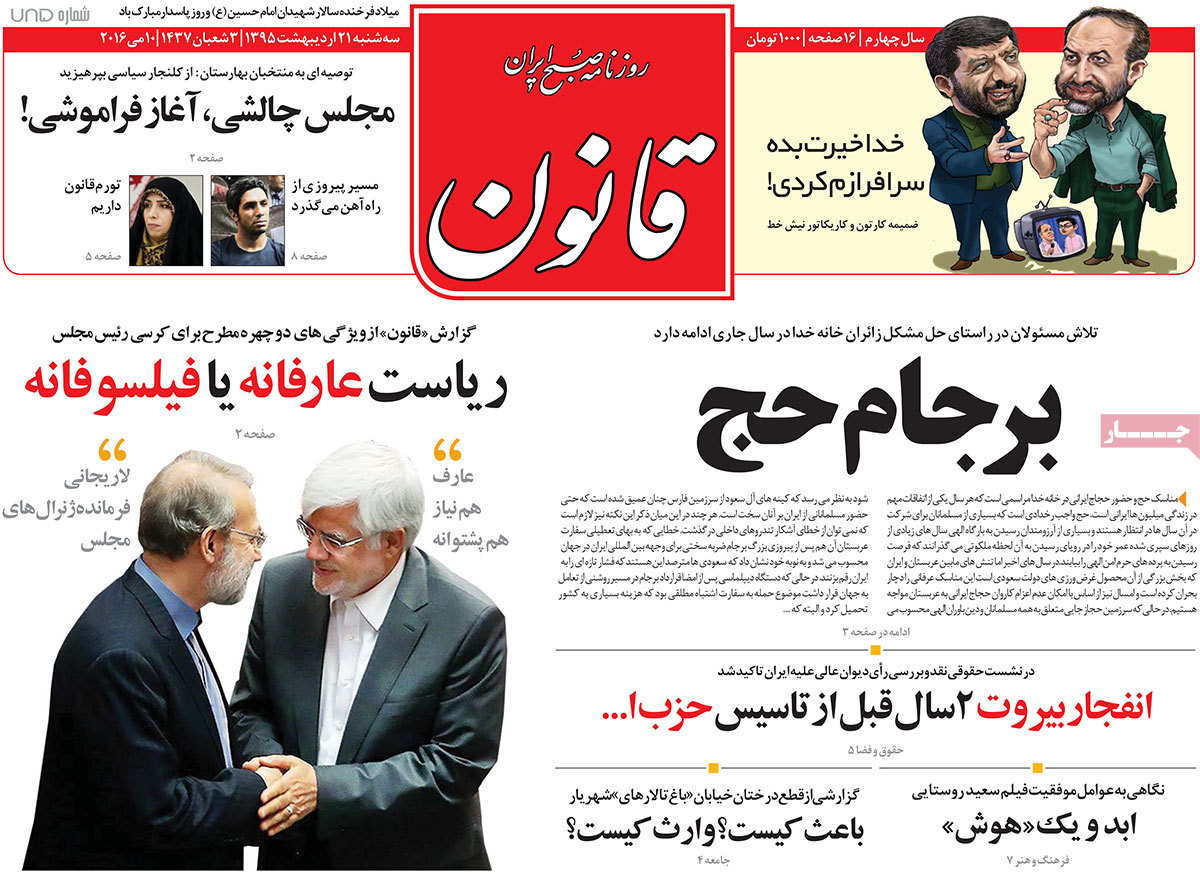 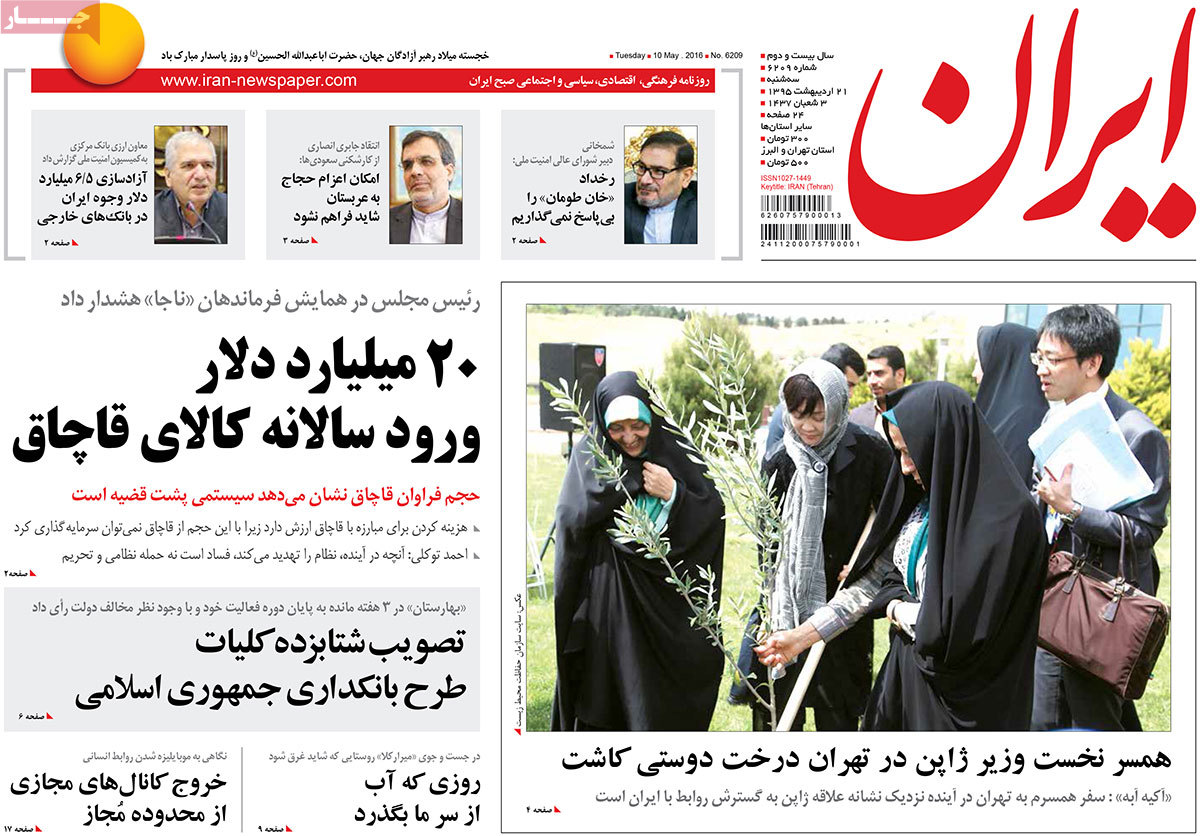 1- Family Members Talk to Each Only 25 Minutes a Day: Experts Warn 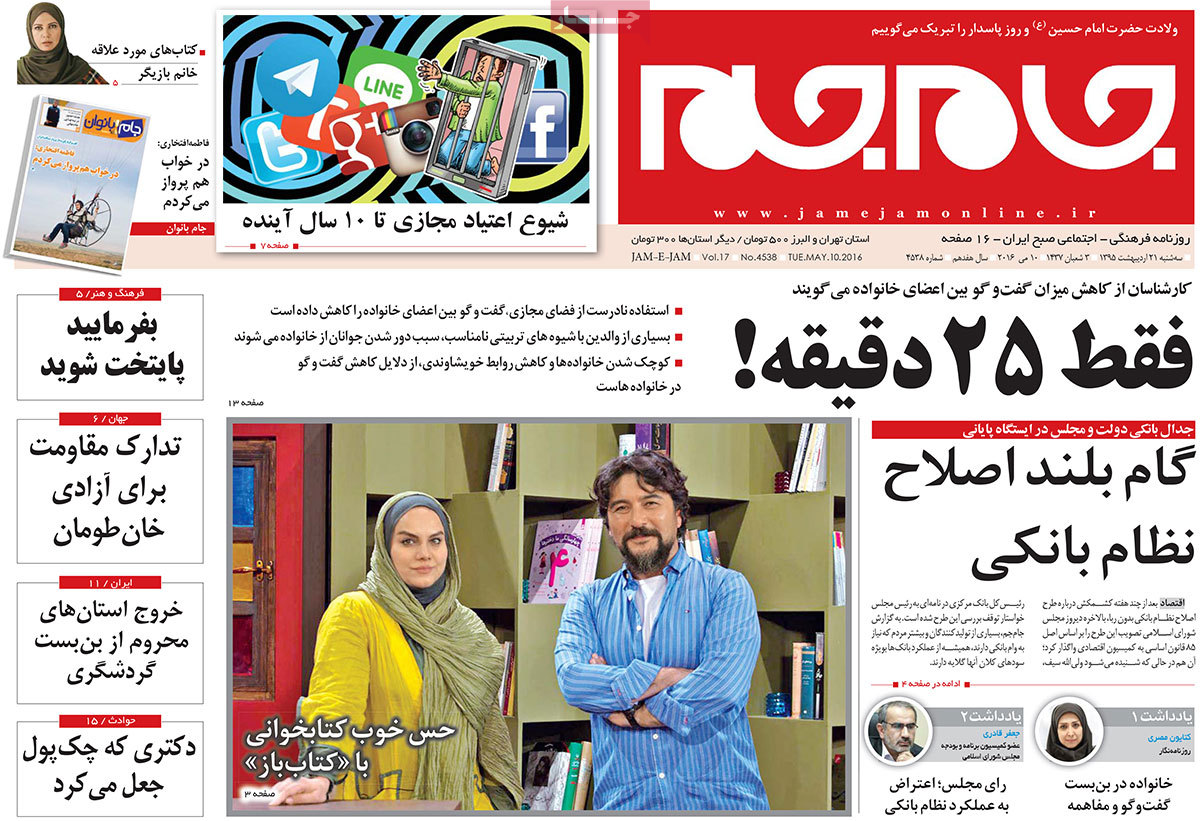 1- US Seeking to Sell JCPOA Once Again

2- Americans Implementing Their Own Version of JCPOA: Ex-Minister

4- Change of Frequency: Speculations about Early Changes in IRIB Presidency 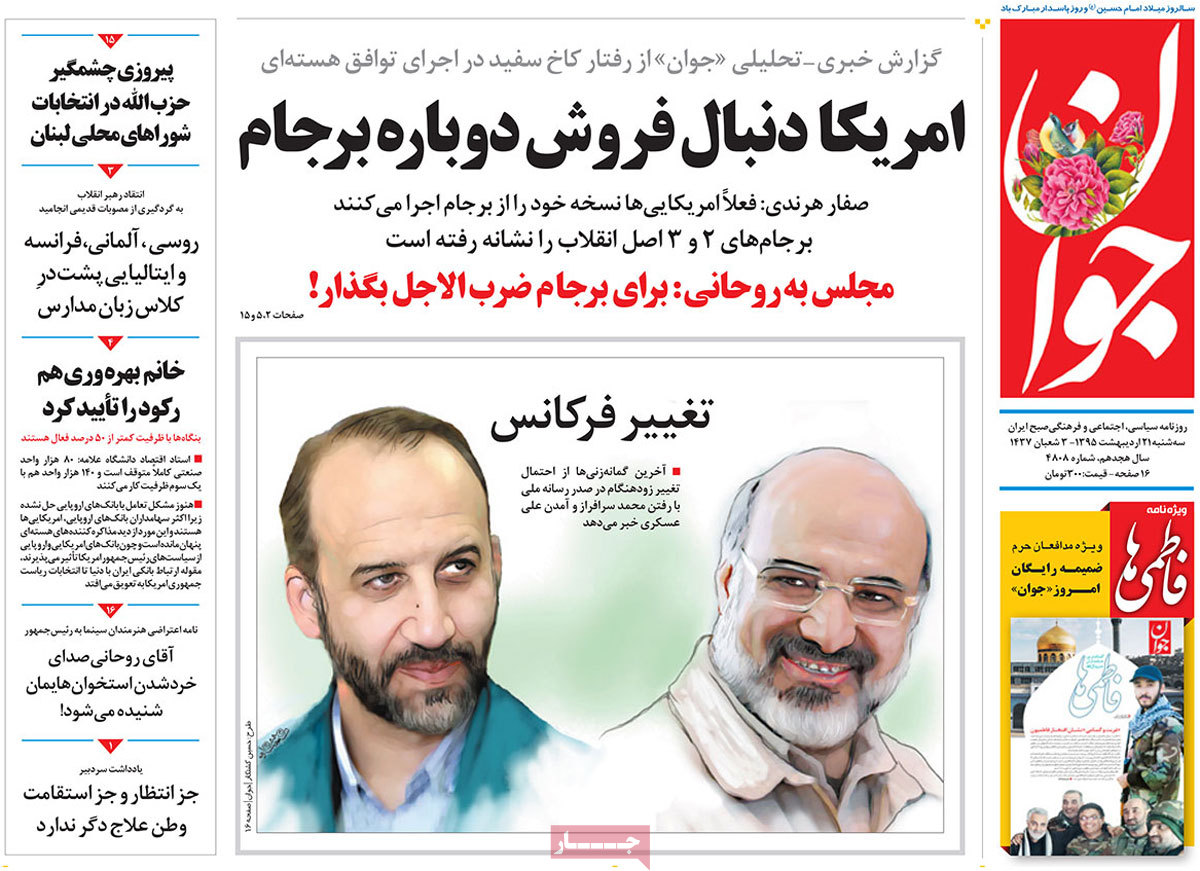 2- Termination of Sanctions Not in Interest of JCPOA Opponents: Rafsanjani

4- Results of Legal Investigations into Seizure of Iran’s Assets Given to National Security Council: Spokesman 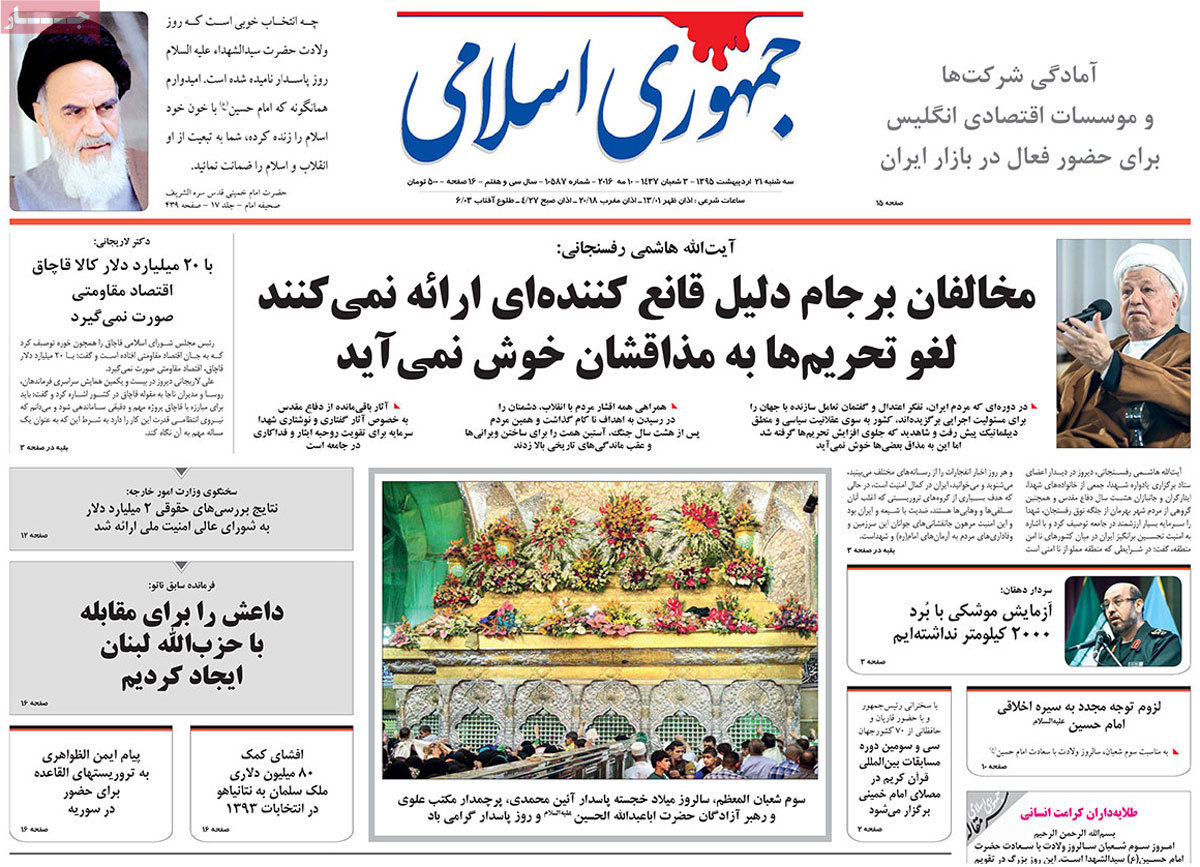 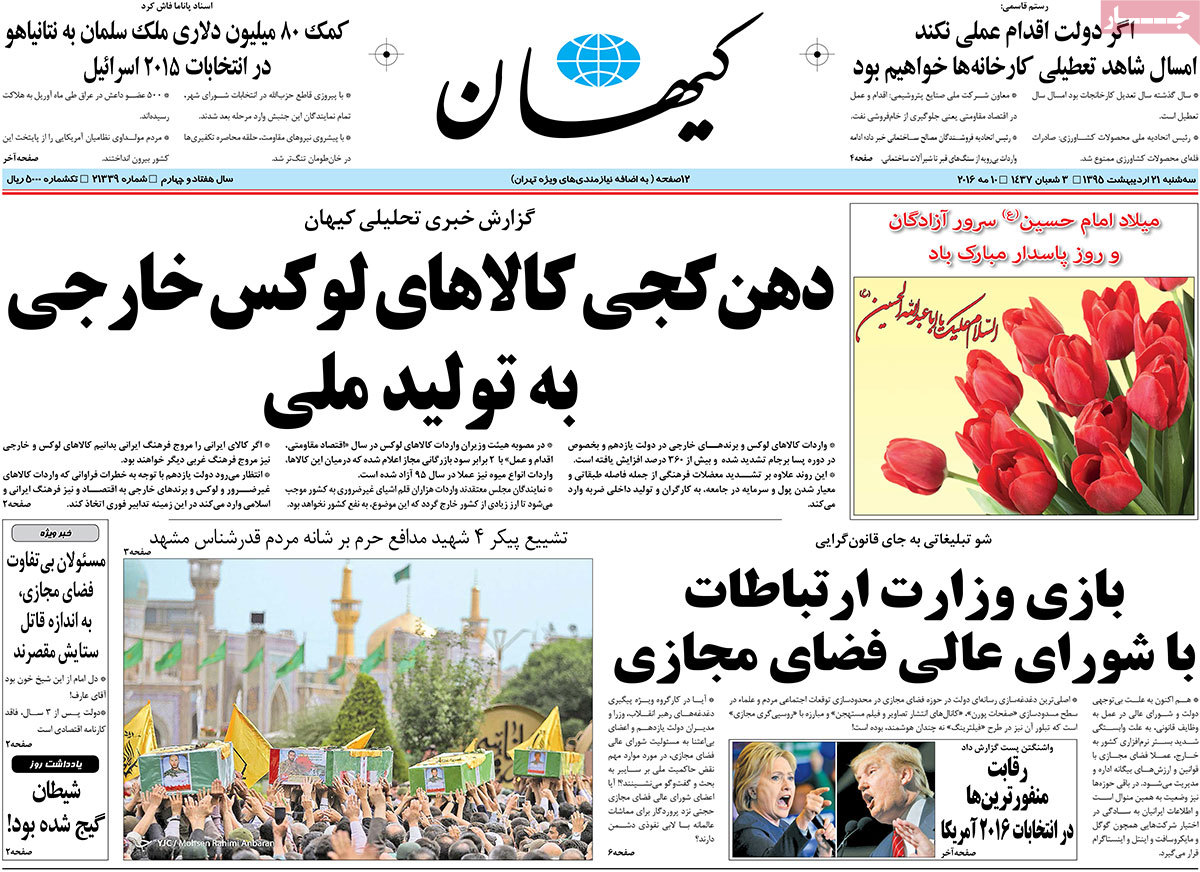 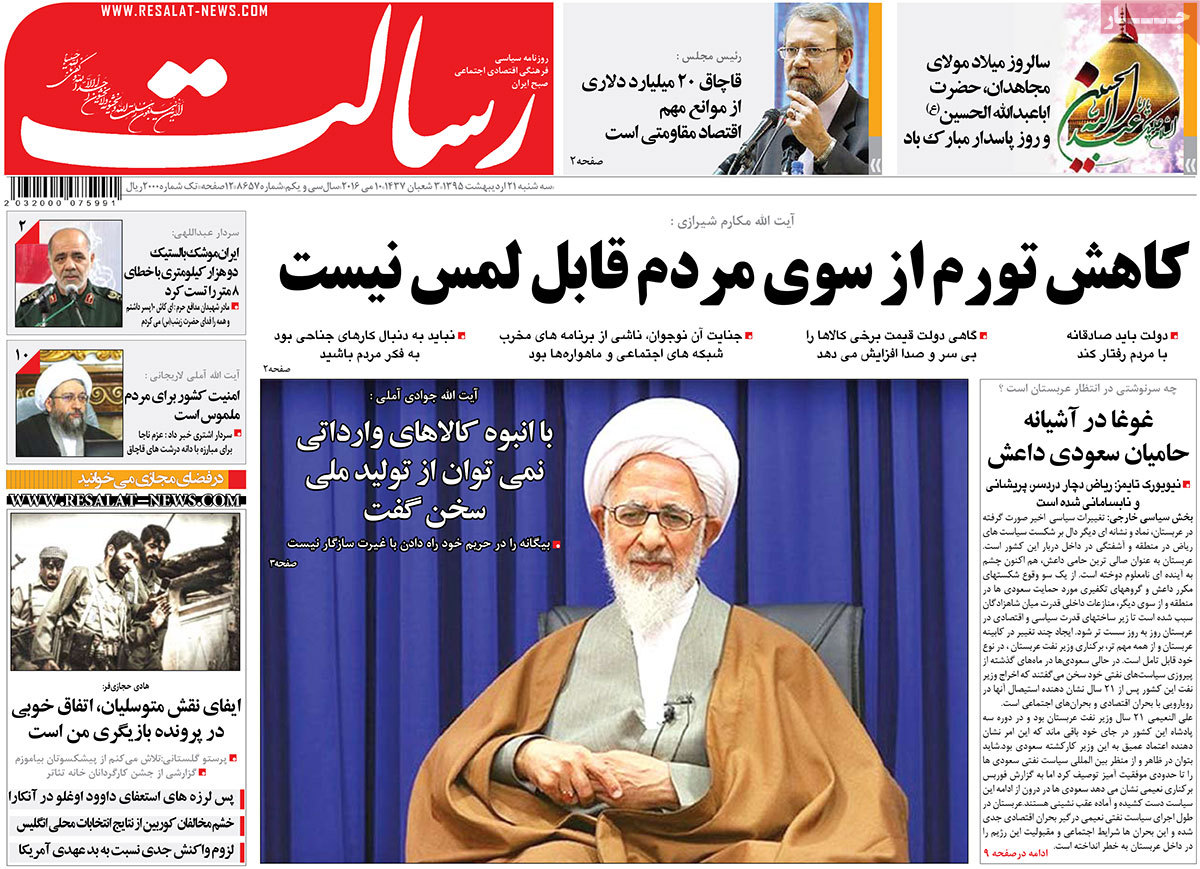 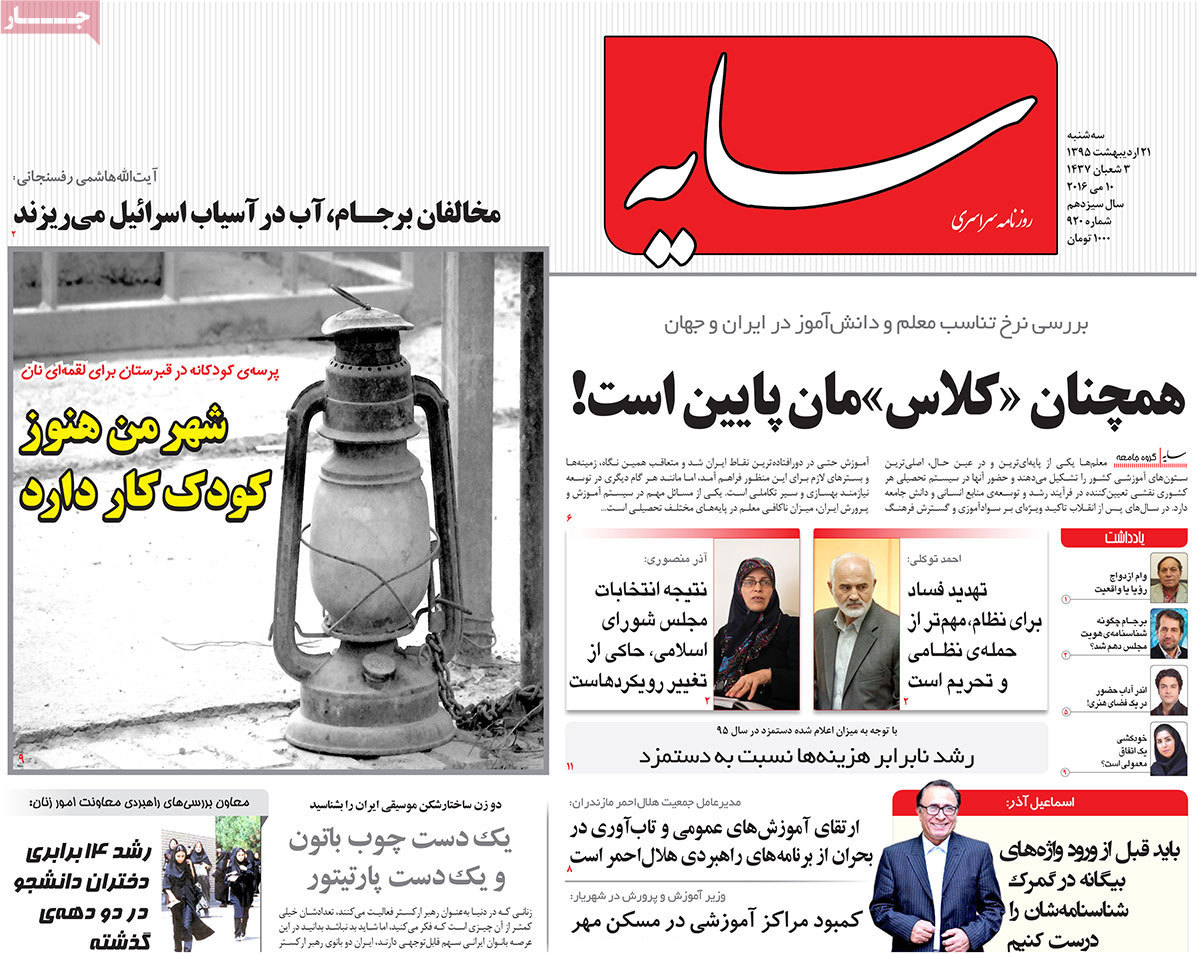 1- Aftershocks of a Decline: 103 MPs Call for Stopping JCPOA Implementation 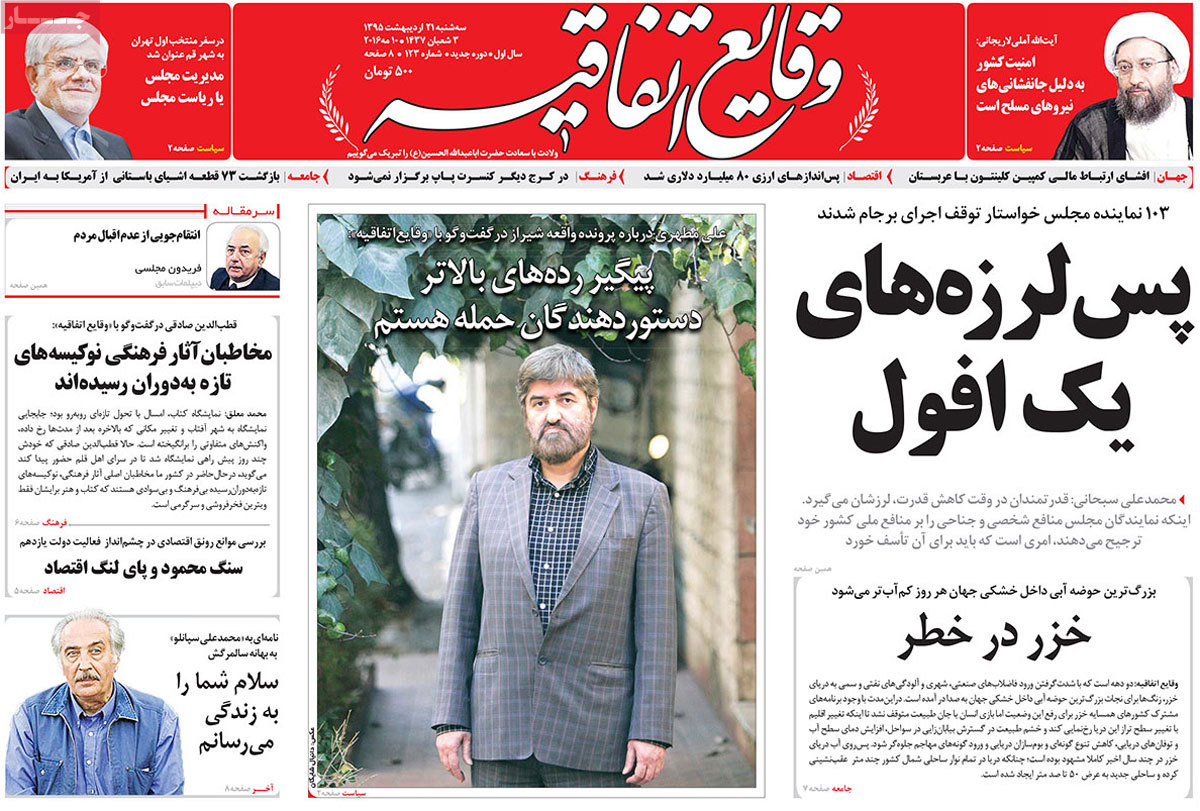 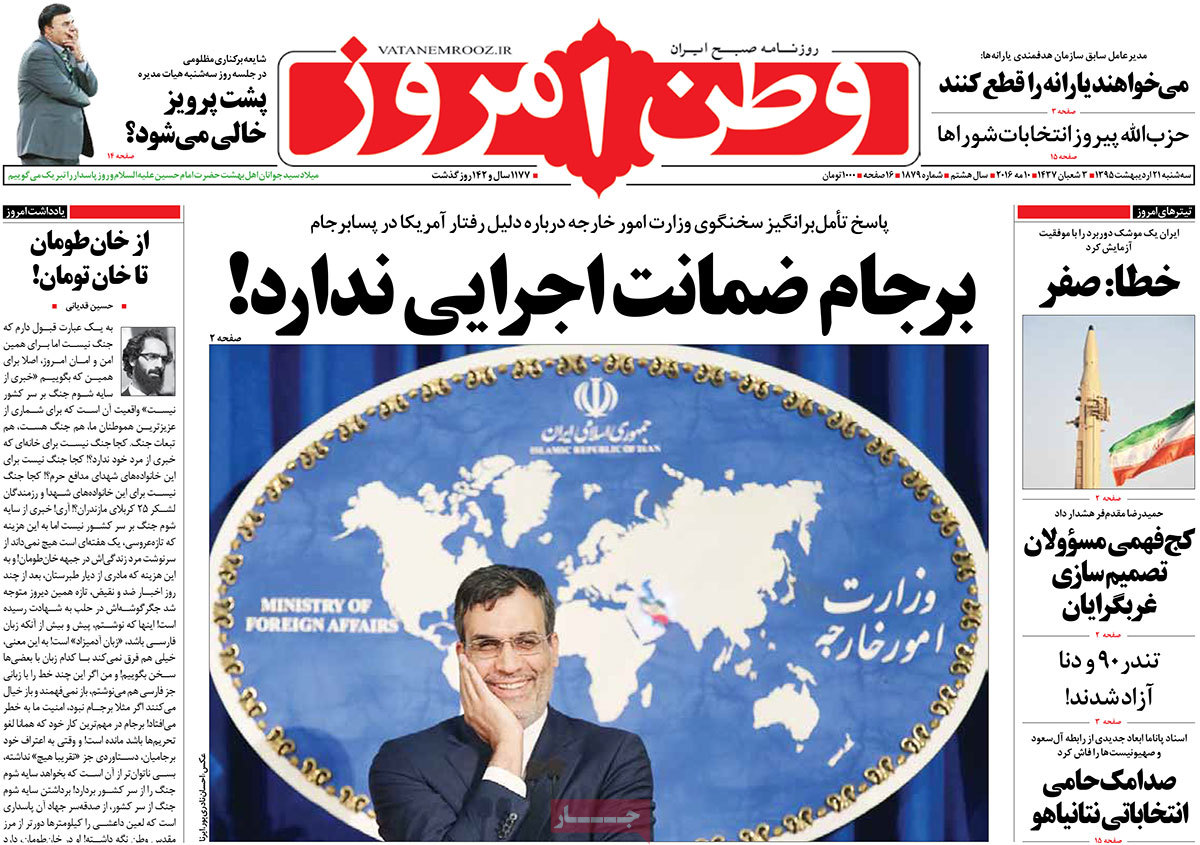