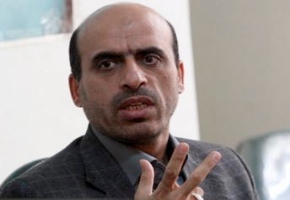 Saudi behaviors show Hajj pilgrimage could not be made: MP

Tehran, May 8, IRNA – This year’s Hajj pilgrimage seems impossible to be performed by Iranians as time is running out and there is no appropriate answer on the side of the Saudis regarding Iran’s conditions, says a senior member of the Parliament.

Mohammad Hassan Asafari a member of the Parliament’s National Security and Foreign Policy Commission made the remarks in an interview with the Islamic Republic News Agency on Sunday.

The Saudi avoidance to provide any comment on Iran’s recommendations for the pilgrimage and the agreements signed between the two countries indicate that they are not still willing to let Iranians make the annual religious ceremony.

The official cited the Iranian Hajj officials as saying to the Commission that there is limited time for doing the necessary preparations for this year’s Hajj pilgrimage and Riyadh is still avoiding to consider Tehran’s requests.

Saudi politically-motivated approach towards the annual ceremony is going to result in cancellation of this year’s Hajj pilgrimage, the MP said.

Even if they respond to Iran’s demands in the time remained, just a limited number of Iranians can attend this year’s Hajj pilgrimage, he added.

Iran insists that the safety of its pilgrims must be ensured, given the disaster in Mina that killed many Iranian pilgrims in Last year’s Hajj ceremony.

More than 460 Iranians were among thousands of pilgrims who died on September 24, 2015, in a stampede in Mina, near the holy city of Mecca.

The incident marked the worst ever tragedy during Hajj.