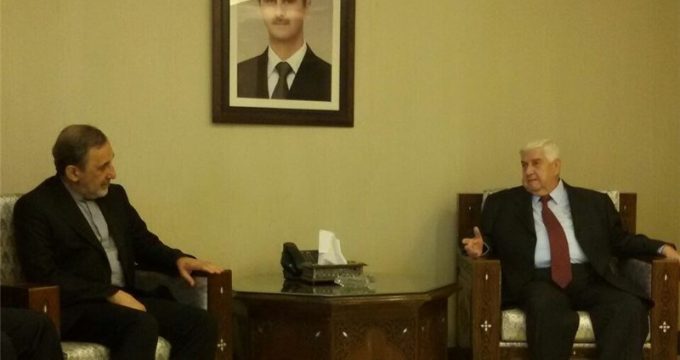 EHRAN (Tasnim) – The axis of resistance will not allow the enemies of Syria to inflict the same miseries upon the Arab country as they did upon Libya, Head of the Center for Strategic Studies of Iran’s Expediency Council Ali Akbar Velayati said.

Enemies of the Syrian government and nation want the country to suffer the what Libya went through, Velayati said at a meeting with Syrian Foreign Minister Walid Muallem, held in Damascus on Saturday.

He noted that in Libya, those who created the chaos themselves have lost control of the situation.

Libya has been grappling with violence and political uncertainty since the oil-rich country’s former dictator Muammar Gaddafi was deposed in 2011.

Velayati emphasized that the axis of resistance (a term used to refer to anti-Israeli and anti-terrorism coalition made up of Iran, Syria, Iraq and Hezbollah), will not let such plots and schemes materialize against Syria.

The top Syrian diplomat, for his part, underlined that Syria owes its victories in the battle against terrorists to the support provided by the Islamic Republic of Iran.