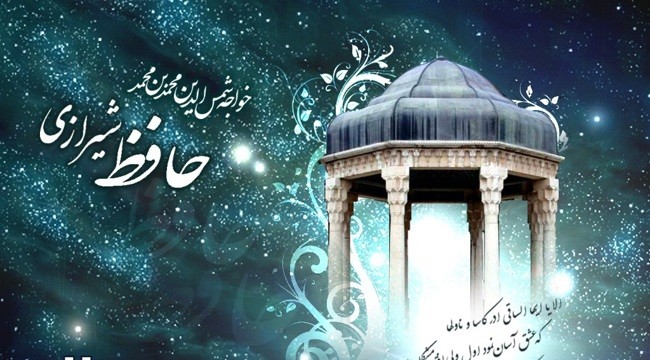 German artist Gunther Uecker’s art collection is currently on show at the mausoleum of Hafez in Shiraz in tribute to the celebrated Persian poet (1325-1386).

The ceremony opened with a few words by Uecker, addressing Iranian and foreign guests from the US, India and Germany. He said the intangible impressions flowing through Hafez’s poems have always been sources of inspiration for him.

“Iranian ancient culture and my experience in Iran have been reflected in my artworks. I honored Hafez’s Ghazals with a ceremony of colors, realizing the unspeakable emotions I get from the verses.”

Hafez is skillful in turning simple concepts into beautiful rhythmic verses. “His poetry and thoughts has broken cultural barriers between the two countries, attracting thinkers and philosophers like Johann Wolfgang Goethe.”

Gunther Uecker, 85, is a sculptor, optical and installation artist. He has participated in many exhibitions, including Documenta 4, Kassel, Germany (1968), the Venice Biennale (1970), and numerous solos, including one at the Kunsthalle Dusseldorf (1983), a retrospective at the Kunsthalle der Hypo-Kulturstiftung, Munich (1990), and another solo show at the Ulmer Museum, Ulm, Germany (2010).

His works can be found in the collections of major institutions worldwide, among them: the ZERO foundation and Museum Kunst Palast, Dusseldorf; Calderara Foundation Collection, Milan; Courtauld Institute of Art, (London); Honolulu Museum of Art and the Schleswig-Holstein Museums (Germany).
The exhibition will move to ‘Tar-o Pood’ Museum in the city, welcoming visitors until May 31, after which it will be hosted in Germany.