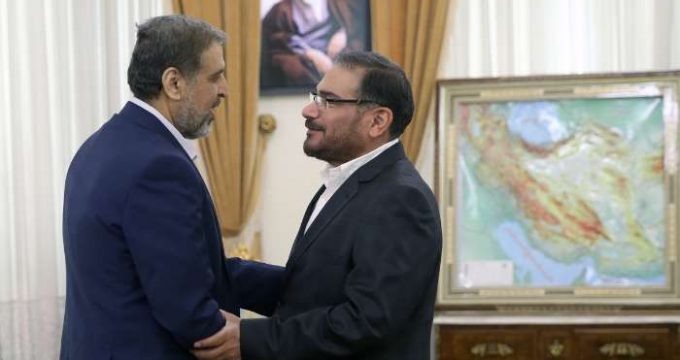 Tehran, May 2, IRNA – Secretary for the Supreme National Security Council (SNSC) Ali Shamkhani stressed Iran’s firm support for resistance movement in Gaza and for the continuation of dispatching foodstuffs and medical items to the besieged territory.

He further said that Israel was the strategic partner of terrorist and Takfiri groups and provided arms, medical and intelligence assistance to them in massacring Muslims and creating conflicts in Islamic countries.

He further commented on the propaganda by the media and press affiliated to the Zionist regime regarding the nuclear agreement between Iran and the six world powers and said the deal is a brilliant example of Iran soft power in confronting the hegemonic powers and multiplied Tehran’s might in defending the ideals of the Islamic Revolution.

During the meeting, the Leader said that the US-led West is trying to control the region by large-scale war against Islam.