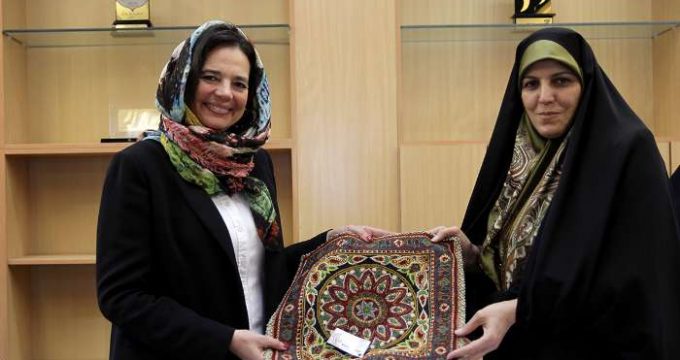 Tehran, April 27, IRNA – Belgium President of Senate Christine Defraigne said on Wednesday that there are common grounds for cooperation between the two countries.

She made the remarks in a meeting with Vice-President for Women and Family Affairs Shahindokht Molaverdi.

Defraigne said that Belgium considers Iran as actor of stability and the Belgian government sees the international campaign against terrorism as a common goal with the Islamic Republic of Iran.

She said that the Belgian parliamentary delegation reviewed the Syrian crisis with Iranian Majlis Speaker and hoped for collective campaign of the international community against terrorism.

‘We were interested to meet you and to hear about Iranian women situation from you and as you see our delegation is mainly comprised of women senators,’ Defraigne told the VP.

She said that women are facing problems everywhere in the world and that the Belgian government has identified women problems in Belgium to remove them.

President of Belgian Senate arrived in Tehran on Wednesday on the head of parliamentary delegation.