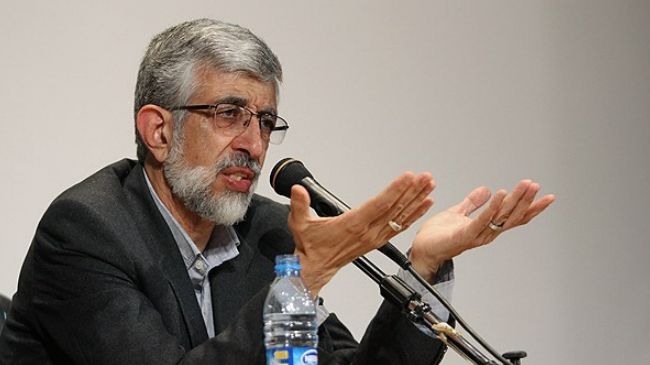 TEHRAN (Tasnim) – A senior Iranian legislature denounced the US decision to seize nearly $2 billion of the Central Bank of Iran’s assets as a clear violation of the July 2015 nuclear deal between Tehran and six world powers, also known as JCPOA.

“The US administration’s move to seize $2 billion of Iran’s blocked assets is definitely considered a breach of the Joint Comprehensive Plan of Action (JCPOA),” Gholam-Ali Haddad Adel, who is also a member of the country’s Expediency Council told the Tasnim News Agency on Tuesday.

He further emphasized that Washington has regarded the nuclear negotiations with Tehran as a tool for interfering in the internal affairs of the Islamic Republic and other regional countries.

The parliamentarian went on to say that as it has previously announced, the US is trying to change Iran’s behavior toward regional issues as well as its internal policy through putting the country under economic pressures.

On Wednesday, the US Supreme Court upheld the Congress and President Barack Obama’s actions to hold Iran financially responsible for the 1983 bombing that killed 241 Marines at their barracks in the Lebanese capital, Beirut.

In 2012, the US Congress passed a law that specifically directed the American bank to turn over the Iranian assets to victims’ families. Obama also entered the battle in an effort to force the payments on Iran.