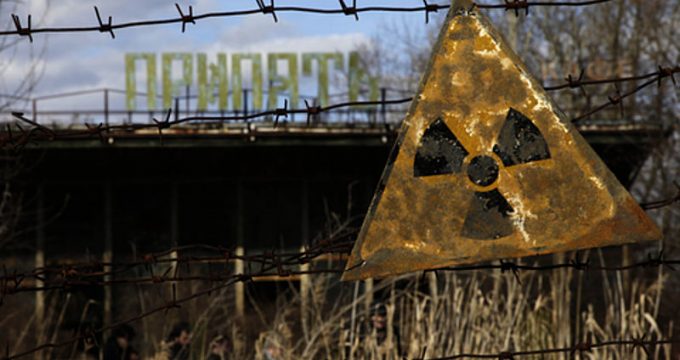 The Chernobyl disaster was acatastrophic nuclear disasterthat occurred on April 26th, 1986 at the Chernobyl nuclear power plant in Ukraine, which was then part of the Soviet Union. An explosion in one of the reactors led to the release of large quantities of radioactive contamination into the atmosphere, which spread over much of the Western USSR and Europe.

The events began during a systems test being run at reactor number four. A sudden surge of power occurred, which prompted the operators to opt for an emergency shutdown. It was then that another spike in power occurred. This led to a series of explosions and fire. This fire caused radioactive fallout to be released into the atmosphere over a large area, and encompassed large parts of the western area of the Soviet Union and Europe.

The Chernobyl disaster is considered the worstnuclear powerplant accident in history. The effort to contain the contamination involved over 500,000 workers and cost around18 billionrubles. The short and long-term effects such as cancers and deformities are still being studied, as these effects can be witnessed to this day.

The incident led to concerns about the safety of the application of nuclear power, and this form of power in general.

Within four years at least 5,000 of the more than 600,000 decontamination workers died from various causes; the fraction of deaths attributable to Chernobyl is unknown.

Roughly 100 plant personnel, Pripyat residents, local farmers, coal miners and officials were killed in the immediate aftermath of the disaster.

A study was commissioned by Greenpeace, which asserted that “the most recently published figures indicate that in Belarus, Russia and Ukraine alone the accident could have resulted in an estimated 200,000 additional deaths in the period between 1990 and 2004.”

The German affiliate of the International Physicians for the Prevention of Nuclear War (IPPNW) argued that more than 10,000 people are today affected by thyroid cancer as a result of the Chernobyl disaster and 50,000 cases are expected in the future.

The 2007 Russian publication,Chernobyl, presents an analysis of scientific literature and concludes that medical records between the date of the disaster and 2004 show 985,000 premature deaths as a result of the radioactivity released.

Today, an area extending 31km in all directions from the plant is known as the “Zone of Alienation”. This zone is for the most part uninhabited, except for some residents who have refused to leave the area. Even today, workers in the area are not allowed to work more than five hours a day for one month, and then must take 15 days for rest. It is estimated that the area will not be safe again for human life for 20,000 years. The site was opened for tourists in 2011, should they wish to learn more about the tragedy.

This article was written by American Herald Tribune staff on Apr. 26, 2016.