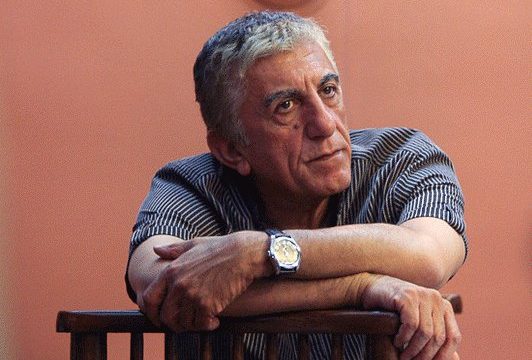 Tehran, April 25, IRNA – A prominent Iranian actor believes that Iran’s film industry, which is independent and influential, can be “the sole alternative to US cinema”.

Reza Kianian also believes Iran’s cinema has been a ‘filmmaking model’ for other countries.

Kianian has won several major awards and statuettes in film festivals. Throughout his illustrious career, he has worked with esteemed directors such as Bahman Farmanara, Masoud Kimiayi, Ebrahim Hatamikia and Saman Moqaddam.

In a recent interview with Iran Daily, Kianian expounded on the leading role of Iran’s cinema in the world.

IRAN DAILY: How do you rank Iran’s cinema among independent counterparts across the globe?

-Why do you believe Iran’s movie industry is the sole alternative to the US cinema?

Nowadays, Hollywood and Bollywood are the two film industry hubs in the world. However, the latter was inspired by the former. Since there is not a third hub, they have managed to maintain a tight grip on the world film industries. Hence, Iran’s cinema — with its own features — can be an alternative to the US cinema. This is because these features have helped Iran’s film industry to routinely win awards in international festivals.

It is worth mentioning that Iran has won more prizes than other countries. The principles of Iran’s cinema are taught in well-known universities across the world. Given such achievements, we can conclude that Iran’s cinema has been influential worldwide.

-Other countries have also won major prizes in international festivals. Why do you think Iranian films have been more influential?

Countries such as Hong Kong, China, South Korea and Turkey have occasionally received prizes in international events. But Iran’s movie industry has continuously scored success in international festivals over the past years. The influential role of Iran’s cinema has prompted other countries to produce films like ours. Over the past years, France and Japan have made films by taking the cue from Iran’s film industry. Iran’s cinema has been so influential that Israel has produced some films following the features of Iranian films.

-If Iran wants to be an alternative to US cinema, what should it do to be able to flaunt its skills in the movie industry?

We should get to know our movie industry. However, many of us lack adequate information in this respect. It seems that there are no motives to draw people’s attention to the cinema.

We are also used to turning a blind eye on our capabilities and potentials and praise other countries for what they possess. We follow this approach in the movie industry. We do not pay attention to our country’s cinema and do not often go to the movies.
The Iranian media should highlight national values. Necessarily, we do not need to be a reporter or journalist to do so. In the US, people proudly talk about their movie industry and have good information about that.

Iran’s movie industry has made great achievements. Hence, we should not spare efforts to identify and introduce such achievements.