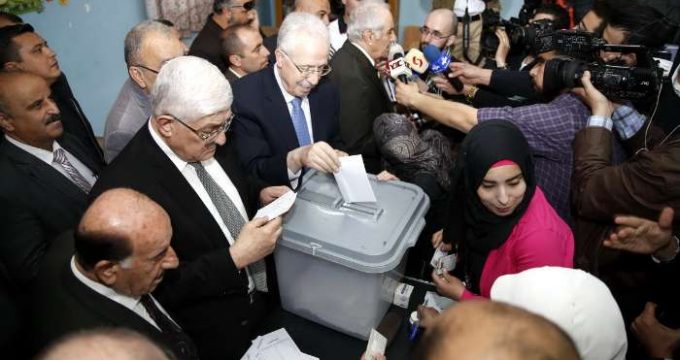 TEHRAN (Tasnim) – A Middle East expert hailed the parliamentary elections in Syria for paving the way for the formation of a national unity government, the same goal being pursued in the Geneva talks between the Damascus government and the opposition.

Speaking to the Tasnim News Agency, Basem al-Awadi, a London-based expert in Middle East affairs, said the parliamentary elections in Syria are closely linked with the Geneva peace talks.

Negotiations in Geneva revolve around the formation of a national unity government, while the parliamentary polls set the stage for such a government and adoption of a new constitution, he added.

The analyst also described the election as a step forward in Syria’s political developments, because the Arab country cannot wait for the armed clashes to ease off for starting to form a new parliament and government. Syrians cast their votes in parliamentary elections on Wednesday, however, large parts of the country that are controlled by the terrorist groups and the opposition did not participate in the voting.

The elections were held on the first day of a new round of diplomatic talks in Geneva.