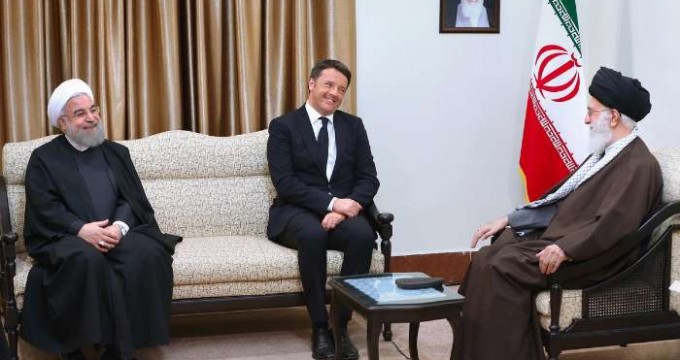 Tehran, April 13, The Iran Project – Head of Iran’s Chamber of Commerce, Industries, Mines and Agriculture says Italian companies are seeking to have an effective presence in the Iranian markets.

Referring to the Italian government’s policies to take advantage of Iran’s markets, Iran trader stated that this will make Italian companies to bring a larger share of employment opportunities for the people of the country.

He pointed out that economic structure of the two countries shows that we can collaborate in various fields, adding it is not only the governments’ duty to provide the necessary conditions but private sector organizations are also required to take a serious and professional step to prepare the ground for this process.

During the Italian Prime Minister Matteo Renzi trip to Tehran, seven cooperation documents have been signed between the two countries.

He also referred to Iran-Italy’s bilateral agreements that were signed yesterday, and announced that 12 more documents will be signed in today’s meeting; most of them are final operational documents that allow both sides to start working on the ground.

Leader of the Islamic Revolution Ayatollah Seyed Ali Khamenei as weil said on Tuesday that Iran holds a “positive” view of Italy, expressed the hope that visit by the European country’s prime minister would further strengthen Iran’s optimistic view.

Italy was one of Iran’s leading economic and trade partners before sanctions when annual exchanges amounted to 7.5 billion euros compared with $1.4 billion euros now.

The Italian prime minister arrived in Tehran on Tuesday at the head of a 250-strong political and economic delegation, making him the first major Western figure to travel to Iran after the lifting of international sanctions against the Islamic Republic.