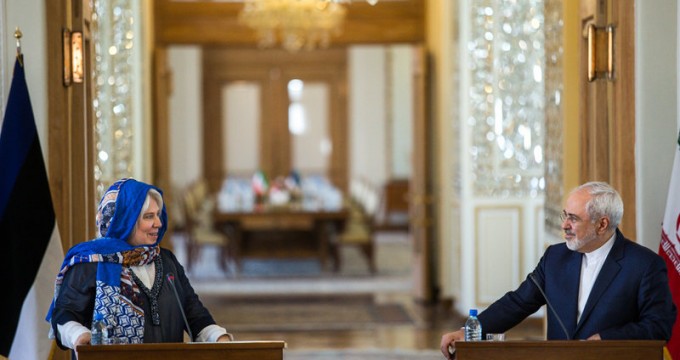 She also called for expansion of all-out mutual cooperation, adding that the two countries could also cooperate in international arenas at the United Nation and working groups.

She said Estonia as a non-permanent member of the United Nation Security Council and a member of European Union enjoys very cordial relations with Iran.

Touching upon Mogherini’s upcoming visit to Tehran, she added the visit would expand Iran-Europe relations.

She also expressed her satisfaction over her visit to Iran, adding the ways for expanding mutual trade cooperation would be surveyed during the visit.

Touching upon the two counties’ economic cooperation, she said Estonia attaches great importance to expansion of trade ties with Iran.

‘Estonia is fully ready to expand relations with Iran in cyber, Information and Communications Technologies (ICT) and transportation arenas,’ she said.

Kaljurand, heading a trade and political delegation, arrived in Tehran on Sunday to meet with senior Iranian officials during her two-day visit.

Prior to her joint press conference, she held talks with Zarif and is set to hold talks with President Hassan Rouhani.