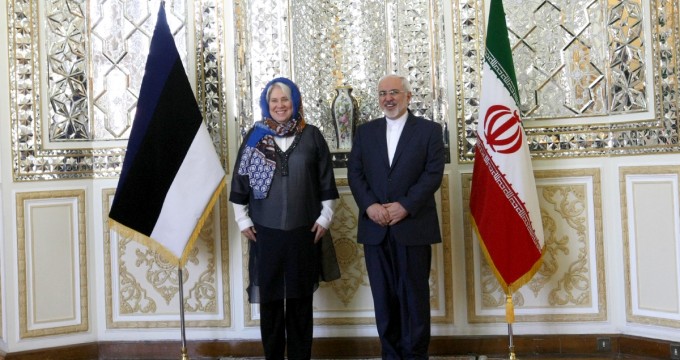 Iran urges halt to US arms sales to region

TEHRAN (Tasnim) – Iranian Foreign Minister Mohammad Javad Zarif stressed the need for a cut-off of US arms sales to the regional countries in order for the lives of innocent people in the Middle East to be protected.

“If the US government is really serious about the defensive issues, it should cut the sale of weapons to the region that (are used to) slaughter the innocent people of Yemen every day,” Zarif said at a joint press conference with his Estonian counterpart in Tehran on Sunday.

He also called for measures to prevent the Zionist regime of Israel from employing the weapons that are used for attacking civilians, according to the official announcement of Tel Aviv.

Zarif made the comments after US Secretary of State John Kerry’s recent trip to the Middle East and his controversial comments about Iran’s missile program.

While in Bahrain on Thursday, Kerry said Washington was open to a “new arrangement” with Iran for peacefully resolving disputes such as Tehran’s ballistic missile tests.

He also said that the US would continue to lift the economic sanctions against Iran that it had agreed to as part of the Joint Comprehensive Plan of Action (JCPOA), even while imposing new ones to counter Tehran’s missile tests.