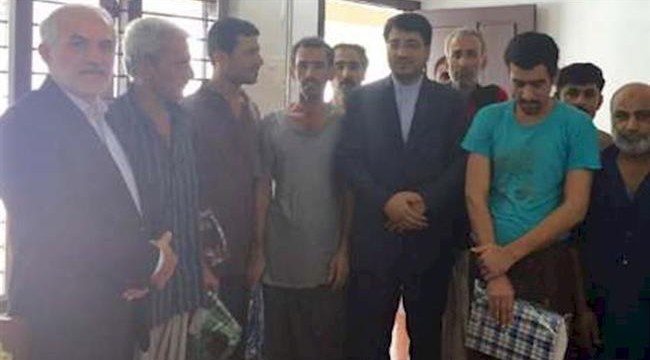 Speaking to IRIB, Rahimpour added that the sailors were freed on Friday following long discussions with Indian officials.

He said Iran had had no access to the detained sailors throughout judicial proceedings.

They will set off for Tehran’s Imam Khomeini International Airport later in the day, he added.

The Iranian diplomat said 10 crew members had been freed several weeks ago and the boat’s captain the last to be freed on Friday after paying cash fine.

Nourian said the ship will be handed over to its owner after its technical glitches are fixed.

The Iranian boat, known as Barooki, was intercepted by India’s Coast Guard and state police on July 5, 2015 after it was found in Indian waters. The Iranian crew members had been questioned for possible arms smuggling and breach of India’s national security after phones, a tablet and Pakistani identity cards were found on board.

On March 18, a court in India’s city of Kochi cleared the 11 crew members of the Iranian fishing boat of charges of drug trafficking and links to militant organizations.

The National Investigation Agency (NIA) said all charges leveled against the crew members were dropped after it failed to find links between Iranians and any militant organization or international drug mafia.