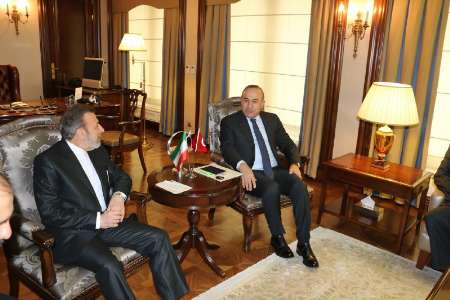 “The 25th meeting of Iran-Turkey Joint Economic Commission is a suitable opportunity for the expansion of economic and trade cooperation between the two countries,” Çavuşoğlu said during the meeting.

Vaezi as President Rouhani’s special representative in relations with Turkey, for his part, reiterated that Iran-Turkey relations are historic and brotherly.

The Iranian minister reiterated the need for broadening of mutual cooperation between the two countries in all political, cultural and economic areas.

Vaezi, President Rouhani’s special representative in relations with Turkey, is currently in Ankara at the head of an economic delegation to attend the 25th Iran-Turkey Joint Economic Commission Meeting.

Earlier, the Iranian minister talked on the phone with Turkish Minister of Customs and Trade Bulent Tufenkci and Minister of Development Cevdet Yılmaz.