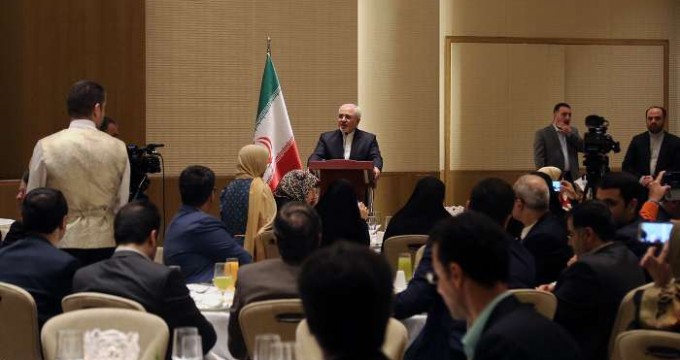 Iran hopes for lasting peace between Baku, Yerevan over Karabakh

Iranian Foreign Minister Mohammad Javad Zarif has expressed hope that the ceasefire agreed recently between Azerbaijan and Armenia would last to help end clashes in the disputed region of Karabakh.

“We hope that the ceasefire would be lasting,” Zarif told reporters after his meeting with Russian Foreign Minister Sergei Lavrov in Baku, Azerbaijan, on Thursday.

He added that Iranian officials have held meetings with Azeri and Armenian authorities to exchange views on recent hostilities in the Caucasus region.

The new spate of clashes, involving heavy artillery and rockets, broke out between Armenia and Azerbaijan over Karabakh on April 1. At least 75 people have been killed after four days of fighting.

The two sides agreed to the ceasefire on April 5 but continue to accuse each other of violating the truce.

Also on Thursday, the Iranian foreign minister met and held talks with Azeri President Ilham Aliyev, during which they discussed bilateral ties as well as regional issues.

The Islamic Republic of Iran pursues a policy of expanding ties with Azerbaijan and other neighbors, Zarif told Aliyev.

The Azeri president, for his part, urged closer economic relations with Iran and emphasized the need for joint Tehran-Baku cooperation in the battle against terror.

He also described the trilateral meeting held on Thursday between Iran, Azerbaijan and Russia in Baku as significant, saying it would open a new chapter in Azerbaijan’s ties with the two countries.

The Iranian foreign minister attended trilateral talks with his Azeri and Russian counterparts on Thursday to discuss different issues, including bilateral relations.