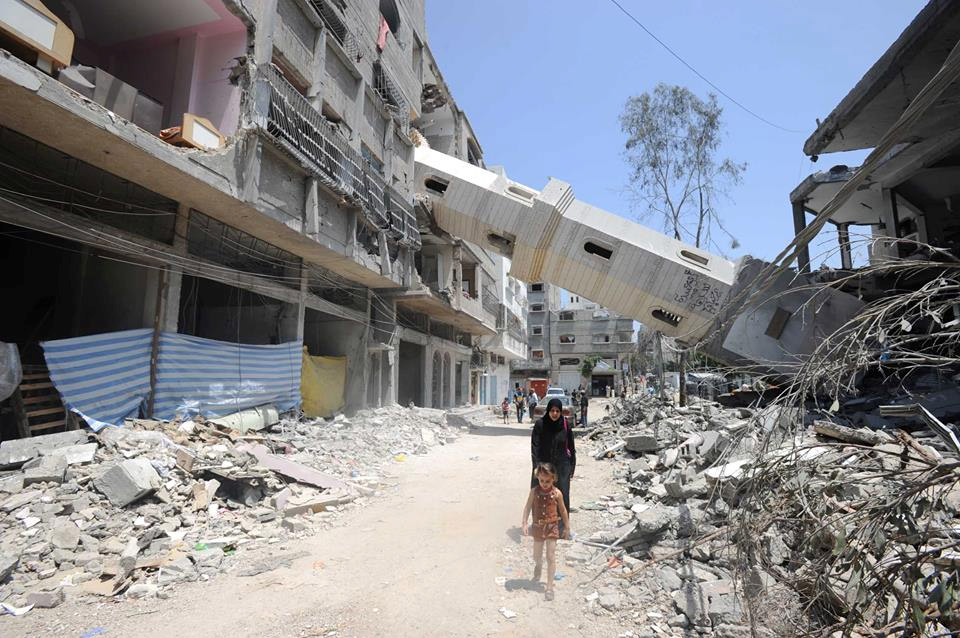 Much of Gaza remains in shambles since Israel’s war against the coastal territory in summer 2014, which killed more than 2,500 people and wreaked huge destruction across the strip.

Since 2007, Israel and Egypt have imposed a blockade on Gaza which has one of the world’s highest unemployment rates and poverty is widespread.

Israel on Monday announced it had stopped private imports of cement to the enclave, accusing Hamas of diverting supplies.

Hamas denied the accusation, saying the imports were in line with a UN-brokered Gaza Reconstruction Mechanism, aimed at allowing for reconstruction following Israel’s three devastating wars since 2008.

Robert Piper, the UN humanitarian coordinator for the Palestinian territories, also said he did not have the evidence to support the Israeli accusation.

Imad al-Baz, deputy director of the Economy Ministry in Gaza, said the Hamas government doesn’t interfere with the cement mechanism. He said all cement distribution sites in Gaza are monitored by Israeli cameras.

Baz warned that Israel’s decision would have “dire consequences.”

“If Israel continues to prevent the supply of cement to Gaza, the situation will explode in the face of the occupation and it will bear the responsibility,” he said.

The decision would be “stopping the wheels of reconstruction, destroying the economy and increasing unemployment with adverse repercussions for tens of thousands of citizens,” Baz added.

The UN has decried the Israeli devastation and human suffering left behind by the offensives in Gaza as “unprecedented.”

The UK-based international charity organization Oxfam has warned that rebuilding the territory would take more than 100 years with an Israeli blockade in place.

Oxfam says the strip is in dire need of more than 800,000 truckloads of construction materials to lift itself out of the ruination caused by the war.