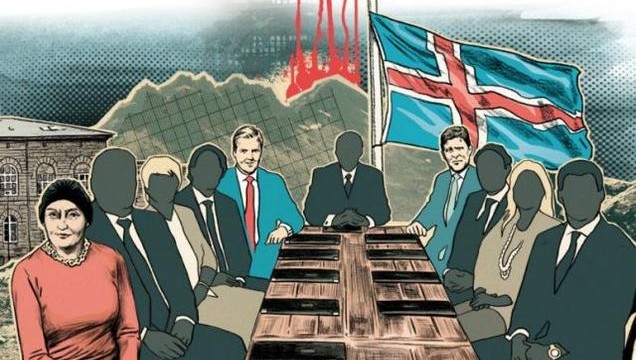 Alwaght- International Consortium of Investigative Journalists, a coalition of media outlets, published on Sunday documents of offshore financial dealings of the Politicians, rich and famous figures, based on a vast trove of documents leaked from Mossack Fonseca, a Panamanian law firm.

The giant revelation of confidential documents, so-called Panama Papers, shows how the rich and powerful are able to exploit secret offshore tax regimes in myriad ways.

Some highlights that the International Consortium of Investigative Journalists found:

Saudi Arabia’s King Salman has used money from a company in the British Virgin Islands to pay for mortgages on luxury properties in London and for a yacht he keeps parked in Marbella, Spain. The vessel has its own banquet hall and enough space to comfortably sleep 30 guests.

The Prime Minister of Iceland secretly owned the debt of failed Icelandic banks while he was involved in political negotiations over their fate.

The family of Pakistan’s prime minister owns millions of dollars worth of real estate via offshore accounts.

Ukrainian President Petro Poroshenko pledged to sell his Ukrainian business interests during his campaign, but appears instead to have transferred them to an offshore company he controls.

Vladimir Putin’s inner circle appears to control about $2 billion worth of offshore assets.

Argentina’s President Mauricio Macri, was mayor of Buenos Aires, failed to disclose the fact that he had assets in a family-owned shell company in the Bahamas

What’s a shell company? Why would someone want one?

Sometimes a person or a well-known company or institution wants to buy things or own assets in a way that obscures who the real buyer is.

The typical reason for this is a kind of routine corporate secrecy. Apple, for example, appears to have created a shell company called SixtyEight Research that journalists believe to be a front for its interest in building a car. Since Apple happens to be the most-covered company on the planet this hasn’t been incredible effective and when SixtyEight Research staff showed up at an auto industry conference everybody noticed.

But in general, companies don’t like to tip their hand to what they are doing and the use of shell companies to undertake not-ready-for-public-announcement projects can be a useful tool.

Shell companies are often sometimes used for simple privacy reasons. Real estate transactions, for example, are generally a matter of public record. So an athlete, actor, or other celebrity who wants to buy a house without his name and address ending up in the papers might want to pay a lawyer to set up a shell company to do the purchasing.