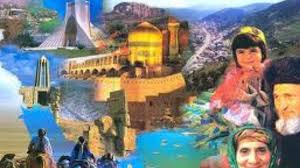 Iran’s emerging travel market is expecting better times and will continue on the growth path, according to industry insiders.
Iranians welcomed the new year (1395) on March 20, and officials and professionals involved in the sector stress that both inbound and domestic tourism sectors will grow this year, according to the Persian daily Donya-e-Eqtesad. Holiday travel in the first 10 days of the new Iranian year went up by a whopping 48% compared to the same period last year, portending a good year for domestic tourism.

The industry has been given special attention in the next five-year economic development plan — which will go into effect later this year — raising hopes of Iran meeting its tourism goals that include attracting 20 million tourists a year by 2025.

Last year, the Leader of the Islamic Revolution Seyyed Ali Khamenei and President Hassan Rouhani emphasized the need for developing a green economy, and senior officials and experts have pointed to tourism as the only green and sustainable alternative to an oil industry which has been hit hard by plummeting prices for almost two years.
“Everything is looking up and the industry will definitely have a good year,” said Jamshid Hamzezadeh, president of Iranian Hoteliers’ Society.

Pointing to hotels as “one of the most important components of tourism,” the hotelier said the hospitality industry is also set to experience a good year, “both in terms of hotel construction and occupancy rates.”

However, he warned that without proper planning and commitment, nothing will change.

With Iran’s Cultural Heritage, Handicrafts and Tourism Organization’s budget set to increase substantially in the current fiscal year (started March 20), many are calling on the top tourism authority to launch an effective ad campaign.

“The organization needs to become an active promoter of Iranian tourism abroad,” said Nasser Riahi, a member of the Tourism Commission at the Iran Chamber of Commerce, Industries, Mines and Agriculture.

He said the ICHHTO must begin planning and start running ads on local TV in target countries, as well as in reputable journals overseas.
“Tourism is the only industry well-positioned to meet its 2025 goals as outlined in the 20-Year Vision Plan (2005-25), so it deserves a lot more attention,” Riahi added.

He pointed to visa facilitation as another measure that can help boost tourism and commended efforts made last year to ease or waive visa requirements with other nations.
Iran is planning to waive visa requirements for nationals of 28 countries, and is expected to launch the electronic visa application by the end of the current fiscal year (March 20, 2017).

Riahi said it is imperative to encourage investment in the country, adding that “potential investors are not given proper incentives.” He did not elaborate.
According to Samiollah Hosseini Makarem, deputy for development and management at ICHHTO, about 10% of the National Development Fund’s resources are set to be allocated for tourism projects, “which will allow us to help companies that have invested heavily in Iran’s tourism projects.”