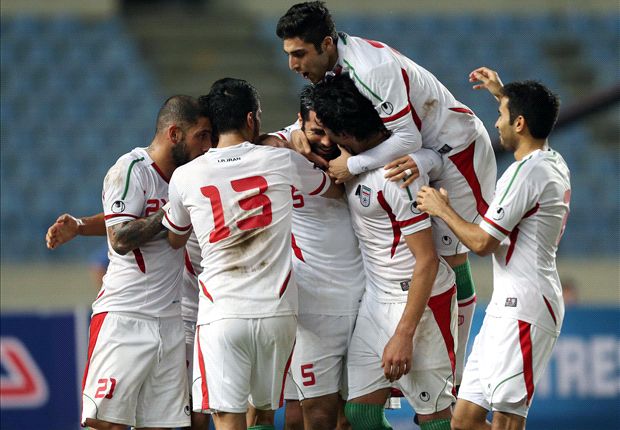 Iranian professional footballers Sardar Azmoun and Vahid Amiri have received an official warning each from FIFA for their wrong behavior during the 2018 FIFA World Cup qualifying match against India in March.

The governing body of association football called on the two Iranian soccer players to modify their behavior and bear in mind that their acts will be written down and referred to when it comes to major international tournaments.

On March 24, the Indian outfit went down 0-4 to Asian football giant Iran in a one-sided Group D qualifier for the 2018 FIFA World Cup at the Azadi Stadium in western Tehran.

Ehsan Hajsafi struck twice in the 33rd and 66th minutes from the penalty spot, while Sardar Azmoun and Alireza Jahanbakhsh pinned the ball at the back of the visitors’ net once each in the 61st and 78th minutes.

Vo Minh Tri, the Vietnamese referee of the match, showed Amiri the yellow card in the 58th minute and flashed another one half an hour later for 21-year-old Azmoun, who plays as a striker for Rostov on loan from Rubin Kazan in the Russian Premier League as well as Iran men’s national volleyball team.

The national Iranian football team defeated Oman 2-0 in Tehran’s Azadi Stadium on March 30 to top Group D with 20 points and advance to the final stage of 2018 World Cup qualifiers.

Azmoun found the back of the net with two headers in the 16th and 23rd minutes.

“We showed a good performance in the first half and we could have scored more goals but our players wasted their chances,” manager of Iran national team Carlos Queiroz said in the post-match news conference.

“We controlled the possession in that game and didn’t allow Oman to create just a chance. I dedicate this victory to the Iranian football fans as well as the players who were awesome in the group stage,” the 63-year-old Portuguese coach added.

The draw for the third round of the 2018 FIFA World Cup qualifiers, where 12 teams will be split up into two groups and the top two from each qualify to Russia event, will take place next month.