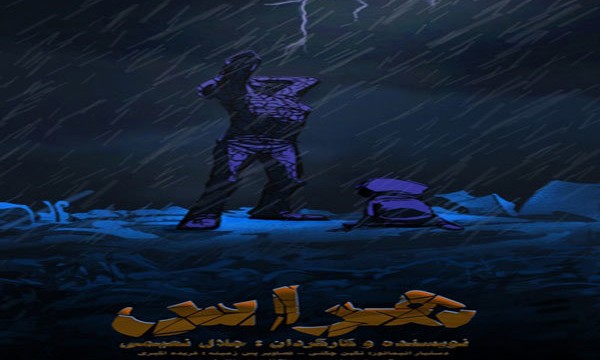 TEHRAN, Apr. 04 (MNA) – Iranian animated movie Alarm made its way to the Cartoons on the Bay, one of the main international festival dedicated to animation in Italy.

Directed by Jalal Naeimi and produced by National Media Center, Alarm will be screened at the 19th edition of International Festival of TV Animation and cross-media, Cartoons on the Bay.

Aimed at combating drug addiction and its harmful effects on families, Alarm recounts the story of an addicted man who is begging with his kid. Every time he uses drugs or cigarettes, some cracks are made in his body. The more he consumes drugs, the more cracks are made on his body, so that all members of his body is full of cracks making him a ‘cracked man’.

Cartoons on the Bay is one of the main international festival dedicated to animation, cross-media, videogame and children television.

The purpose of this festival is to promote the network and activity of authors and producers worldwide, offering a chance of meeting, in a formal yet functional context, with buyers, producers, distributors and broadcasters, favouring a choice of high quality products within the programming of both International and Italian broadcasters towards a younger target.

For its 19th edition the festival will take place from April 7th to the 9th, 2016 in the spectacular setting of Palazzo Labia in Venice, Italy.