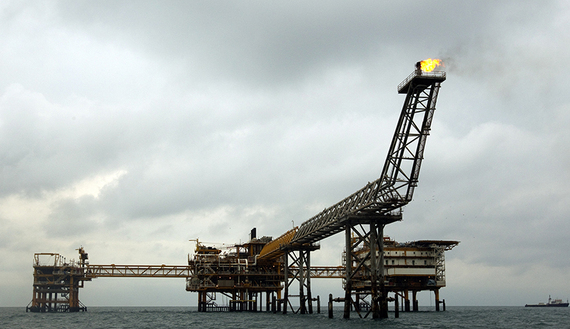 Iran, which possesses the second-largest natural gas reserves in the world, has recently announced its intention to dramatically increase its energy production. It is also positioning itself to increase its energy exports, a long-stated goal of its post-sanctions economic program.

In January 2016 it was announced by Iran’s Prime Minister Hassan Rouhani that the South Pars natural gas field, Iran’s portion of the enormous Persian Gulf field it shares with Qatar, will be fully developed and in operation by March 2018. The 24-phase project has just surpassed stage 15 and 16, which together will add 50 million cubic meters per day (MMcm/d) of gas and 80,000 barrels per day of condensate. Last year production from South Pars in total increased by 15 percent to 130 billion cubic meters (bcm). Production from the field could add as much as $4.5 billion in revenue for the Iranian government, which has indicated that getting South Pars fully on-line is a top priority.

The Iranian portion of the South Pars field is roughly 3,700 square and represents the largest accessible source for new gas production. Much of this gas is intended for export in liquid form: Iran has made no secret of its hope to rival Qatar as a major LNG exporter. In late 2015 it announced plans to build five LNG export plans in the next three years. But as the U.S. and Australia have recently discovered, LNG is currently a questionable investment. The market remains soft, energy prices are low while new supply comes on line. That is likely to change in the near future, but investment in LNG is hugely expensive and Iran already faces substantial challenges: upgrading its existing oil and gas infrastructure is expected to cost $200 billion.

Experts have scoffed at Iranian claims to increase production. Recent Iranian plans to begin exporting LNG to Europe and Asia within two years’ time have been met with skepticism. Iran itself has no LNG export capacity. But its neighbor and energy partner, the Sultanate of Oman, has LNG capacity to spare: around 1.5 million tonnes, out of a total capacity of 10.4 million tonnes per year. Plans set down to construct a pipeline from Iran to Oman in 2014 have been ongoing, with a lasting agreement reached last December.

In late March, Oman’s minister of oil and gas announced talks were in still in progress to hammer out remaining details. The 400km pipeline will stretch from Hormuzegan province in Iran to Sohar in Oman and carry gas both for Omani domestic consumption and export. Iran is bound by its 2014 agreement to supply Oman with natural gas, a 25-year deal valued at $60 billion. The pipeline once completed will carry 1 billion cubic feet per day, a deal which Iran’s oil minister Bijan Zanganeh has valued at $1.5-$2 billion. Oman has agreed to liquefy 1.5 million tonnes of Iranian gas for export. The pipeline is to be constructed by Korea Gas Corporation (KOGAS). Reports indicate that KOGAS may sign a memo of understanding with Iran and Oman before June 2016 for a project valued at $1.5 billion.

The scheme would allow Iran to increase its natural gas production and enter into the LNG market before completing its own LNG trains. It also serves Tehran’s long-term goal of expanding its influence in the Persian Gulf. Ties between the two countries will likely grow stronger, with one Iranian official predicting bilateral trade to reach $4 billion in five years.

The current market turmoil has created a once in a generation opportunity for savvy energy investors.
Whilst the mainstream media prints scare stories of oil prices falling through the floor smart investors are setting up their next winning oil plays.
Meanwhile, the long-contemplated pipeline from Iran’s southern oil fields to Pakistan is moving closer to becoming reality. Originally planned in the 1990s and occasionally referred to as “the peace pipeline,” this project has gone through multiple rounds of negotiation, with both sides hesitant to commit to the costs of building the nearly-2000 km. long pipeline.

Since 2010, Pakistan has been under significant pressure from both the U.S. and Saudi Arabia not to carry out the project. The pipeline agreement was ratified by Pakistan in 2013, and there has been considerable speculation on whether the project will act as Pakistan’s energy lifeline. Pakistan suffers from regular energy black-outs and is in desperate need of greater energy imports. It also seeks a revival in its trade with Iran, which fell from $1.32 billion in 2009 to $432 in 2011. If and when it is completed, the pipeline will provide about 3,000 MW of electricity.At the moment Pakistan receives only about 75 MW of power from Iran.

When sanctions on Iran fell in January 2016, progress on the project was set to continue. In late March, Rouhani visited Pakistan and declared that Iran had finished its portion of the massive pipeline, calling on Pakistan to complete its share. Pakistan and Iran have signed an agreement to increase bilateral trade to $5 billion by 2021. While Pakistan desires Iranian energy, it hopes to export textiles and agricultural products. Work on the Pakistani side of the pipeline was held up over concerns regarding sanctions against Iran, but since early March work in Pakistan has begun again in earnest. India, which dropped out of the pipeline plan in 2009 over cost and security concerns, is also in talks with Iran:plans are forming to build a $4.5 billion undersea pipeline.

Like the pipeline agreement with Oman, the completion of the long-awaited peace pipeline to Pakistan could mark an increase in Iran’s regional profile and indicate that it is delivering on its promises of increasing its energy production and reclaiming its former status as a major energy exporter.

This article was written by Gregory Brew for Oil Price on April 3,2016.