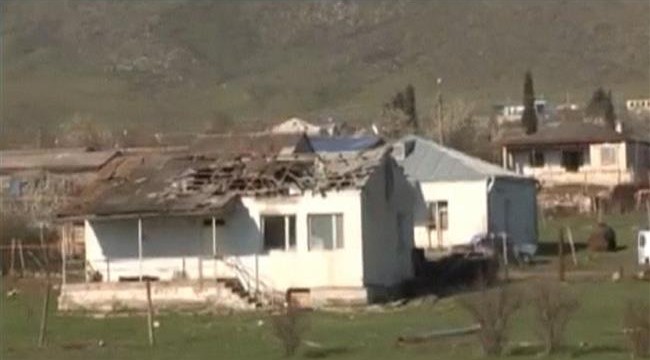 Azerbaijan has announced ‘unilateral’ ceasefire as a gesture of goodwill in Nagorno-Karabakh after major clashes between the Azeri military forces and Armenian troops along the disputed border region.

“Azerbaijan, showing good will, has decided to unilaterally cease hostilities”, Azerbaijan’s Defense Ministry said in a statement, warning, however, to strike back if its forces came under attack.

The statement added that Baku will “liberate all occupied territories” in case the Armenian forces “do not stop provocations.”

The Azerbaijan Republic’s Defense Ministry had announced in a Saturday statement that Armenian troops opened fire 127 times along the border over a 24-hour period using mortars and heavy artillery shells that struck civilian regions.

Earlier, Azerbaijan had announced that 12 of its troops had been killed with Armenia saying that 18 soldiers lost their lives in the violence which started overnight Friday.

Karabakh region, which is located in Azerbaijan Republic but populated by Armenians, has been under the control of local ethnic Armenian militia and the Armenian military troops since a war over the region ended between the two republics in 1994 through Russian mediation.

Years of negotiations under the Organization for Security and Cooperation in Europe have led to little progress in the resolution of the dispute.

The two sides are separated by a demilitarized buffer zone, but both blame each other for frequent violations.