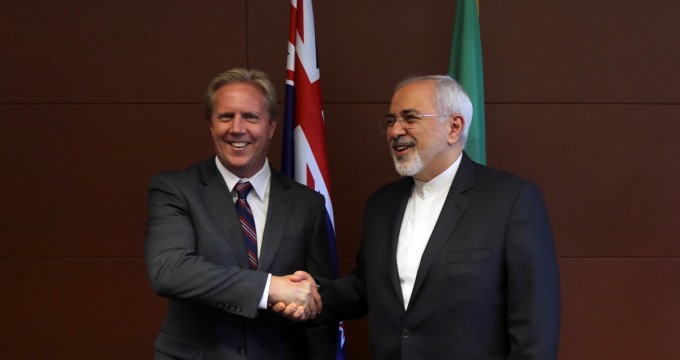 The official also urged the trade minister of New Zealand to make a visit to Tehran in near future.

Todd McClay, for his part, said the exact time of his visit to Iran will be set in near future; “mutual collaboration between the two countries can be reinvigorated in several areas,” he noted.

The Iranian FM touched upon the good relations between the two sides during the office of the Labor Party stressing “Iran would always pursue the policy of expanding ties with New Zealand.”

Andrew Little, for his part, emphasized the need to foster relations between Iran and New Zealand and asked Zarif certain questions on regional and international developments.