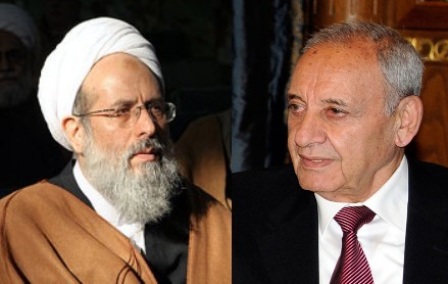 Iran’s Ambassador to Lebanon Mohammad Fathali was present in the meeting.

Rey-Shahri told reporters that the meeting was a valuable opportunity to consider developments in the region.

We believe in all efforts to strengthen and consolidate unity in the Muslim World, the ayatollah said.

He underlined that fulfillment of Islamic unity would bring dignity and honor for Islamic Ummah and prepare the ground for confrontation against Takfiri and extremist groups.

The ayatollah said that Iran under leadership of the Supreme Leader Ayatollah Seyed Ali Khamenei strongly supports all resistance groups, who are fighting against Takfiri, extremist and terrorist groups.