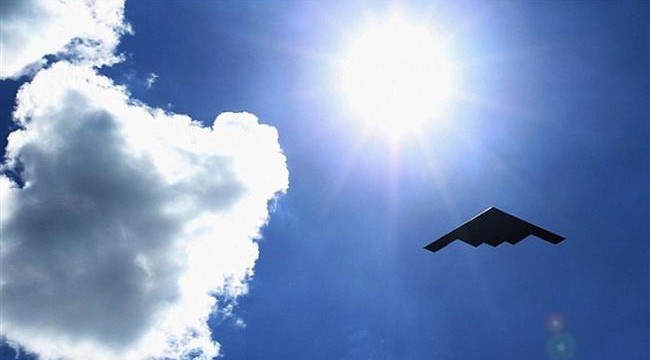 The US has dispatched three nuclear-capable B-2 stealth bombers to the Asia-Pacific region amid rising tensions with China over the South China Sea.

The US Strategic Command, which is tasked with overseeing the military’s nuclear arsenal, made the announcement on Wednesday, without referring to the bombers’ base or duration of operations.

“While in the Indo-Asia-Pacific, the B-2s will integrate and conduct training with ally and partner air forces, and conduct a radio communications check with a US air operations center,” it said.

The planes, based at the state of Missouri, are capable of utilizing both nuclear and conventional weaponry.

According to the Strategic Command, the B-2s will engage in training operations with the Australian military.

“This deployment will ensure bomber crews maintain a high state of readiness and crew proficiency, and will provide opportunities to integrate capabilities with key regional partners,” it added.

China alarmed by US military build-up

Earlier, a US Pacific Air Forces spokesman announced the commencement of negotiations with the Australian government over the stationing of long-range bombers in the country.

Lieutenant Colonel Damien Pickart said on Tuesday that the talks were underway for the possible deployments of B-1 bombers and an expansion of B-52 bomber missions, Reuters reported.

On Wednesday, China voiced concerns over the talks, stating that military cooperation “should not target the interests of third parties.”

“We are concerned at relevant reports. At the moment, the major regional trend and people’s desire is to seek peace and cooperation to push forward development,” said Chinese Foreign Ministry spokesman Hong Lei.

The United States sees closer military ties with Australia as part of the so-called pivot to Asia strategy, a widely advertised shift to Asia which the White House has pursued since 2011. The US has already stationed Marines in Australia’s north.

The US accuses China of militarizing the South China Sea after reports that China deployed an advanced surface-to-air missile battery to the Paracel Islands in the region last month.