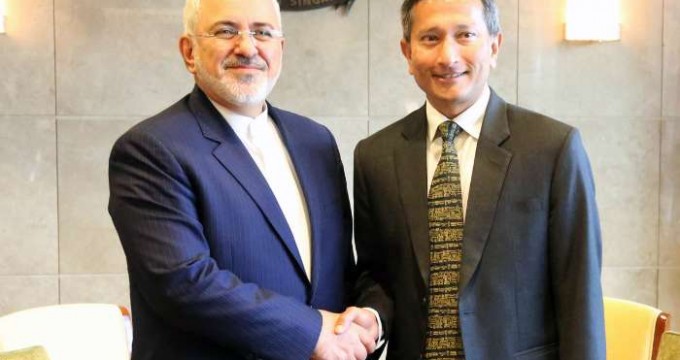 Singapore foreign minister for his part welcome signing joint venture documents between the two countries, adding that Singapore is raady for expansion of ties with Iran in all fields particularly in field of petrochemicals.

The two officials discussed bilateral ties and the latest regional and international developments.

He is in Singapore from Monday (Mar 7) to Wednesday, as part of his regional tour of Southeast Asia. Zarif’s visit is at the invitation of Singapore’s Foreign Affairs Minister Dr Vivian Balakrishnan.

Minister for Home Affairs and Minister for Law K Shanmugam will host him for lunch. Zarif will also deliver a lecture under the Middle East Institute’s Prominent Speaker Series.