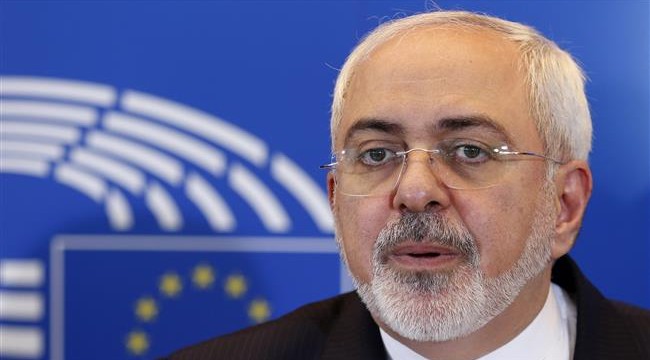 Zarif’s response to MEPs: Iran election did not come to a halt even during the war

Last Tuesday in Brussels, Mohammad Javad Zarif started his day attending the European Parliament’s foreign affairs committee and giving a lecture which can be called the most important one about Iran’s stance.

In response to the concerns of some members of the European Parliament (MEPs) about the human rights situation in Iran, including the high number of executions, the Iranian top diplomat, noting that no country can claim to be perfect in the field of human rights, called the MEPs to consider current realities of Iran, like the role of people’s vote in selecting Iran’s governments. He pointed to the fact that over the past few decades, every government has held elections that resulted in the victory of its rival.

Zarif said Mr. Khatami’s administration was elected in the election held by Mr. Hashemi Rafsanjani, Mr. Ahmadinejad’s government won the vote in the election organized by his predecessor and similarly Mr. Rouhani’s tenure is the result of the election carried out by his certain rival, Ahmadineajd, adding doesn’t it show how serious Iran’s young democracy is? Where in the region you can find a country where election was not interrupted even during the war? But Iran establishment even held elections during Iraq’s imposed war on its territory, he reiterated.

Iranians are going to the polls on Friday, 26 February, to vote in two crucial elections, parliament and Assembly of Experts elections.

Iran is determined to defend itself

Referring to the history of the imposed war and the full support of the West and regional countries of Saddam Hussein, Zaruf emphasized that Iran not only does not intend to invade any country, but it is also determined to defend its sovereignty and territorial integrity.

Noting UN Security Council Resolution 1929 which outlawed Iranian missile activity does not exist anymore, he said according to Resolution 2231, Iran has not been prohibited from promoting missile capability but it has only been called to stop its programs. Moreover, the country is just limited not to produce the missiles that designed to carry nuclear warheads. This is while Iran has not basically designed any missile to do so, so the country’s missile program does not conflict with the Security Council resolution.

Zarif traveled to Brussels early on Monday at the head of a political delegation to discuss key regional issues with European Union officials.