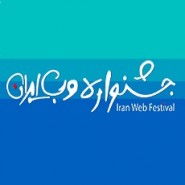 Tehran, February 23, The Iran Project – The 8th Iran Festival of Web and Mobile was closed on Monday with introducing the winners of web and mobile application sections’ competition.

Organized by the Consortium of Online Businesses and Iran’s Internet Business Association and with the help of private and public sectors of the country, the closing ceremony of 8th Iran Festival of Web and Mobile was held in Tehran.

This festival which hosted the competition of 73 groups in website section and 12 groups in mobile application and software was closed on Monday and the winners of each section were announced.

Earlier, addressing a press conference, Shayan Shalileh, the founder of Iran’s Web Festival had announced that nearly 15,000 website and 3,400 applications registered to participate in this event.

Iran Web Festival is the leading Iranian award honoring excellence on the Internet. Founded in 2009 (1387) by Shayan Shalileh, Iran’s web festival annually introduce the leading active websites in all fields. It later was integrated with Iran’s mobile festival in 2014 (1392) and since then Iran annually hold the Festival of Web and Mobile.