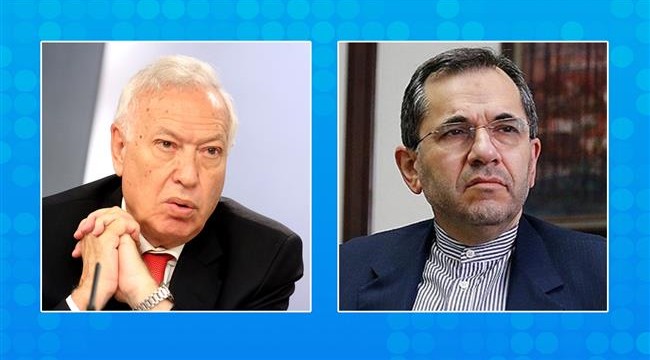 A senior Iranian official has warned against deterioration of humanitarian situation in Yemen in silence of international community, saying Saudi Arabia’s military aggression in Sana’a is a “glaring mistake.”

“The Yemen crisis has no solution but through political approach and intra-Yemeni talks,” Iran’s Deputy Foreign Minister for Europe and American Affairs Majid Takht-e Ravanchi said in a meeting with Spain’s Foreign Minister Jose Manuel Garcia-Margallo in Madrid Thursday night.

Nearly 8,300 people, among them over 2,230 children, have been killed and over 16,000 others injured since the onset of the air raids, which have taken a heavy toll on the impoverished country’s infrastructure.

Takht-e Ravanchi also touched on the Syria crisis, expressing hope that all regional and extra-regional players would contribute to the implementation of a ceasefire and facilitation of humanitarian aid delivery in the country in a bid to clear the ground for the start of political dialogue in the country.

He said efforts by certain governments to classify terrorists into “good and bad” categories would be a futile attempt designed to save their nurtured terrorists and would sabotage any political solution.

In the wake of undeniable atrocities committed by terrorists such as Daesh Takfiri militants and al-Qaeda-linked al-Nusra Front, Western countries led by the US and their regional allies have been continuing with their project to topple the Syrian government of President Basher al-Assad through the provision of support for what they describe as “moderate militants” in the Arab country.

Syria has been gripped by foreign-backed militancy since March 2011. According to a new report by the Syrian Center for Policy Research, the conflict has claimed the lives of over 470,000 people, injured 1.9 million others, and displaced nearly half of the country’s pre-war population of about 23 million within or beyond its borders.

The Spanish foreign minister, for his part, expressed hope that terrorism would be eradicated and peace would be restored to Syria in cooperation with regional countries.

He also expressed concern over worsening humanitarian situation in Yemen and said Madrid did its utmost through European and international channels to promote a political approach to the crisis in Sana’a.