A look at Iranian newspaper front pages on Feb 18

IFP has taken a look at the front pages of Iran newspapers on Thursday and picked headlines from 18 of them. IFP has simply translated the headlines and does not vouch for their accuracy.

The downward trend of global crude oil prices has brought them down at least 75% over the past 18 months, putting so much pressure on producers whose economies are deeply dependent on crude oil revenues. To tackle the price slump, major producers including Saudi Arabia, Russia and Iran has decided to take measures to prevent further fall in prices. In the latest move, Tehran and Riyadh hosted meetings of oil and energy officials from major crude oil suppliers to the world market. The Tehran meeting was attended by Iranian Minister of Petroleum Bijan Zangeneh who hosted oil ministers from Venezuela, Qatar and Iraq. The meeting ended with an understanding to freeze crude exports at January levels. Many Iranian papers highlighted the Tehran meeting on their front pages.

In another development, the Supreme Leader of the Islamic Revolution addressing large number of people from East Azerbaijan Province, called for maximum turnout in late February elections. The leader stressed that a parliament fearful of America would lead the nation to misery.

Here are the top headlines: 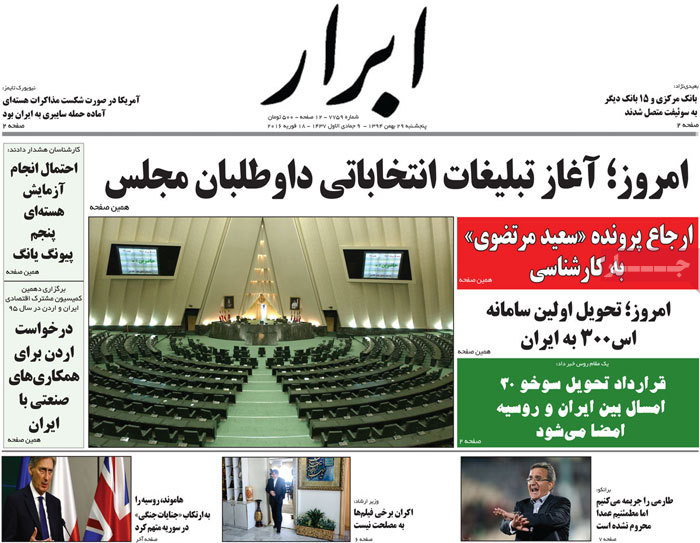 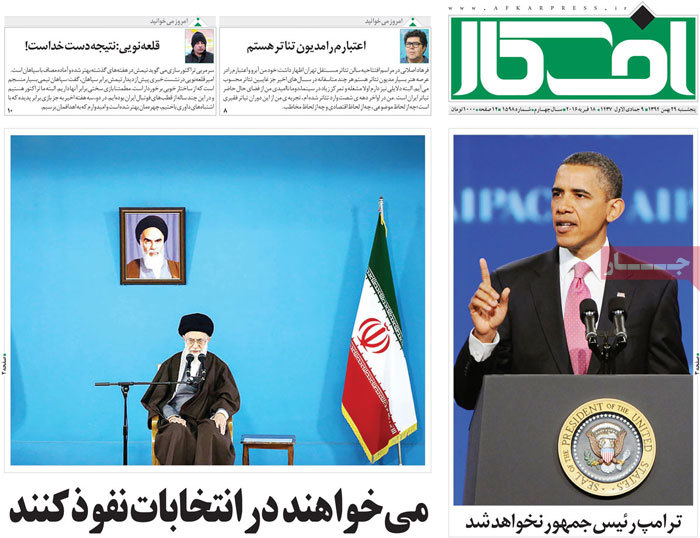 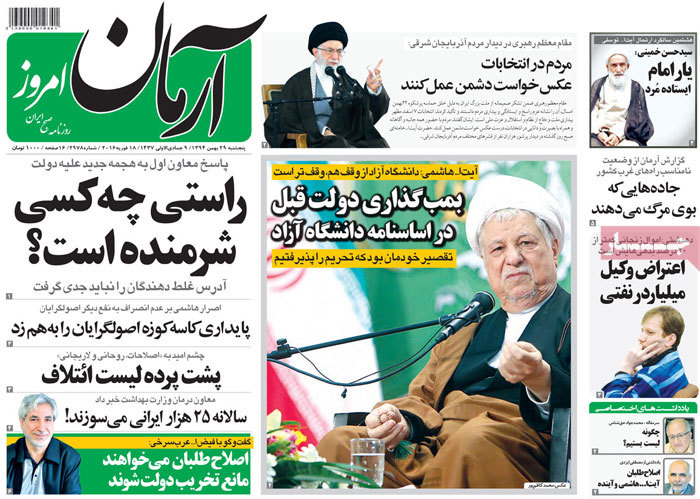 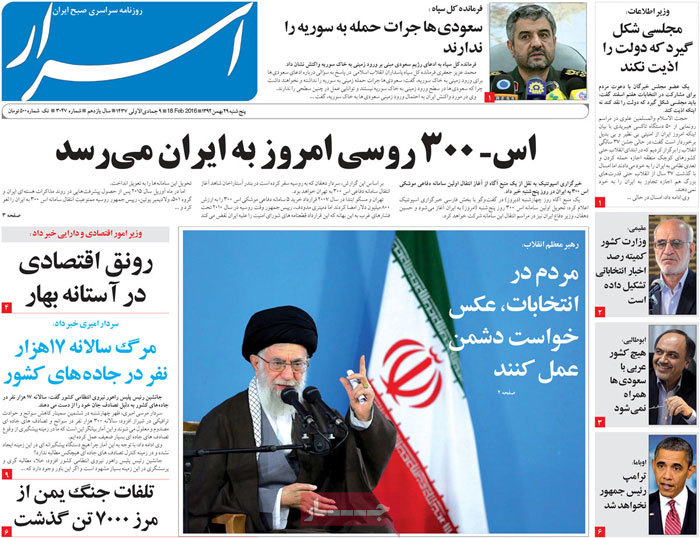 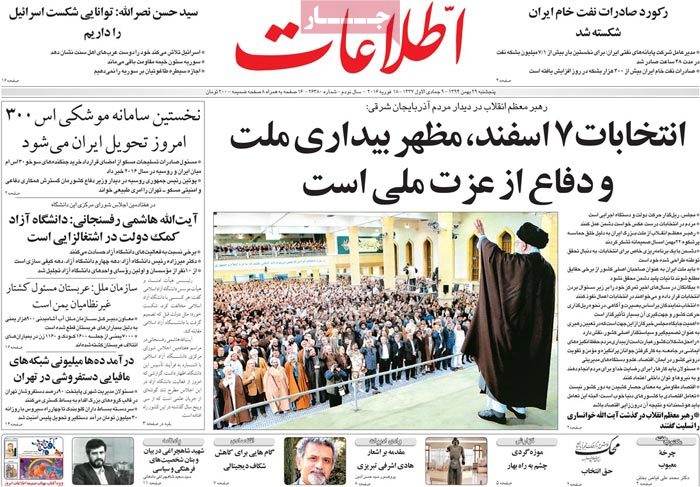 Iran hosted a 4-way meeting of oil and energy ministers from Iraq, Venezuela, Iran and Qatar to discuss ways to stop the downward trend in oil prices. 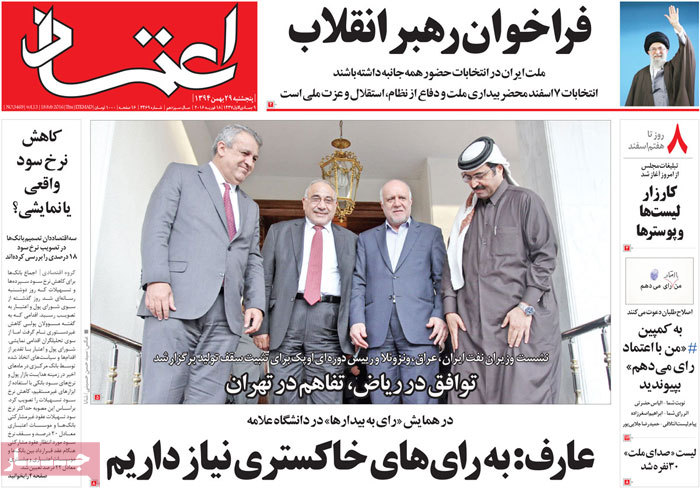 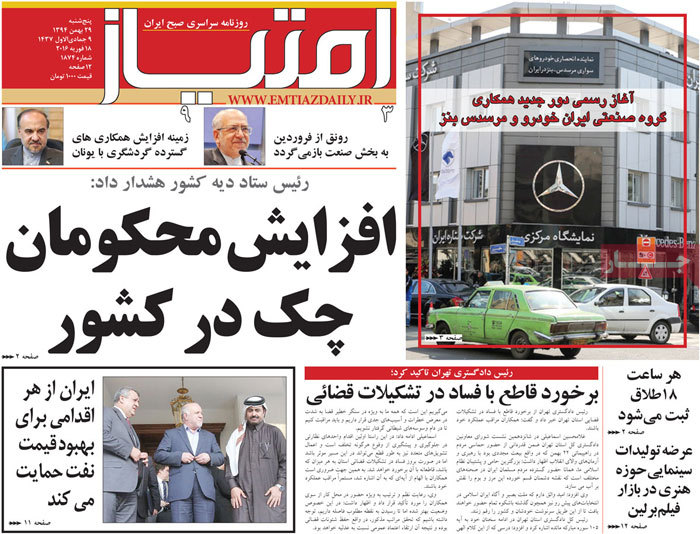 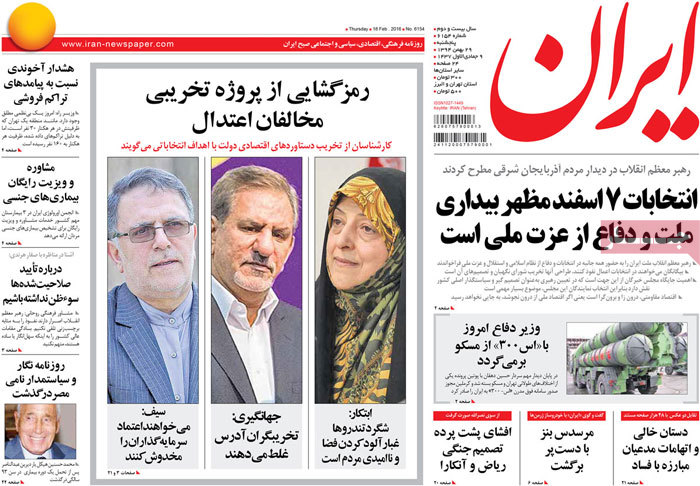 Head of the General Inspection Office of Iran Nasser Seraj says there are serious flaws in the newly-introduced oil contact model, known as Iran petroleum contract or IPC. 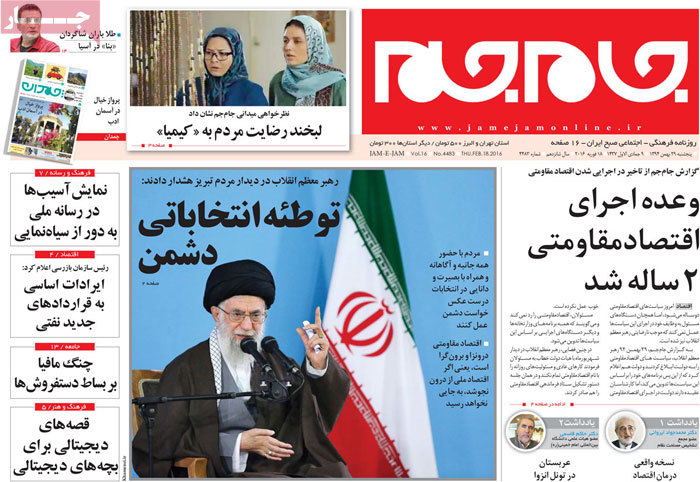 Not even one economist in the list of reformist hopefuls 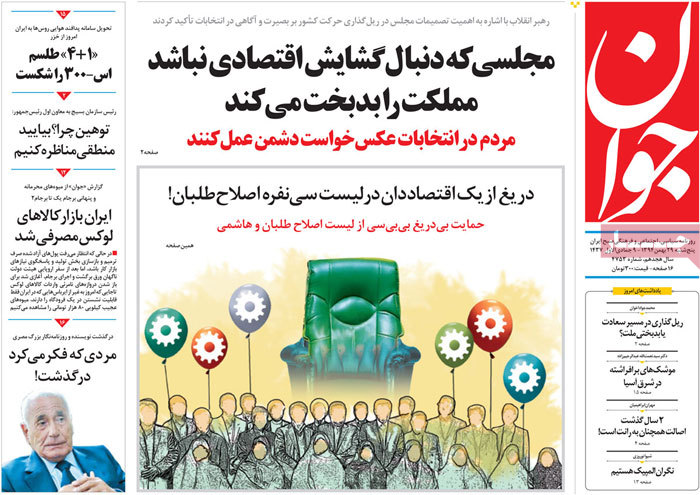 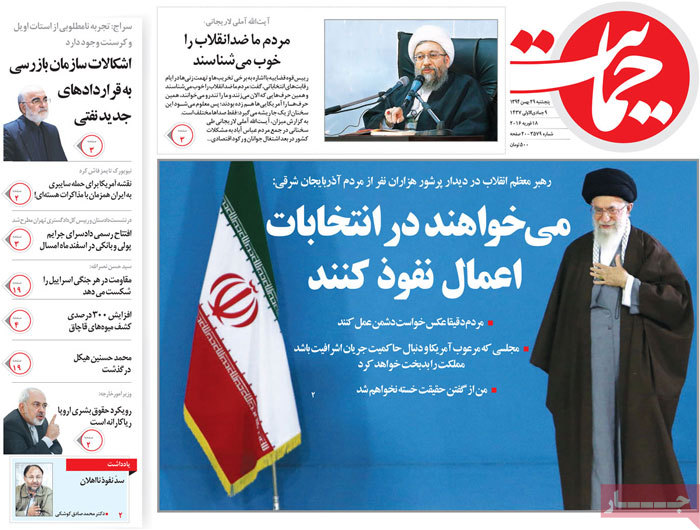 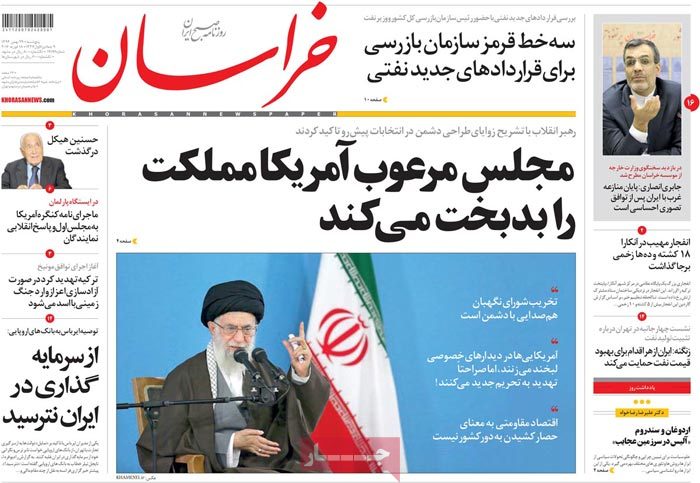 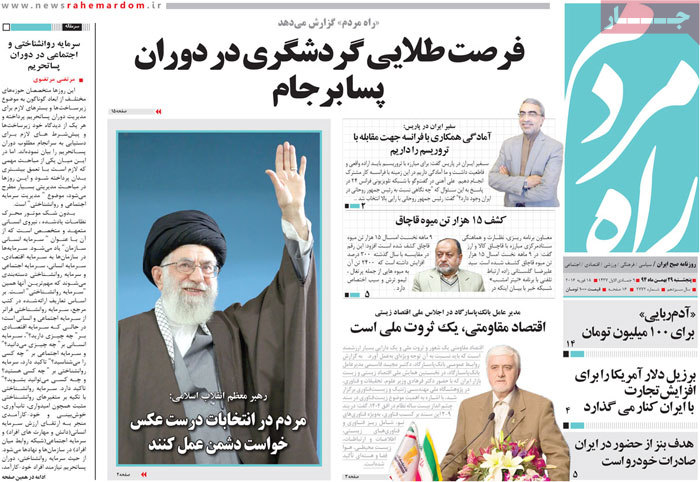 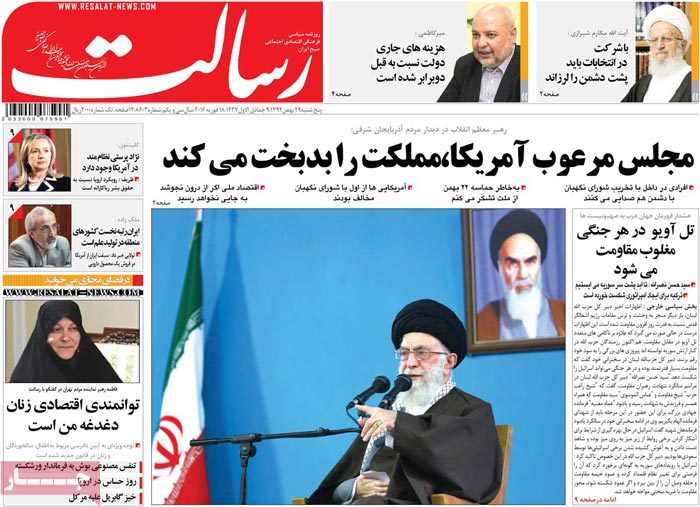 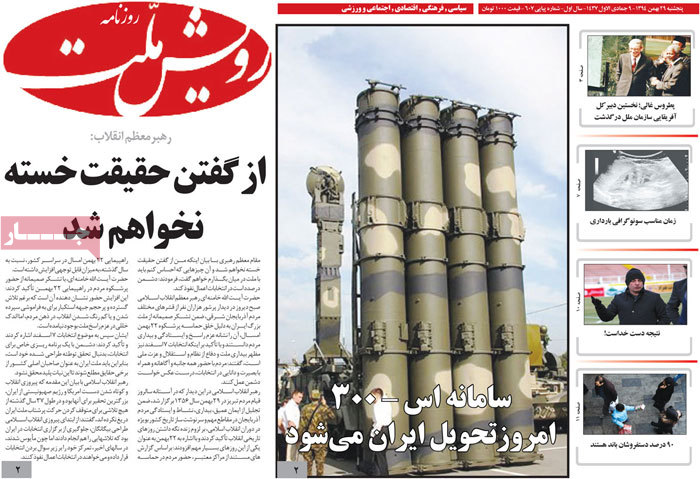 The water surface of Lake Urmia in the extreme north western Iran has risen 51 centimeters as hopes are growing for reviving the lake. 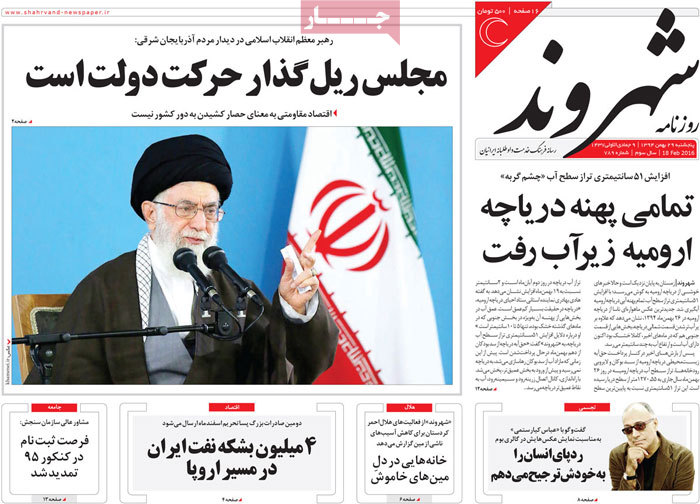 Iran has lowered interest rates of bank loans by at least 2%. 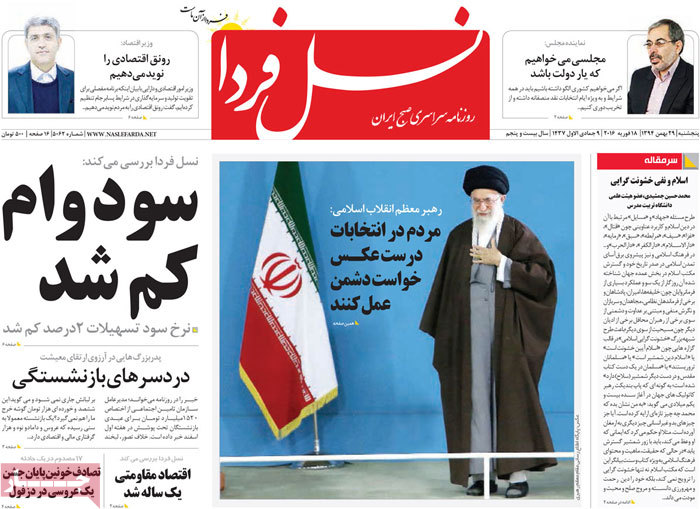 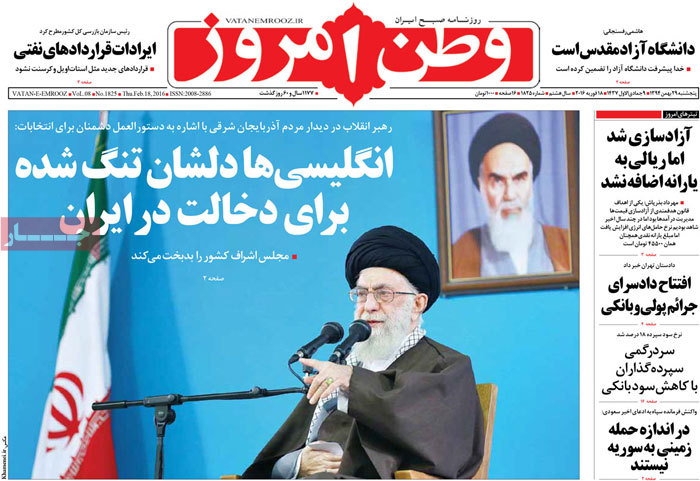