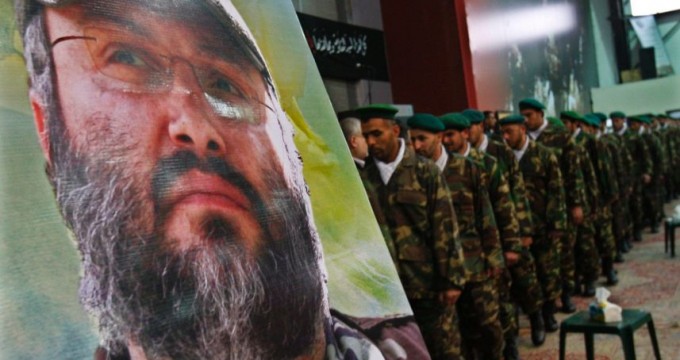 Tehran, February 16, The Iran Project – Eight years have passed since Imad Mughniyeh, a throne in the Western intelligence agencies’ eyes, was assassinated in a highly complicated spy operation in Damascus in 2008.The whole life of Hezbollah’s security and military mastermind has been spent either chasing or escaping his enemies’ intelligence agencies which ultimately ended up in martyrdom after 30 years.

As a fearless genius, the Lebanese commander was the one who could evade capture by the most notorious world agencies in several different occasions. This was why he was nicknamed as “the Fox” and “the One Who Never Sleeps”, due to his supernatural ability to slip through the fingers of Mossad, CIA and many other spy agencies in the world.

Born in a family of poor farmers in 1962 in the village Tayr Dibba near the city of Tyre, Imad Fayez Mughniyeh’s life pushed him to be the most horrifying foe of Mossad and CIA. He was topped the world’s “most wanted” FBI and CIA lists far before Osama bin Laden, who was seen as an immature in compared to the top commander.

“There was always a nagging amateurishness about bin Laden.… Bin Laden cowered and hid. Mughniyeh spent his life giving us the finger,” said Milton Bearden, the retired CIA officer as quoted by the Foreign Policy.

By most accounts, he had an uncanny ability in the security issues, and as described by a retired CIA agent, Robert Baer, he never exited a door he had entered and never was predictable.

He came to be widely known after the architecting one of the most successful asymmetrical warfare and one of the largest non-nuclear explosions in the world.

During the April 1983, the explosion of a van packed with about 910 kg of explosives in front of the US embassy, killed at least 63 people including Robert Ames (the CIA’s top Middle East analyst and Near East director).

The attack also followed by two other parallel bombings in Beirut later in October in the separate buildings of United States and France military forces which killed at least 241 US forces and 58 French soldiers. The blasts, as a “turning point in the history of asymmetrical warfare,” paved the way for withdrawal of US troops from Lebanon in 1984.

After the bloody developments, Mossad and CIA launched intelligence operations, albeit fruitless, to hunt Mughnyieh also known as Haj Redwan. The doubts about his identity were further raised as no footage or image of Hezbollah senior official was leaked after the Israeli troop withdrawal from Lebanon in 2000.

For 15 years his identity and situation was unknown even for many of his fellows within the ranks of Hezbollah Islamic movement.

This was following the Hezbollah-Israeli war in 2006, where he took the key responsibility in architecting the war strategies against Israeli aggression, that Israeli and American agencies intensified efforts to hunt him.

As soon as the 2006 war ended, Hezbollah launched its largest operation to restore its military organization and reconsolidate the level of its military readiness and capabilities to encounter any potential aggression.

Moreover, as the head of its Jihad Council, Haj Redwan was also put in charge to implement the decision made by the high-ranking officials of Iran, Syria and Lebanon to reinforce and nurture the resistance front in Lebanon and to develop the logistic support in Palestine and particularly in Gaza Strip.

Due to his efforts to operationalize the proposal, Damascus viewed as a safe haven for coordinating among resistance groups. This was why he kept traveling to and from the city, where he was ultimately martyred.

His life finally ended in the night of February 12, when he got near his Mitsubishi Pajero in the Kfar Sousa neighborhood in Damascus and targeted and killed by a highly-sophisticated American-Israeli intelligence operation.

His death revealed part of his life and legend, turning out that he fittingly deserves “a security mastermind” title.