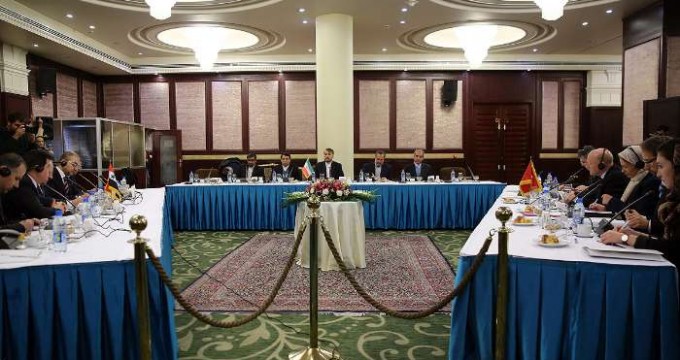 TEHRAN (Tasnim) – A Canadian analyst says coordinated moves by NATO member nations are well underway to use the UN-backed Syria truce to delay the battle for Aleppo and create a cover for putting Arab League troops on the ground to forge the way for substantial NATO involvement in the conflict.

“The so-called Ceasefire Agreement clearly is at best wishful thinking and seems to be an attempt to stall the Battle for Aleppo and provide cover for NATO to take over from behind the scenes as boots from the ridiculous coalition manufactured by the Saudis are sacrificially dropped in on the ground,” Barry Grossman, who is also an international lawyer, wrote in an article for the Tasnim News Agency after world leaders agreed on Friday to implement a “cessation of hostilities” in Syria.

Following is the full text of his article:

The full press is on to drive the Syrian Army, Russia, Iran and Hezbollah out of the fight against ISIL (also known as Daesh) and replace them with the contrived NATO backed, Saudi-led “Islamic Coalition against terrorism” which, bizarrely, has been widely marketed as being necessary to “prevent Russia and Iran from monopolizing the regional fight against extremism,” whatever that means.

Towards that end, in a joint press conference alongside Russian Foreign Minister Sergey Lavrov and UN Special Envoy for Syria Staffan de Mistura, US Secretary of State John Kerry has announced what is being peddled as  agreement  “. . . to implement a nationwide cessation of hostilities (in Syria) to begin in . . . one week’s time.”

Meanwhile, a spokesman for Saudi Arabia’s Defense Ministry reputedly announced during a press conference at NATO HQ in Brussels that the Saudi-led “Islamic Coalition” and NATO have jointly agreed to invade Syria ostensibly to fight ISIL by the end of March and that the decision is “irreversible,” to which Russian PM Medvedev reputedly responded that such a foreign offensive in Syria could spark a “World War.”

Shoring up US commitment to this “bait and switch,” US Secretary of Defense Ashton Carter said yesterday that defense ministers from more than two dozen countries gave a “broad endorsement” of a refined US plan for defeating the ISIL. After a meeting at NATO headquarters, Carter told reporters that nearly all participants either promised new military commitments or said their governments would consider new contributions. He predicted “tangible gains” in Iraq and Syria by March.

“We will all look back after victory and remember who participated in the fight,” he said, appealing to coalition partners to expand and deepen their military contributions.

NATO Secretary-General Jens Stoltenberg said the alliance agreed Thursday to deploy NATO airborne command and control aircraft in order to free up similar US aircraft for the air campaign in Syria and Iraq.

The so-called Ceasefire Agreement clearly is at best wishful thinking and seems to be an attempt to stall the battle for Aleppo and provide cover for NATO to take over from behind the scenes as boots from the ridiculous coalition manufactured by the Saudis are sacrificially dropped in on the ground.