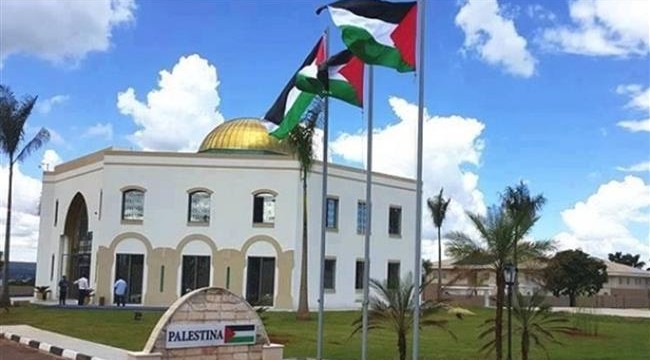 The Palestinian Authority has inaugurated its first diplomatic mission in the Western Hemisphere in Brazil as diplomatic tensions escalate between Israel and the South American state.

Palestinian Ambassador Ibrahim Alzeben led the opening ceremony in the Brazilian capital city of Brasilia. The event was attended by Brazilian government officials, representatives of Arab countries and members of the local Arab community.

“This is the conclusion of a dream of mine that was also a dream of colleagues that came before me in this mission in the last four decades,” Alzeben said.

He further expressed hope that the development will be “the beginning of a new phase in relations between Brazil and Palestine, that they can be closer and more diversified.”

The Palestinian embassy was built on a 1,580-square meter piece of land donated by former Brazilian President Luiz Inacio Lula da Silva. The mission is situated close to major Brazilian government buildings, including the presidential palace, the Congress and the Supreme Court.

The Palestinian diplomat hoped a Brazilian embassy will be opened in al-Quds (Jerusalem) and Palestine will secure a free-trade agreement with countries of Mercosur, the South American trade bloc.

Ties between Brazil and Israel soured after Brasilia recalled its ambassador to Tel Aviv in July 2014 to express its outrage at the 50-day Israeli war on the Gaza Strip.

More than 2,200 Palestinians were killed and over 11,100 others were injured in the offensive.

Last December, Brazil rejected Dani Dayan as the new Israeli ambassador to Brasilia over his profile as a settler leader in the occupied West Bank where Israel has built hundreds of thousands of buildings on occupied Palestinian lands.

In 2010, Brazil recognized Palestine as a sovereign state within the 1967 borders.

The Palestinians are seeking to create an independent state on the territories of the West Bank, East al-Quds and the Gaza Strip, with East al-Quds as the capital. They are also demanding that Israel withdraw from the Palestinian lands occupied in a 1967 war.

Palestine’s flag was hoisted for the first time at the United Nations headquarters in New York last September.