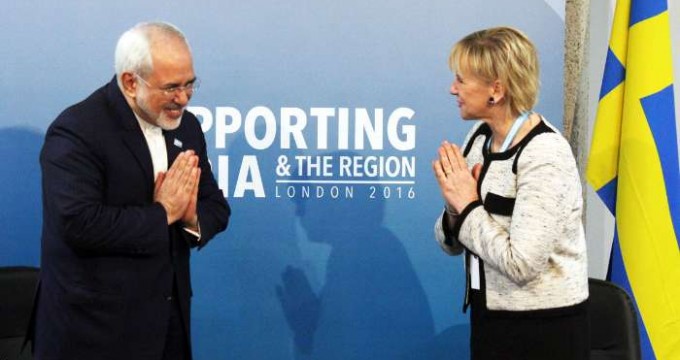 The meeting was held on the sidelines of the international conference on helping the Syrian nation that is to be held in London later in the day with participation of leaders and senior officials from 70 world countries.

Zarif and Wallstrom held talks on the regional and bilateral issues.

After nearly five years of deadly conflict in Syria, the Regional Refugee and Resilience Plan (3RP) seeks to aid an estimated 4.7 million refugees in neighboring countries by the end of 2016, as well as four million people in the communities hosting them.

Equally important is the appeal for continued support for the 13.5 million displaced and conflict-affected people inside Syria itself.