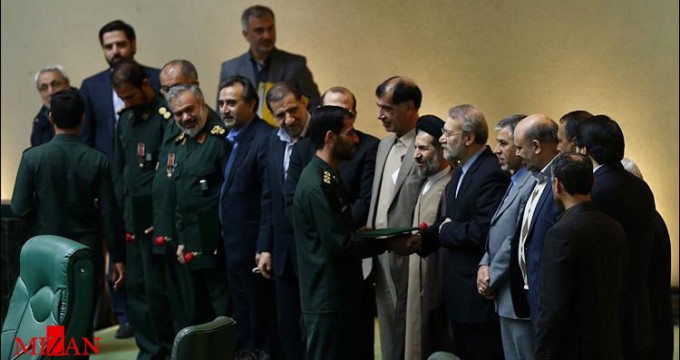 Navy commander sees hand of God in US sailors capture

Speaking in the Majlis (parliament) public session, he said that it was the fourth time that IRGC Navy seized US and UK boats which illegally entered Iranian territories.

IRGC naval forces are ready to make any sacrifice in defense of Iran’s territory, the commander added.

Referring to the recent tensions between Iran and Saudi Arabia, the commander said US is behind many anti-Iranian plots in the region and the world.

In reaction to certain remarks by US officials against IRGC navy capture of US sailors, Fadavi said that if Washington continues hostile behavior, Iran may release several other films about the way US sailors were arrested and the content of their laptops and mobiles.

Parliament (Majlis) presiding board praised Navy commanders of the IRGC for seizing US sailors on Monday.

Iran freed the ten US sailors on Jan. 13, a day after detaining them aboard the two US Navy patrol boats in the Persian Gulf. The IRGC said it concluded that the patrol boats had entered Iranian territorial waters by mistake.