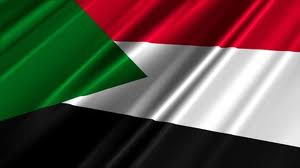 Alwaght- Sudan, since the rise of the Islamic Salvation Front to power in 1989, has established very strong ties with Iran and the resistant Palestinian groups and hosted such movements as Hamas and Islamic Jihad on its soil. Due to its Islamic and honorable stances, Sudan has undergone a great deal of difficulties. Despite the economic problems and domestic crises the nation has been suffering from, the country’s support for Palestine is considered to be the main drive for the Sudanese to back the government of President Omar al-Bashir.

However, since almost two years ago, Sudan’s foreign policy has seen some changes. With regard to the 25-year long al-Bashir’s backing for the Axis of Resistance and being beside Iran, the Sudanese policy shift has proved so surprising, even for many in the Arab world. The approach change has begun with change of attitude towards the Islamic Republic of Iran when Sudan expelled the Iranian cultural attaché from Khartoum the capital. In the beginning, the Sudanese move was interpreted as tactical, but Khartoum’s j o i ning the Saudi-led Arab coalition against Yemen and then severing diplomatic ties with Tehran in solidarity with Riyadh and as a protest to attack on the Saudi embassy in the Iranian capital, have shown that the change in the country’s policy has not only been tactical but is has indicated a serious shift in al-Bashir’s attitude towards the regional issues.

It seems that Sudan has made a dangerous decision to give its foreign policy a shake-up. The transformation of Sudanese policy has reached its climax when the country has declared that it was ready to open diplomatic ties with the Israeli regime. When the news is published by the country’s official news agency, it means that the government would set on its agenda normalization of relations with Tel Aviv and it is making preparations for the rapprochement gradually. Sudan’s fresh diplomatic efforts are coming as part of drastic changes in the positions of Sudan’s government and certainly those of the Omar al-Bashir.

To talk about the main reasons behind the policy shift, it seems that Sudan’s internal developments as well as the domestic crises and problems have been decisive in shaping the foreign policy reconsideration. In fact, the internal crises the country has suffered due to deteriorated economic, security and political conditions have severely increased the Sudanese government’s vulnerability. Aiming at meeting some needs and distancing the threats they are facing, Sudan’s leaders have been forced to change their approaches in order to receive financial and economic aids to deal with the internal troubles. Sudan’s vulnerability has appeared when its southern part has separated and thus Sudan has lost nearly 75 percent of its oil revenues, an issue causing an economic crisis and leading to people’s discontent. Thereby, Khartoum’s reposing its hope in receiving financial support for curbing the economic crisis is one of motives triggering the Sudanese change of behavior.

On the other hand, internal problems, which have resulted in political and security threats against the government, are seen to be influential in the country’s policy amendment. The internal factors include the increased sectarian and security tensions in such regions as Kordofan and Blue Nile. Furthermore, insecurity in the border areas, like southern borders, is another problem Sudan’s government is facing and along with other factors is putting pressures on the country’s administration.

Therefore, such challenges have led to the Sudanese leaders’ recent decisions to change their foreign policy visions with the aim of receiving aids and removing the threats. Khartoum’s deployment of military forces to Yemen and announcing the intension to normalize ties with the Israeli regime must be interpreted as attempts made with the aim of receiving financial supports from Saudi Arabia and the US to curb the economic problems.

Khartoum is now hopeful that it could settle its political and economic troubles by improving the diplomatic relations with Washington. It is secretly, and openly, negotiating with the US government to resume ties and to receive relief of US sanctions against Sudan. It seems that one of Washington’s conditions to lift sanctions is Sudan’s normalization of diplomatic ties with the Israeli regime.

But it seems that Omar al-Bashir’s struggle to stay in power would not yield any results, because Saudi Arabia and the US, in a coordinated division of work, have begun a fresh policy against Sudan the results of which to be observed by al-Bashir in the couple of years to come. The US as a superpower along with the Israeli regime has tried to bring Sudan under pressure internationally since a long time and actually counter Khartoum using the old carrot-and-stick policy. The US has put Sudan under pressure through triggering split of the country and consequently weakening the country economically. In addition, the Hague-based International Court of Justice (ICJ) has issued arrest request against President Omar al-Bashir as part of “stick approach” against Sudan. Saudi Arabia, Washington’s regional ally, has offered financial aids to Sudan in order to attract Khartoum to its side and distance it from Iran.

Accordingly, to get rid of the risks, Sudan is looking for reliance other than Saudi Arabia in the future, but it is unaware that the West would not forget al-Bashir’s presence in Sudan and his support for Palestine. As the case was with the toppled Libyan leader Muammar Gaddafi who changed attitude towards the US since 2003 and moved close to the West, however, when the opportunity was ripened due to the Libyan uprising, the West not only has not supported the him but also it has removed Gaddafi, the unreliable partner. Therefore, al-Bashir’s U-turn towards the West and Saudi Arabia would only for a short time help Sudan’s president to stay in power, and they would seize the suitable opportunity to eliminate him from power, because the West seizes any chance to do away with unreliable partners, an experience Omar al-Bashir has before his eyes, however, he would not take lessons.