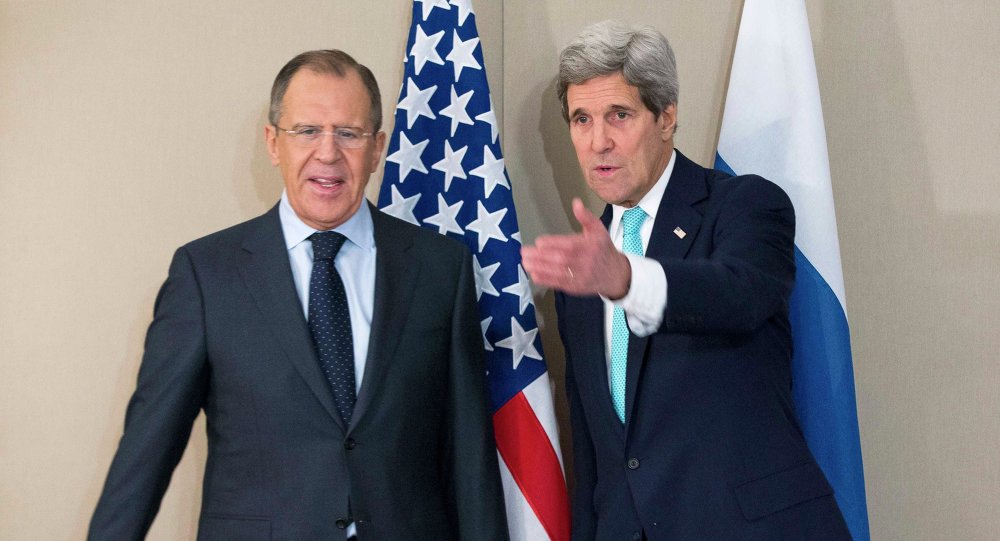 WASHINGTON (AP) — Secretary of State John Kerry is hoping to move aside obstacles that threaten to delay the start of peace talks to end Syria’s war, seeking compromise with Russia’s foreign minister on which Syrian opposition groups should be eligible to participate.

Kerry left Tuesday for Switzerland to meet with Russian Foreign Minister Sergey Lavrov in Zurich. After attending the World Economic Forum in Davos, Kerry will head to Riyadh to discuss the same issue with top Saudi officials. Last weekend he was in Austria sealing the implementation of a landmark nuclear deal with Iran.

Russia and Iran, which back Syrian President Bashar Assad, have severe differences with Saudi Arabia, other Arab states, the United States and Europe over which opposition groups should be considered terrorists and not allowed to be part of an 18-month political transition process that the U.N. has endorsed. One dispute is over the groups Ahrar-as-Sham and Jaish al-Islam, which Russia and Syria consider “terrorists” but Saudi Arabia, the United States and others view as legitimate opposition groups.

The dispute is threatening to delay the planned Jan. 25 start of U.N.-meditated peace talks.

“We’re not unmindful of the fact that there still remains differences of opinion, and that this is a complicated process and that there is still quite a bit of work that needs to be done to get the meeting to occur,” State Department spokesman John Kirby said Tuesday. “But it’s our hope that this can continue to move forward, and that we can have this meeting on the 25th.”

On Monday, U.N. chief Ban Ki-moon urged countries supporting opposing sides in the Syrian conflict to redouble efforts to reach agreement on the list of eligible opposition groups. Ban’s appeal came as the U.N. special envoy for Syria, Staffan de Mistura, briefed the Security Council on his efforts to get the talks started and the leaders of Russia and Qatar met in Moscow to try to narrow their differences.

U.N. officials say they remain focused on starting the talks on Jan. 25 as planned, but they say they can’t send out invitations until the key countries agree on an opposition list and have hinted at a possible delay.

In Washington, U.S. officials echoed those sentiments on Tuesday. One official said the talks had not yet been delayed, but that it was possible they could slip by a week or more.

In Moscow, meanwhile, a top Russian diplomat said he hoped the Lavrov-Kerry meeting on Wednesday would produce an agreement on the list.

The conflict in Syria, which began nearly five years ago with protests against Assad, has morphed into an all-out war that has killed more than 250,000 people. The push for negotiations to end the conflict has accelerated with an estimated 4 million Syrians fleeing the country, overwhelming its neighbors and heading to Europe – and the plight of some 400,000 people trapped in besieged areas where an unknown number have starved to death.

Hopes for a quick end to the conflict are dim, however, with Assad’s forces scoring a series of battlefield gains which could make the government less inclined to negotiate a compromise. The issue of Assad’s future also remains a serious stumbling block.