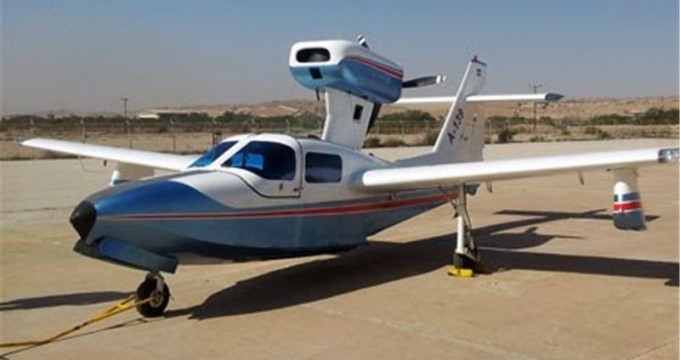 TEHRAN (Tasnim) – Iran’s first domestically-made amphibious aircraft was put on display at a ceremony on Tuesday with Vice-President for Science and Technology Affairs Sorena Sattari in attendance.

Speaking in the ceremony, Sattari praised the achievement, saying that with the manufacture of the modern six-seat amphibious aircraft, Iran has joined the small group of countries, such as the US, Russia, Germany and China, which possess the technology to design and manufacture such aircraft.

He further emphasized that Iran, with thousands of kilometers of territorial waters, needs this kind of aircraft to carry out various security operations, like border and offshore patrols and aerial surveillance.

The commander further emphasized that the mass production of the IRGC’s amphibious aircraft, which has been indigenized, will begin soon.

He also reiterated the IRGC Navy’s eye-catching progress in recent years and the country’s military might, saying any country that might be thinking of military aggression against Iran is either looking for a way to commit suicide or suffering from madness.

In recent years, Iran has made great achievements in enhancing its defense capabilities.

Tehran has always assured other nations, though, that its military might poses no threat to the regional countries, saying that the Islamic Republic’s defense doctrine is entirely based on deterrence.