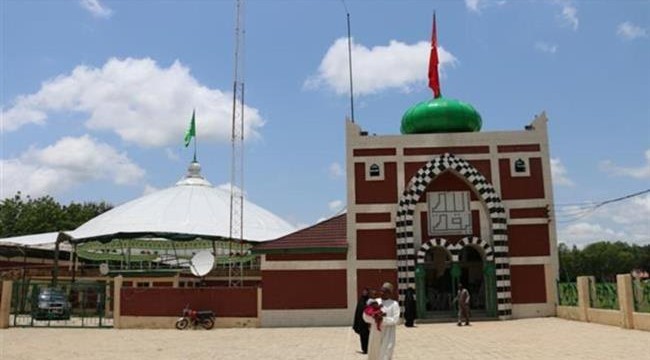 The pictures show smashed gravestones at the burial site and the graves disinterred, consistent with reports that the army deliberately destroyed them in its recent attack on the Islamic Movement, IHRC said in a press release.

‘The evidence is now very clear that graves have been destroyed and desecrated which raises question marks over the army’s claims that it was acting in self-defence. This is a deliberate act of destruction aimed at punishing the Islamic Movement by smashing up the graves of its members. This level of barbarism is expected of extreme terrorist groups like Daesh, not the armed forces of a supposedly democratic country,’ the NGO’s chairman Masoud Shadjareh said.

Photographic evidence suggests that the sheikh has been tortured. There are also fears that the pair, along with other supporters of the movement who are also being held without charge, are being denied urgent medical treatment.

During the unprovoked army assault, the leaders and institutions of the Islamic Movement were targeted. Sheikh Zakzaky’s personal residence in Zaria was destroyed, as was the Hussainiyyah Baqiyatullah which served as the movement’s centre. The army also destroyed the home housing the tomb of Sheikh Zakzaky’s mother.

Following the attack on the Islamic Movement IHRC said it received photographs and testimonies of mass graves where the army is reported to have buried fatalities from the killing spree in Zaria. The Islamic Movement has also accused soldiers involved in last month’s bloody attack of raping women and burning the corpses of those it had killed.
IHRC called on the Nigerian government to put an immediate stop this barbarism by its armed forces and allow access to all those detained in the army rampage so that their condition and needs can be established.