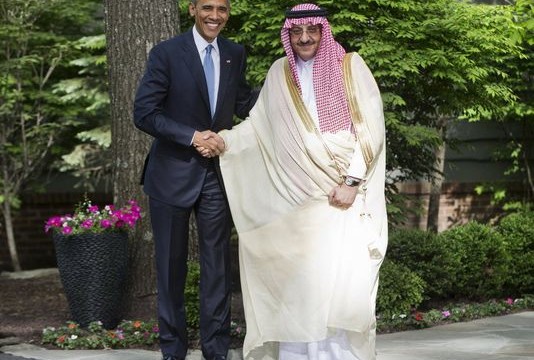 We need to know: Did Saudis help fund 9/11 attacks? Column

Do Americans have the right to learn whether a foreign government helped finance the 9/11 attacks? A growing number of congressmen and senators are demanding that a 28-page portion of a 2002 congressional report finally be declassified.The Obama administration appears to be resisting, and the stakes are huge. What is contained in those pages could radically change Americans’ perspective of the War on Terror.

The congressional Joint Inquiry Into Intelligence Community Activities Before and After the Terrorist Attacks of September 11, 2001, completed its investigation in December 2002. But the Bush administration stonewalled the release of the 838-page report until mid-2003 — after its invasion of Iraq was a fait accompli — and totally suppressed a key portion. Former senator Bob Graham, D-Fla., chairman of the investigation, declared that “there is compelling evidence in the 28 pages that one or more foreign governments was involved in assisting some of the hijackers in their preparation for 9/11.” Graham later indicated that the Saudis were the guilty party. But disclosing Saudi links to 9/11 could have undermined efforts by some Bush administration officials to tie Iraqi leader Saddam Hussein to the 9/11 attacks.

Suppressing the 28 pages was intensely controversial at the time. Sen. Richard Shelby, R-Ala., ​the vice chairman of the joint inquiry, urged declassification of almost all of the 28 pages because “the American people are crying out to know more about who funds, aids and abets terrorist activities in the world.” Forty-six senators, spearheaded by Sen. Chuck Schumer, D-N.Y., and including almost all the Democratic members, signed a letter to President Bush urging the release of the 28 pages.

Rep. Walter Jones, R-N.C., revived the push to declassify those pages in 2013. Jones is a conservative stalwart best known for coining the phrase “freedom fries” in 2003 when France opposed invading Iraq. He has since become one of the most outspoken opponents of reckless U.S. intervention abroad. Jones explained that he introduced a resolution because “the American people deserve the truth. Releasing these pages will enhance our national security, not harm it.”

Last month, Sen. Rand Paul, R-Ky., fresh from a bracing filibuster against the renewal of the Patriot Act, joined the 28-page fight. Paul introduced the Transparency for the Families of 9/11 Victims and Survivors Act, co-sponsored by Sens. Ron Wyden, D-Ore., and Kirsten Gillibrand, D-N.Y. The suppressed pages are another wedge between Paul and other Republican presidential candidates; New Jersey Gov.Chris Christie rejects declassification, instead urging deference to the president’s judgment on the issue.

Members of Congress can read the still-classified pages in a special secure room on Capitol Hill if they get prior permission from the House or Senate Intelligence Committee.

Rep. Thomas Massie, R-Ky., one of the few members to go read the report, was shocked: “I had to stop every couple of pages and just sort of absorb and try to rearrange my understanding of history for the past 13 years and the years leading up to that. It challenges you to rethink everything.” Massie is one of 18 co-sponsorsofJones’ resolution in the House.

Why is the Obama administration continuing to suppress a report completed more than a dozen years ago? It is not as if the White House’s credibility would be damaged by revelations of Saudi bankrolling the worst attack on American soil sincePearl Harbor (15 of the 19 hijackers were Saudis).

And it is not as if the Saudis became squeaky-clean Boy Scouts after 9/11. Saudi sources are widely reported to be bankrolling Islamic State terrorists throughout the Middle East; Gen. Martin Dempsey, the chairman of the Joint Chiefs of Staff, told a Senate committee last September that “I know major Arab allies who fund” ISIS.

President Obama just ordered more U.S. troops to Iraq to seek to rebuff the ISIS onslaught. If the Saudis are helping sow fresh chaos in the Middle East, that is another reason to disclose their role in an attack that helped launch conflicts that have already cost thousands of American lives and more than $1.6 trillion, according to the Congressional Research Service.

“Don’t confuse me with the facts” should not be the motto of the War on Terror. Self-government is an illusion if politicians can shroud the most important details driving federal policy. If Americans have learned anything since 9/11, it should be the folly of deferring to Washington secrecy.