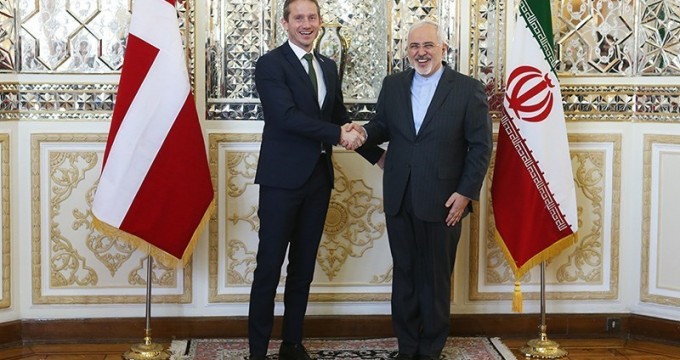 No obstacle to Europe’s presence in Iran’s financial market: Zarif

In a joint press conference with Danish Foreign Minister Kristian Jensen here in Tehran, Zarif said there is no barrier for European countries’ presence in Iran’s financial market.

He referred to banking cooperation as one of the most significant fields for bilateral ties between Iran and Denmark, adding that a Memorandum of Understanding (MoU) is going to be signed between the two countries’ banking officials.

“We believe once the cruel sanctions (against Iran) are terminated in the coming days, the last obstacles to mutual cooperation would be removed,” Zarif stressed.

Jensen, for his part, said that Tehran and Copenhagen can have good cooperation on Iran’s more positive and active role in the region.

Iran and the Group 5+1 (Russia, China, the US, Britain, France and Germany – also known as the P5+1 or E3+3) on July 14 reached a conclusion on a 159-page nuclear agreement that would terminate all sanctions imposed on Tehran over its nuclear energy program after coming into force.