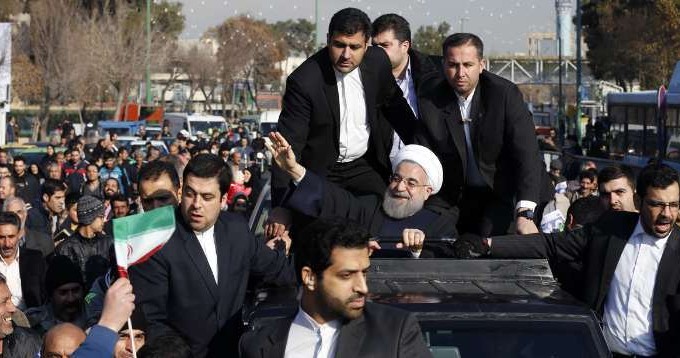 Talking to the public in city of Rey in the south of capital Tehran on Wednesday, he cited the figures provided by Iran’s statistics organization, saying the point-to-point inflation in the country was a one-digit figure standing at 9.9 percent.

This, he said, meant that the inflation rate which stood at 45 percent at inauguration of his government has now dropped to below ten percent.

The president pointed out that the government had a very difficult time this year due to plunging oil prices. He reminded the audience that oil prices, which hovered around 140 dollars per barrel, earned the country 31 dollars now.

He said the government was confronting plots by world hegemonic powers as well as certain regional countries who try to keep oil prices low.

However, the President stressed, only 25 percent of Iran’s next year budget is built on oil revenues.

He said this is exactly the same conditions the nation has been striving for years.

Though the situation was created partly because of enemies sanctions and the nation had no other choice, he said the country managed to gain something out of the situation, namely the steady shrugging of dependency on oil revenues.

He further called for public participation in solving problems the country is facing now in such areas as water, environment, transportation and agriculture.