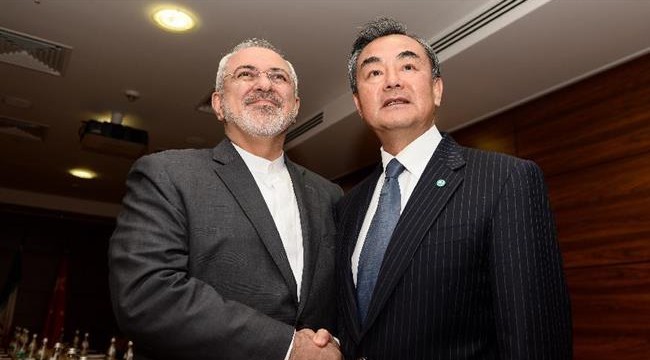 TEHRAN (Tasnim) – Iran’s Foreign Minister Mohammad Javad Zarif and his Chinese counterpart Wang Yi in a meeting in New York conferred on ways to end the devastating crisis in Syria.

At the meeting, the Iranian foreign minister said Tehran is keen to interact with China to help settle the deadly crisis.

The Iranian diplomat further noted that Beijing “has played a constructive role” during the two previous rounds of international talks on Syria.

He stated that Tehran and Beijing can reach better outcomes in cooperation with other participants in the New York meeting on Syria.

He said despite all efforts, there are still different views about certain issues but expressed hope that the parties would manage to reach better and more positive results in the third round of Syria talks.

The Chinese minister, for his part, expressed his country’s readiness to help resolve the Syrian conflict.

Beijing would make use of its utmost capacity in this regard, Wang said, and stressed the need for differentiating between opposition groups and terrorists in Syria.