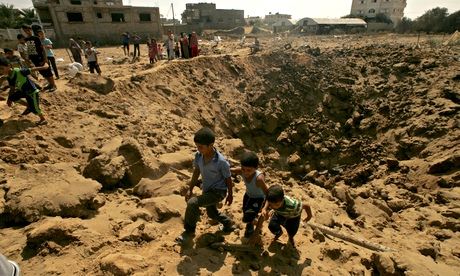 Tehran, December 16, The Iran Project- While Israeli regime has been accused of the massive imprisonment of  Palestinian minors; the Tel Aviv forces detained another child in East al Quds on Tuesday.

Witnesses said the 8-year-old child was arrested on Tuesday when he was about to enter a market. This is while according to a Palestinian rights group, since the beginning of October Israeli forces have arrested some 2,256 Palestinians, at least 399 of which are children.

In its latest report on the occasion of International Human Rights Day, Addameer, the Prisoner Support and Human Rights Association, announced that Palestinians marked the human right day while mourning over 118 Palestinians including 25 children who were killed by Israeli occupation forces in the past two months.

Meanwhile a new poll indicates that majority of Palestinians support resistance against Israeli through attacks. A poll conducted by the Palestinian Center for Policy and Research (PCPR) found that 67 percent of Palestinians see knife attack as effective to confront the Israeli violence.

Some 119 Palestinians have been reportedly shot dead by Israeli military forces and settlers for the alleged stabbing attempt in the occupied territories during past two months.

A Palestinian was shot and critically injured in East al-Quds on Monday. An Israeli official alleged that the Palestinian rammed his car in to the Israeli soldiers, injuring 11 Israelis in the city. The Palestinian had reportedly succumbed to his wound later in hospital.

The Palestinian resources also said Israeli forces arrested a Palestinian girl allegedly for carrying a screwdriver in East al Quds on Tuesday. Israeli officials alleged that she carried it for the intention of stabbing attack against Israelis.

Elsewhere in Ramallah and al-Khalil, Israeli soldiers detained at least 12 Palestinians during overnight raids on Tuesday. Israelis alleged that they were detained for “illegal activity”.